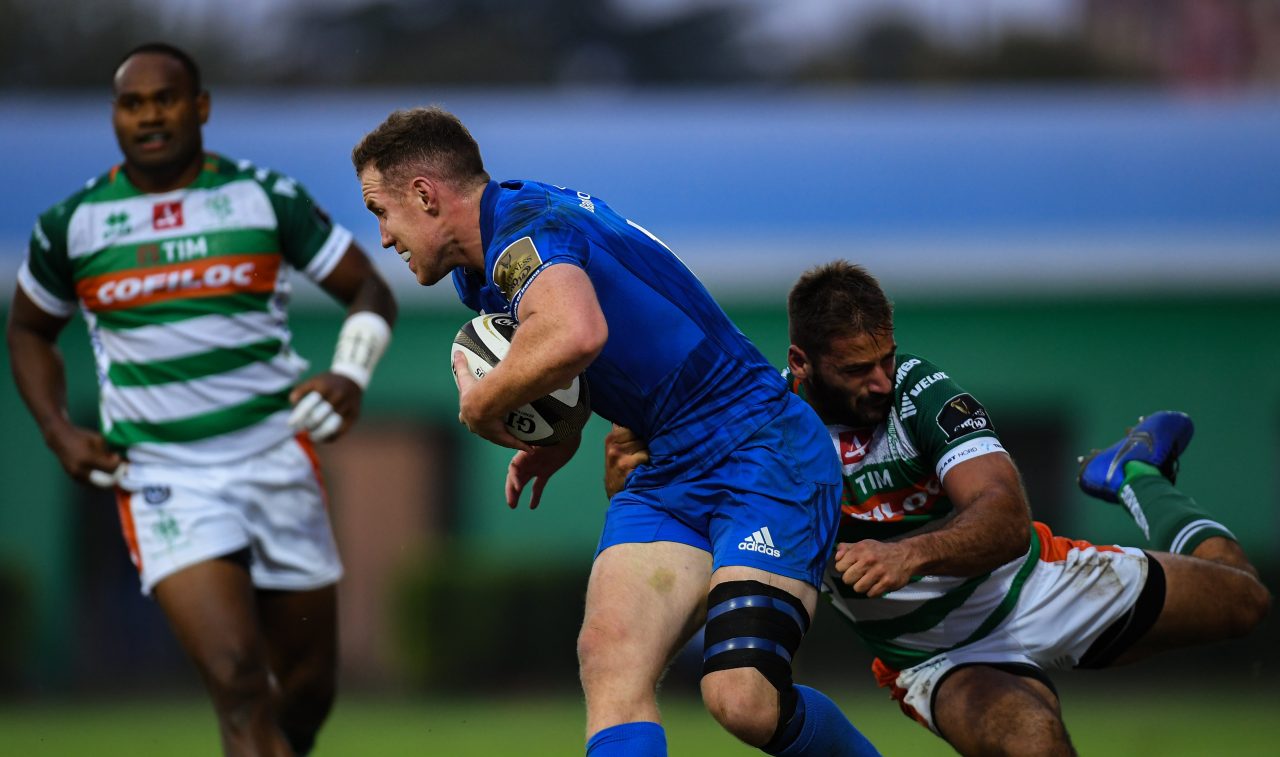 Leinster Rugby opened their 2019/20 Guinness PRO14 campaign with a victory away to Benetton Rugby in Treviso on Saturday evening.

Dave Kearney helped himself to a hat-trick on the night while one of two debutants, Harry Byrne, kicked a late penalty as Leinster clinched the bonus-point win.

The defending champions led 17-14 at half-time with Adam Byrne and Kearney contributing a try apiece while Ian Keatley converted tries for Derrick Appiah and Tomas Baravalle for Benetton.

The Italians were reduced to 14 after Iliesa Ratuva Tavuyara collided in the air with Kearney and the winger used the extra space to his advantage bagging his second try in the 50th-minute.

Benetton reclaimed the lead right on the hour mark, Joaquin Riera opened up the defence with a terrific counter-attacking run. He was tackled just short before replacement Sperandio scrambled over to the right of the posts, adding to Keatley’s earlier penalties.

Man-of-the-match Kearney sealed his hat-trick when Leinster worked the ball to the left wing where replacement Hugh O’Sullivan and Ross Byrne set him up to go over in the corner past Angelo Esposito.

Another Academy member, Michael Milne, replaced fellow Offaly man Peter Dooley in the 70th minute, to make his first appearance for the club.

With Leinster leading 29-21, it was left to debutant Byrne to kick an extra three and clinch the win.

Leinster Rugby return to the RDS Arena to face Ospreys on Friday, 4 October, at 7.35pm. Tickets are on sale now from €25.