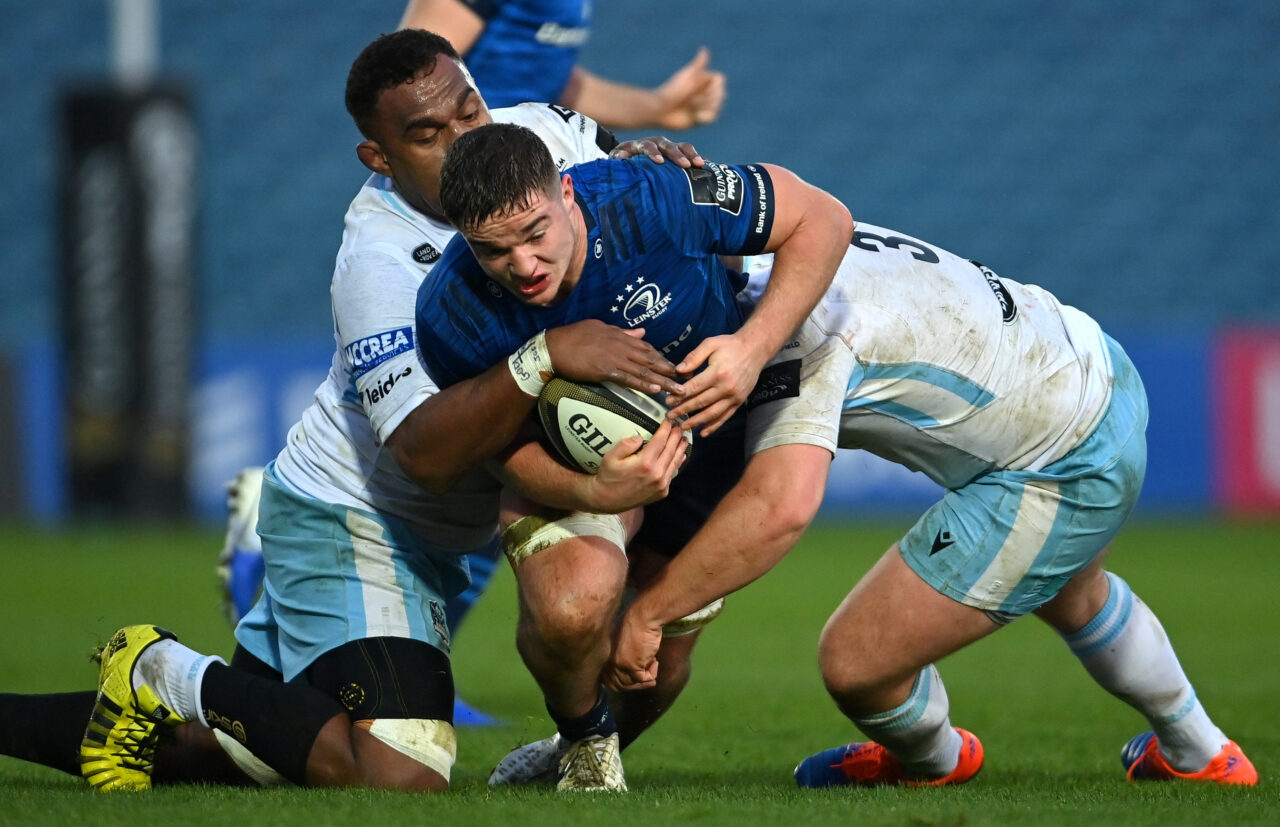 Leinster Rugby enjoyed a six-try 40-21 victory over Glasgow Warriors in the Guinness PRO14 on their RDS Arena return.

Leading 28-7 at the break against 14-man Warriors after out-half Adam Hastings had been sent off for dangerous play, Leinster survived a fightback to pull away in the final 10 minutes.

Harry Byrne opened the scoring in the second minute with a penalty try coming soon after and player of the match Scott Penny drove over for his first of two tries midway through the half.

He got his second just before the interval while Thomas Gordon had hit back with a converted Glasgow try.

Despite their numerical disadvantage, Glasgow pulled it back to 28-21 when Rufus McLean and Huw Jones both dotted down with Ross Thompson applying the extras.

Leinster captain Luke McGrath restored the cushion while Cian Kelleher added his name to the score sheet, a second try in three games for the winger.

Attention now turns to a top of the table clash with Ulster at Kingspan Stadium on Saturday.