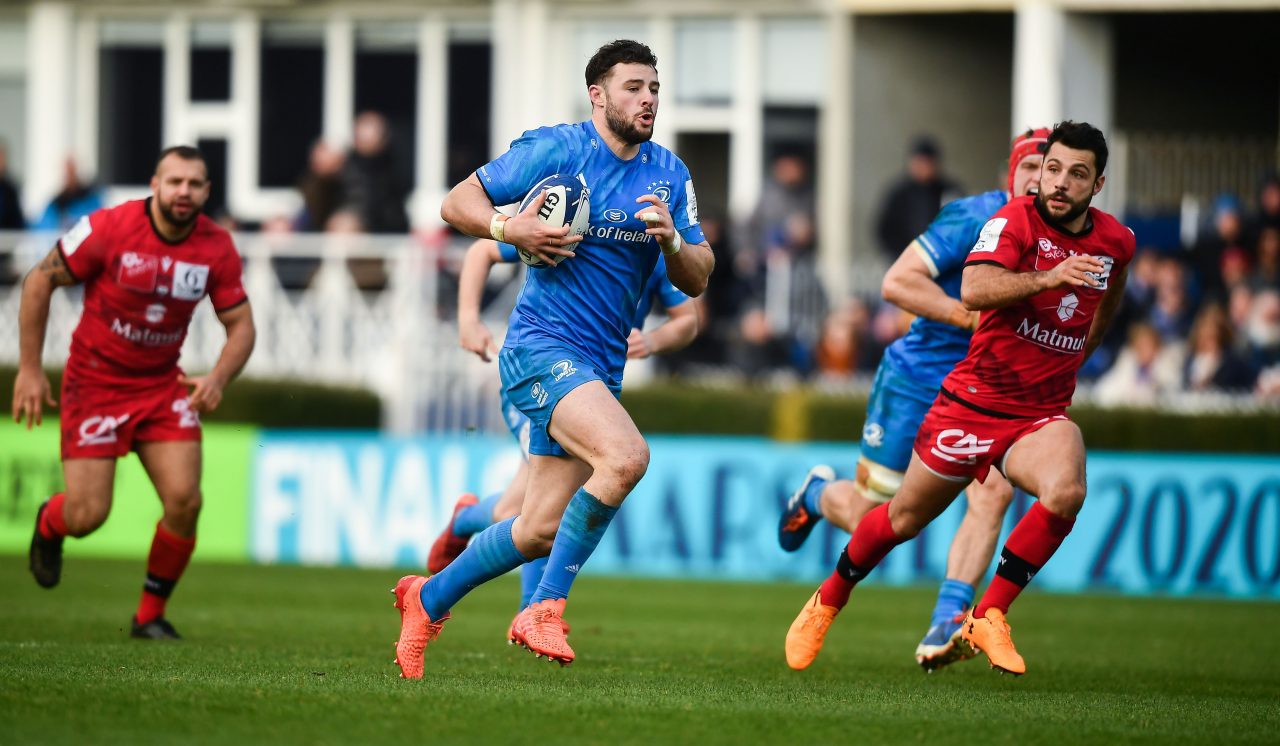 Leinster Rugby made it five from five in Pool 1 of the Heineken Champions Cup with a 42-14 win over Lyon yesterday at the RDS Arena.

Leading by seven at the interval, they scored three further tries in the second half to clinch the bonus point on their way to victory.

Leinster almost enjoyed the perfect start when Luke McGrath got on the end of Dave Kearney’s kick only for the TMO to adjudge that McGrath was offside.

Kearney then pounced for the first points of the game in the ninth minute. A quick penalty sent cross field by Ross Byrne was fielded by James Lowe who handed off to the waiting Kearney.

A determined Josh van der Flier added to that just five minutes later. dragging other bodies to the line with him.

Virgile Bruni responded with an intercept try for Lyon before Scott Fardy was denied by the TMO. Kearney soon dotted down for his second, again with Lowe’s help.

Hendrik Roodt narrowed the deficit with his burrowing effort just before half-time.

The province held firm in the second half preventing the French club from adding any further points.

Meanwhile, at the other end, man-of-the-match Max Deegan and front row replacements Seán Cronin and Andrew Porter all added to Leinster’s tally with Ross Byrne hitting five conversions from five and Ciarán Frawley slotting the sixth.

Attention now turns to the final Pool game against Benetton in Treviso next Saturday.