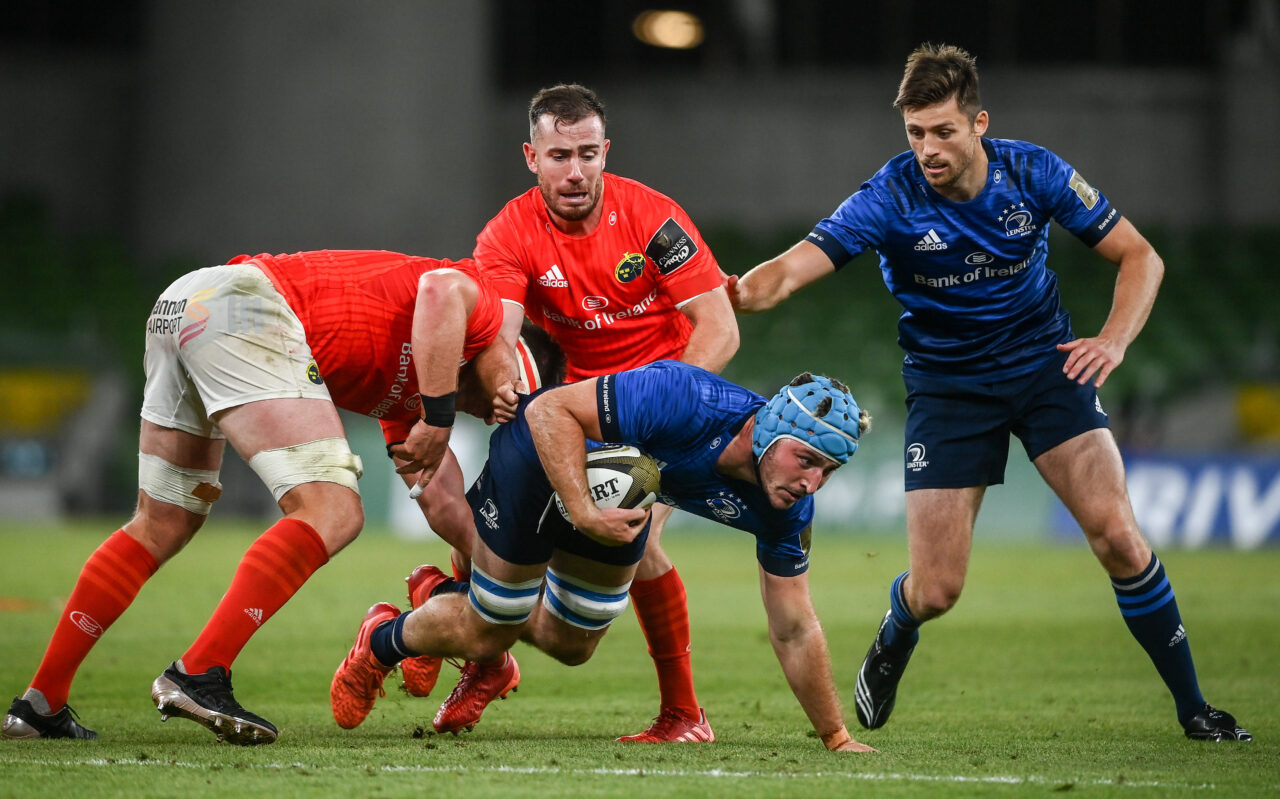 Leinster Rugby returned to action in the GuinnessPRO14 on Saturday with a tightly-contested 27-25 win over neighbours Munster at Aviva Stadium.

Healy burrowed over in the 19th minute from the back of a lineout maul and Sexton’s conversion tied the game after Andrew Conway had earlier given Munster the lead.

Out half JJ Hanrahan gave the southern province the advantage heading into half time as he slotted two penalties either side of a successful Sexton kick.

However, midfield duo Robbie Henshaw and Ringrose combined to put Leinster in front at the interval.

The former played a delicate grubber underneath the posts and Ringrose beat Munster flanker Tommy O’Donnell to the prize.

When Sexton and second row Ryan Baird combined wonderfully to put Lowe away for Leinster’s third try, an 11-point lead was opened on the scoreboard.

After Keith Earls cut the deficit with a converted try, their first of two while Devin Toner was in the sinbin, replacement Ross Byrne added a penalty from just outside the 10m line that would prove crucial.

A 71st-minute try for Conway ensured that it would be a nail-biting finish but a timely interception from Toner ultimately sealed the win.