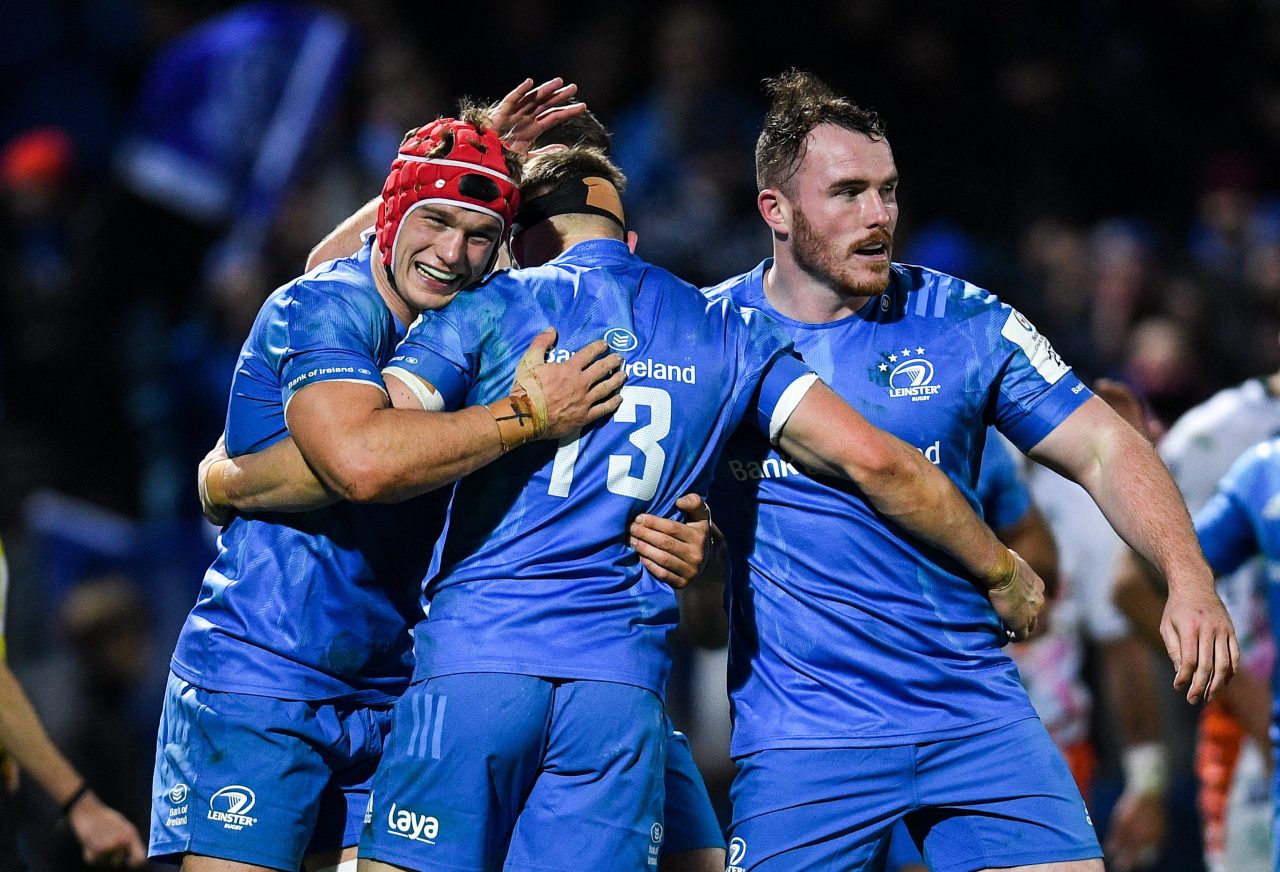 Centre Garry Ringrose helped himself to a hat-trick on Saturday in Leinster Rugby’s opening game of the 2019/20 Heineken Champions Cup against Benetton.

The five-try bonus-point win started with Ringrose’s fourth-minute try and he had a second in the 14th minute after Dean Budd had responded for the visitors.

Rónan Kelleher then marked his European debut with a try, profiting from the numerical advantage while Benetton prop Nicola Quaglio was in the bin.

Early in the second half, captain Johnny Sexton squeezed out of a tackle before swapping passes with Josh van der Flier to swoop in for a try of his own, adding to his eventual total of 11 points for the afternoon.

The Treviso outfit hit back through Hame Faiva, the hooker touching down after some robust work from their pack. Ringrose then completed his hat-trick with another tidy finish off.

Benetton had the last word when full-back Jayden Hayward put Luca Sperandio over in the corner.

Join the roar at Aviva Stadium when Leinster Rugby takes on Northampton Saints in the Champions Cup! Tickets are available now from €25.