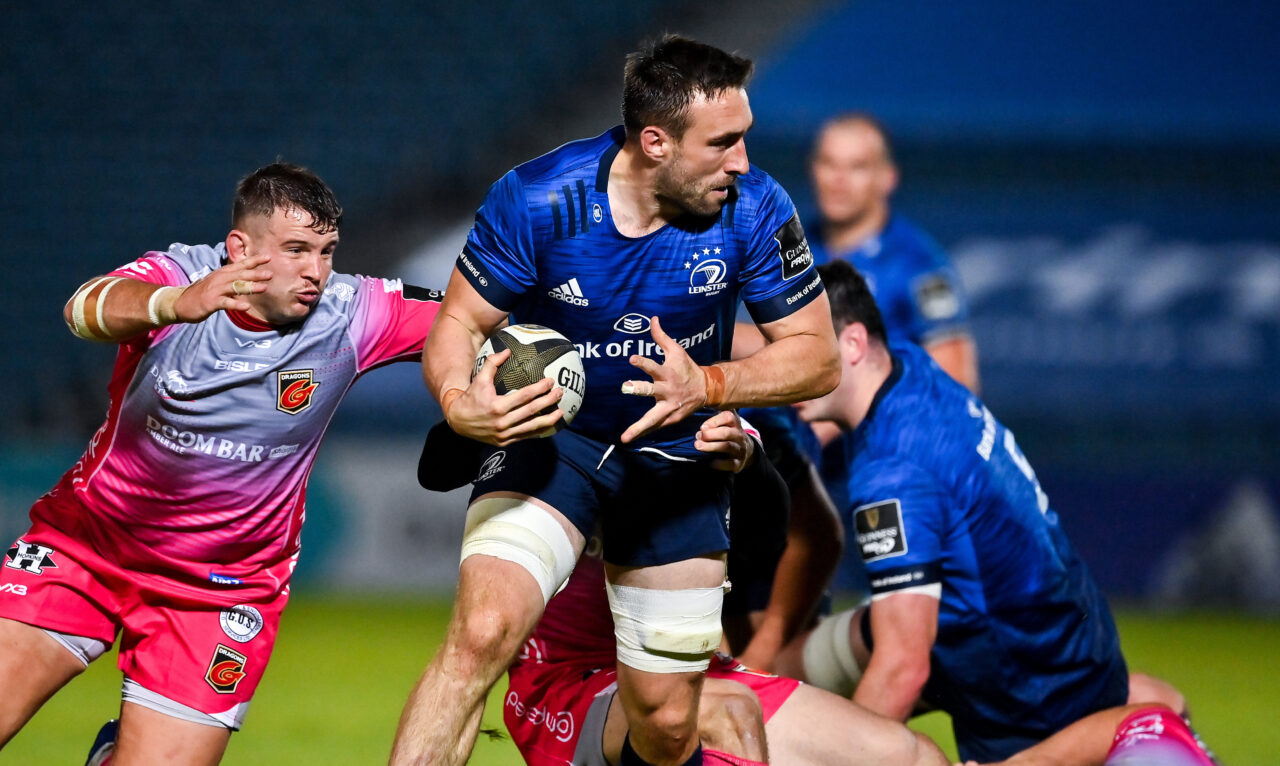 Leinster Rugby’s 2020/21 Guinness PRO14 campaign began on Friday night with a 35-5 victory over Dragons at the RDS Arena.

The hosts wasted no time in drumming up a 21-0 half-time lead thanks to tries from Garry Ringrose, Jordan Larmour, and James Lowe.

Captain Johnny Sexton converted the first try before retiring to the sideline as Larmour dotted down meaning Ringrose was required to stand over the extra-points attempt.

The centre slotted a wonderful kick between the posts from the touchline with replacement Ross Byrne converting try number three becoming the province’s third successful kicker of the evening with just half an hour played.

Ryan Baird, freshly introduced from the bench, got Leinster’s fifth and final try of the evening when he punished a miscue at the Welsh side’s lineout.

Hugo Keenan looked to have added another late on but it was ruled out after consultation with the TMO prompting referee Andrea Piardi to instead blow the full-time whistle.