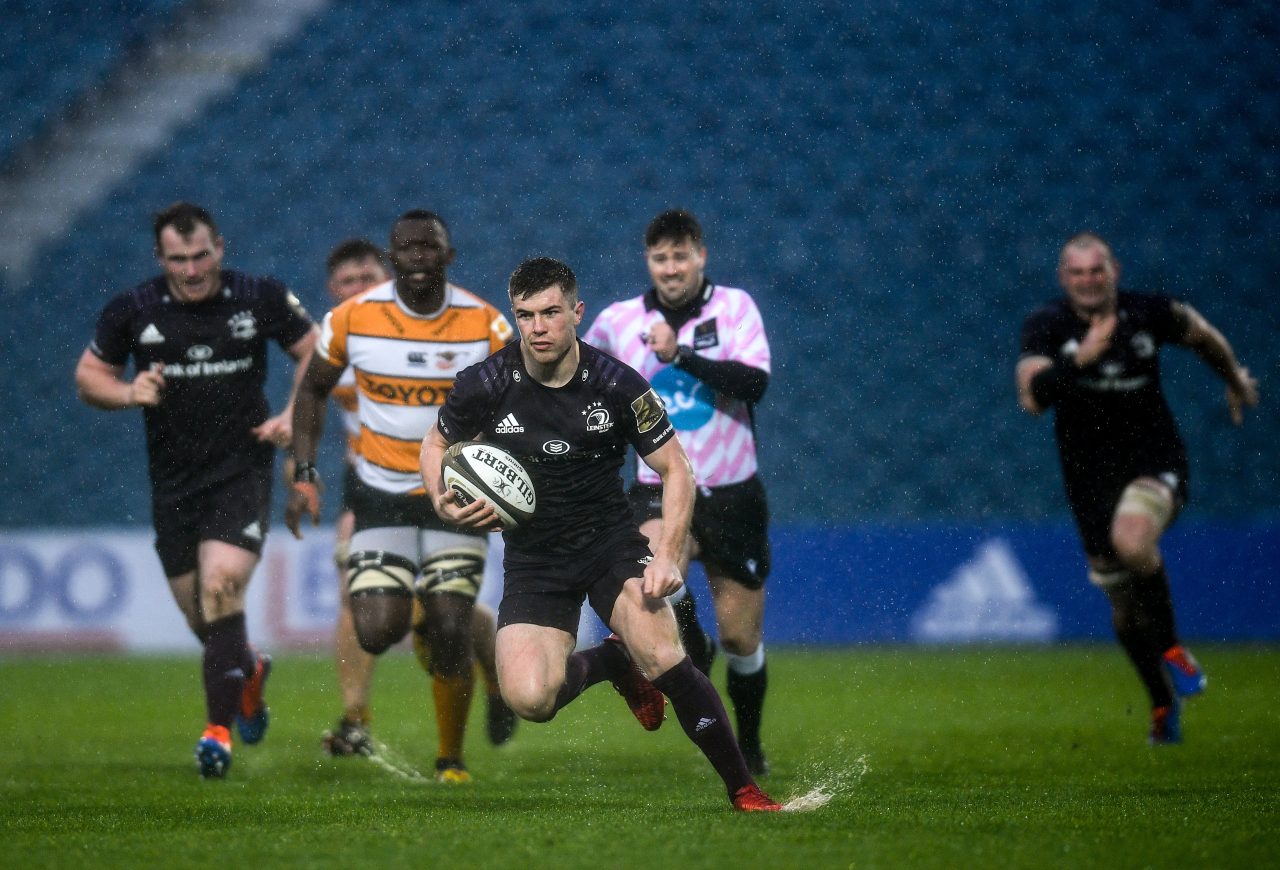 Leinster Rugby returned to Guinness PRO14 action at the weekend with a 36-12 win over South African side Cheetahs at the RDS Arena.

In the midst of Storm Dennis, Leinster built up a 22-0 first half lead thanks to tries from Will Connors, Michael Bent and new Ireland cap Rónan Kelleher.

Connors opened the scoring at the end of the first quarter with his first senior points after Max Deegan’s break had given the province good field position.

Ciarán Frawley converted before adding a further three in the 28th minute when Cheetahs’ Charles Marais was sent to the bin for a shoulder charge.

Another Deegan break from a short Frawley pass opened up the South Africans’ defence again, and after Kelleher was stopped short, a well-supported Bent soon burrowed over for his third try of the season.

Kelleher increased his influence with a turnover penalty, and the subsequent maul – right on the stroke of half-time – saw the 22-year-old front rower power over for a deserved five-pointer.

Luke McGrath’s snappy break quickly launched Leinster forward on the resumption, Ruddock soon driving in under the posts with Ross Molony on his shoulder. The latter secured lineout possession for the drive which Connors broke from for his second try of the day, converted once more by Frawley.

Replacement forwards Luan de Bruin and Aidon Davis both crossed for Cheetahs during the final 18 minutes.

Tickets are still available for Leinster Rugby’s next home game against Glasgow Warriors in the Guinness PRO14 on Friday, 28 February. Get yours now.