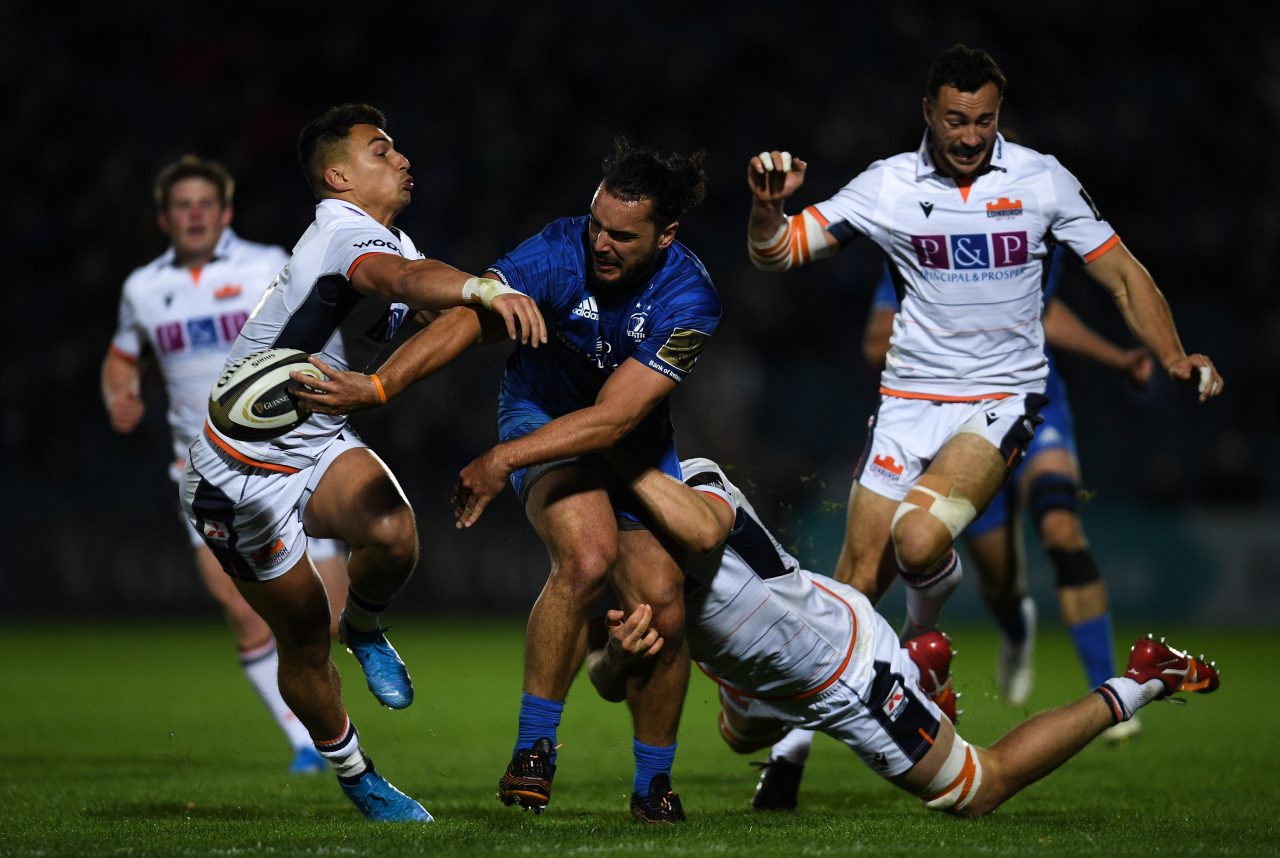 On Friday night, Leinster Rugby made it three wins from three to start their 2019/20 campaign with a 40-14 victory over Edinburgh Rugby at the RDS Arena.

Following his debut in the previous week’s win over Ospreys, it proved to be another special night for scrum-half Rowan Osborne as he came off the bench to score his first senior try for the province.

By the time of Osborne’s score, a sizeable gap had opened between the sides but it was hard-earned.

Just past the half-hour mark, Edinburgh held a 7-5 lead and a two-man advantage after Joe Tomane and Michael Bent were both shown yellow cards.

The latter returned from the bin to edge Leinster in front heading in at the break.

That lead was extended within two minutes of the restart when Caelan Doris barged through two attempted tackles to score.

His back row partner Scott Penny was next to get points on the board, driving low for the line.

Replacement Michael Milne notched his second try in as many weeks before Osborne got in on the act after an exhilarating break from Jimmy O’Brien and offload from James Lowe.

A clever Charlie Shiel dummy from a scrum helped pull back seven points for Edinburgh.

Leinster Rugby return to the RDS on Friday, 1 November, when they face Dragons in Round 5 of the Guinness PRO14. Tickets are available now from €25.