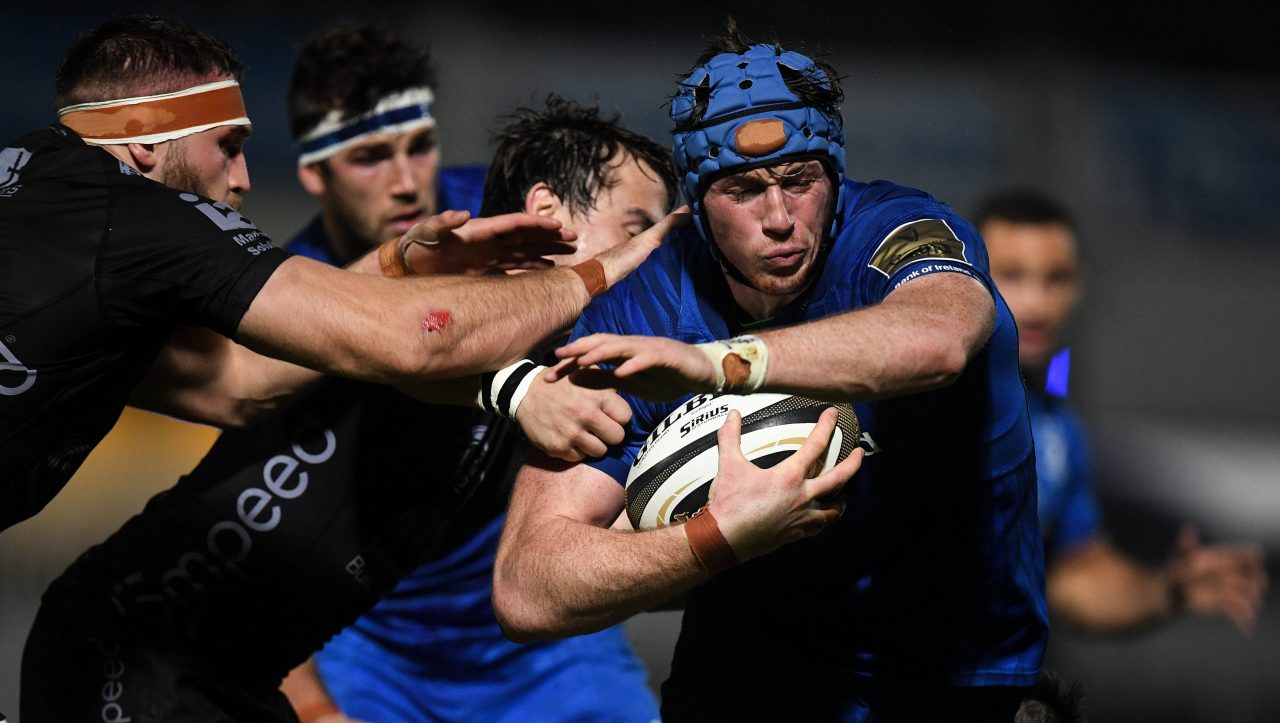 Dave Kearney and James Lowe both touched down twice in the win which was boosted by a strong second-half from the province.

Michael Bent, with his second score in three games, opened the scoring before Kearney got his first.

Harry Byrne, making his first start, also got in on the act in the first half, notching his second of the season and giving Leinster a 19-8 lead at the break.

Dragons replied with an opportunist Jordan Williams try keeping them in contention.

Leo Cullen’s men were in rampant form in the second half as efforts from Rónan Kelleher, Kearney, Lowe (2) and replacement Hugh O’Sullivan took them to the half-century mark.

Kelleher barged over from a lineout maul in the 43rd-minute to clinch the bonus point and Kearney got his second after a Byrne cross-field kick and excellent support lpay from Scott Penny and Conor O’Brien.

Lowe’s first effort proved to be the beginning of a five-minute salvo in which Leinster added three further tries to their total.

First, the Kiwi winger profited from a clever interchange between Rory O’Loughlin and Jimmy O’Brien and then he swooped for his second after Williams took his eye off a pass and dropped it into the waiting Lowe’s hands with nobody between him and the line.

In between those scores, O’Loughlin’s kick through had spun loose and O’Sullivan reacted quickest to score his first senior try for the province.