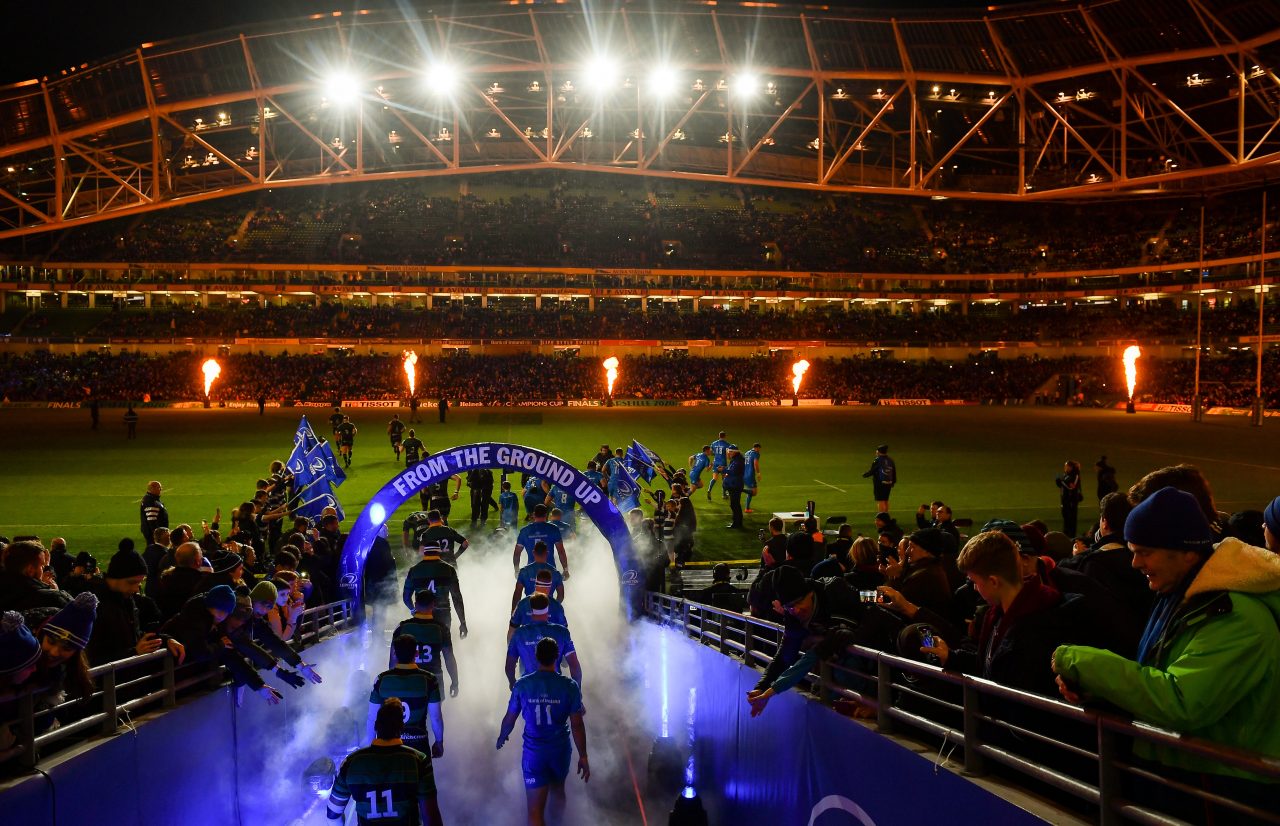 Garry Ringrose got his second hat-trick of the 2019/20 Heineken Champions Cup campaign as Leinster Rugby beat Northampton Saints 50-21 at Aviva Stadium on Saturday.

The centre opened his account within a minute of kick-off when he charged down an attempted clearance before running the loose ball back into the corner.

He followed it up with a second just four minutes later and completed his hat-trick in the 47th minute with what was then Leinster’s sixth try of the day.

The province had accumulated a 17-point lead by half-time thanks to Tadhg Furlong and Dave Kearney adding to Ringrose’s two efforts.

Saints had replied in the form of two converted tries by Dan Biggar and Ollie Sleightholme.

Leinster started the second half as they did the first, this time it was James Lowe who touched down with just under two minutes played in the half.

There was also a first European try for No 8 Caelan Doris late on as Leinster clinched a quarter-final spot with two Pool games to spare.