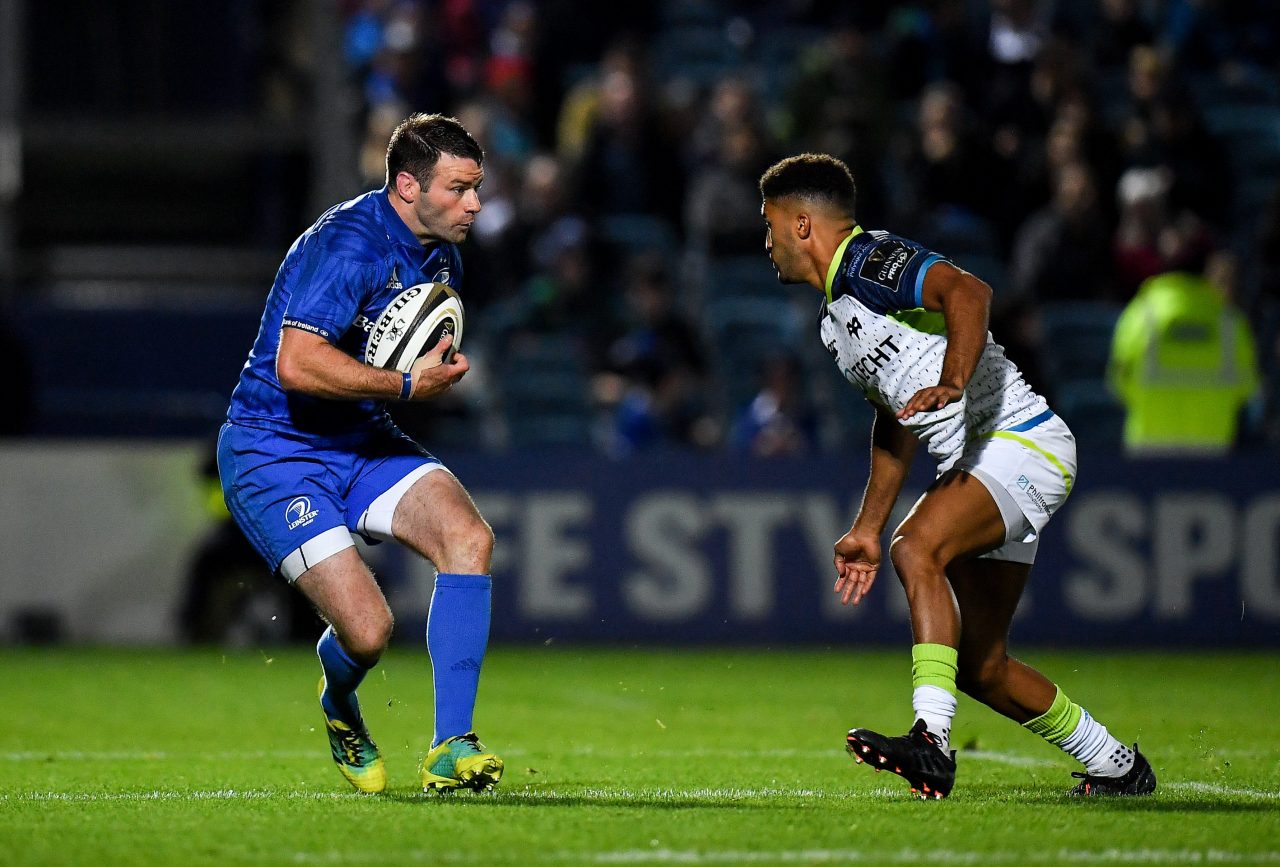 Leinster Rugby continued their positive start to the 2019/20 Guinness PRO14 with a second bonus-point victory in a row, this time against Ospreys.

Leo Cullen’s team ran in eight tries against the Welsh region, including a first senior try which led to a hat-trick for Rónan Kelleher.

Harry Byrne and Michael Milne both came off the bench for their second Leinster senior appearance, and both capped it with their first senior try.

Ross Byrne got the ball rolling with the first three points of the night in the third minute.

Fergus McFadden then got the first try when Byrne delicately chipped the ball over the Ospreys line where the winger was waiting with time and space.

Soon after, Kelleher pounced for his first of three. The hooker provided a strong support line for Will Connors and showed an excellent turn of pace to finish.

The next try was another first as Joe Tomane dotted down for his first score at the RDS, profiting from Ross Byrne’s awareness and quick hands.

Leinster carried a 22-0 lead into the break and continued in the same fashion very quickly after the restart.

James Lowe followed his own chip into the corner and a powerful Leinster play at the breakdown caused the ball to spill loose with Kelleher reacting fastest and diving over the whitewash.

His third followed soon after from a lineout maul before the replacements came in to complete the job.

All of Max Deegan, Harry Byrne and Milne got on the score sheet late on to seal the 48-point win.