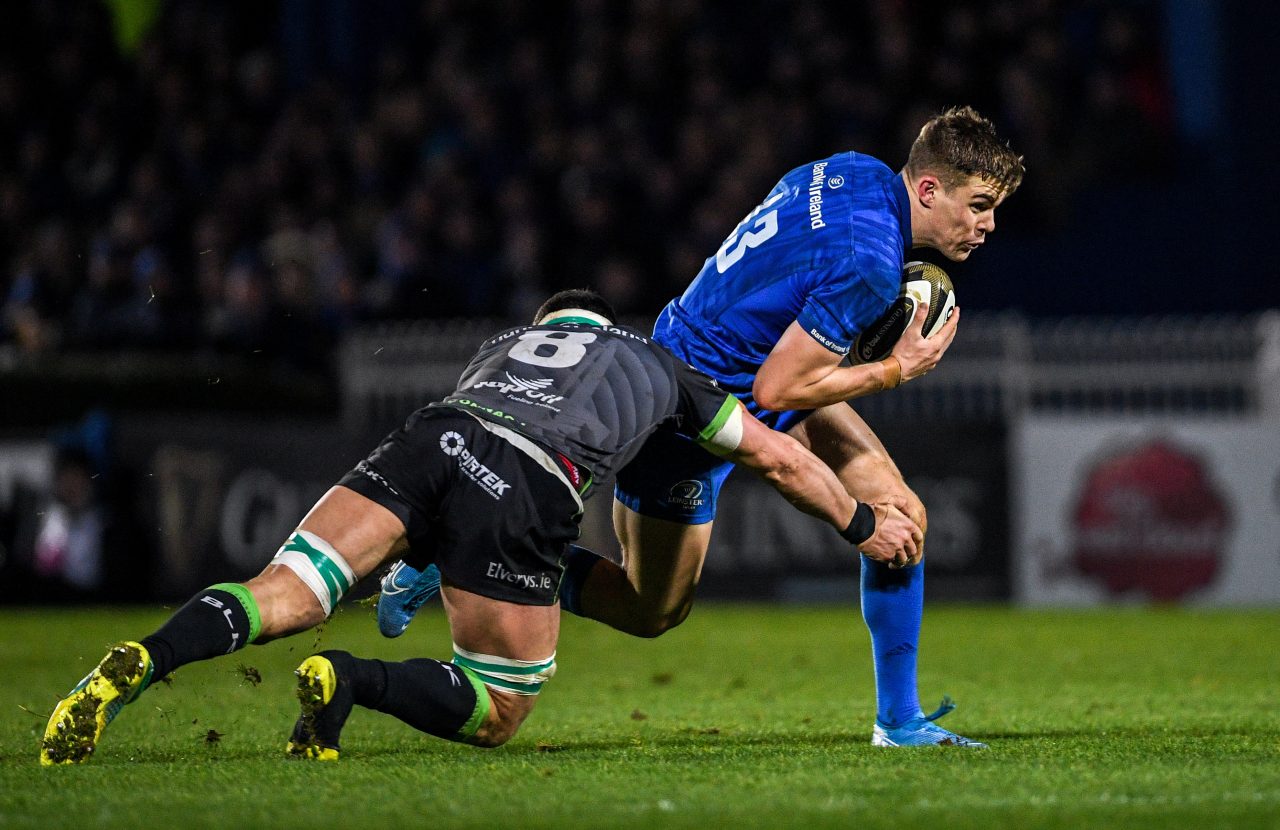 Leinster Rugby rang in the new year with an impressive 54-7 Guinness PRO14 victory over Connacht Rugby at the RDS Arena on Saturday evening.

Leo Cullen’s men ran in eight tries, including six in a first half where they looked particularly menacing.

The bonus point was in the bag with just under 20 minutes on the clock as Max Deegan, Dave Kearney, Ciarán Frawley – who also converted six tries – and Joe Tomane all crossed over.

Further first half tries came from Luke McGrath and Deegan again as the hosts ran up a 40-0 lead at the break.

Deegan then turned provider, setting up his third try of the evening, when he slipped Garry Ringrose through for his first of two in the 47th minute.

Replacement Stephen Kerins and Niyi Adeolokun increased Connacht’s attacking threat with breaks through the middle and out wide, and their endeavour was rewarded with Tom McCartney’s pushover effort.

Try number eight for Leinster then arrived when Ringrose nipped over in the right corner via a Jamison Gibson-Park kick. Harry Byrne’s well-struck conversion ensured it was Leinster’s highest ever points tally against Connacht.

Over 17,000 tickets have been sold for Leinster Rugby’s final home Pool game of the 2019/20 Heineken Champions Cup against Lyon. Get yours now.