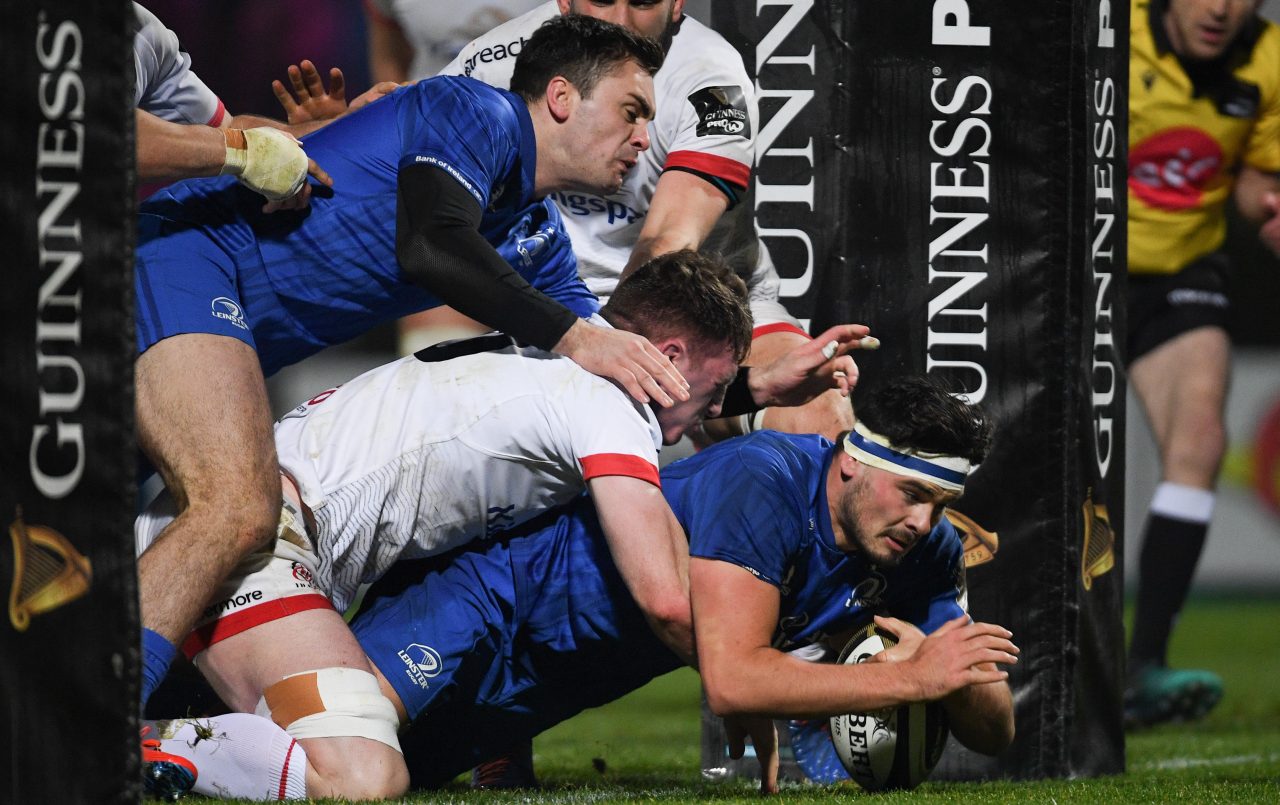 Leinster Rugby opened a 12-point gap at the top of Guinness PRO14 Conference A on Friday, defeating second-placed Ulster 54-42 at the RDS Arena.

Max Deegan opened the scoring with his first of two tries in just the second minute to set Leinster on the way to a 33-14 half time lead.

Scott Penny (2), Robbie Henshaw and Fergus McFadden also touched down in that opening 40 minutes while Angus Kernohan and Matt Faddes responded for the visitors.

Rob Kearney and Cian Kelleher stretched the advantage in the early stages of the second half before a resilient Ulster fought back late on.

Craig Gilroy initiated their revival in the 57th minute before a Greg Jones brace and late Johnny Stewart effort brought it back to 54-42.

Man of the match Harry Byrne kicked 14 points for Leinster as well as impressing in attack.