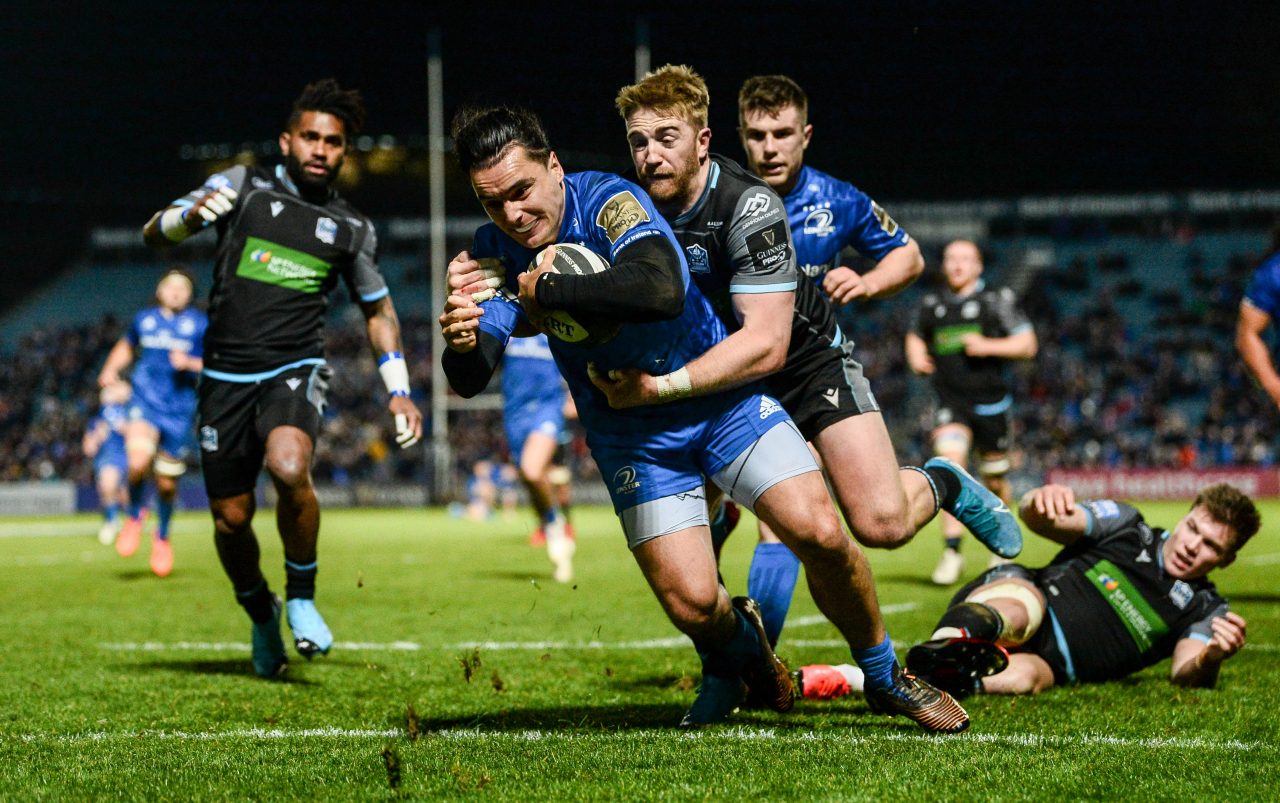 Leinster Rugby extended their lead at the top of Guinness PRO14 Conference A with a 55-19 win over Glasgow Warriors at the RDS Arena on Friday.

On the night, both Academy lock Ryan Baird and winger Dave Kearney picked up hat-tricks with the former also adding the Guinness Player of the Match accolade to his night’s work.

It took just three minutes of the contest for Baird to touch down, opening his account for the province in his seventh cap.

Kearney added his first in the 11th minute and efforts later in the half from James Lowe and Scott Fardy sealed the bonus-point, while Tommy Seymour had responded for Glasgow.

Kyle Steyn pulled another one back for Glasgow in the 42nd minute before Lowe got his second, breaking from halfway and holding off Huw Jones to dot down in the corner.

Baird repeated that act moments later with a stunning run through the heart of the Glasgow defence, quickly followed by his third from a pick-and-go to complete the hat-trick.

Niko Matawalu’s break and an excellent offload by Jamie Dobie put fellow replacement Allan in under the Leinster posts in the 70th minute. Yet, Leo Cullen’s side pushed through the 50-point barrier, Fardy starring in the build-up to Kearney’s second of the night before Jones’ loose offload gave the Ireland winger his third.