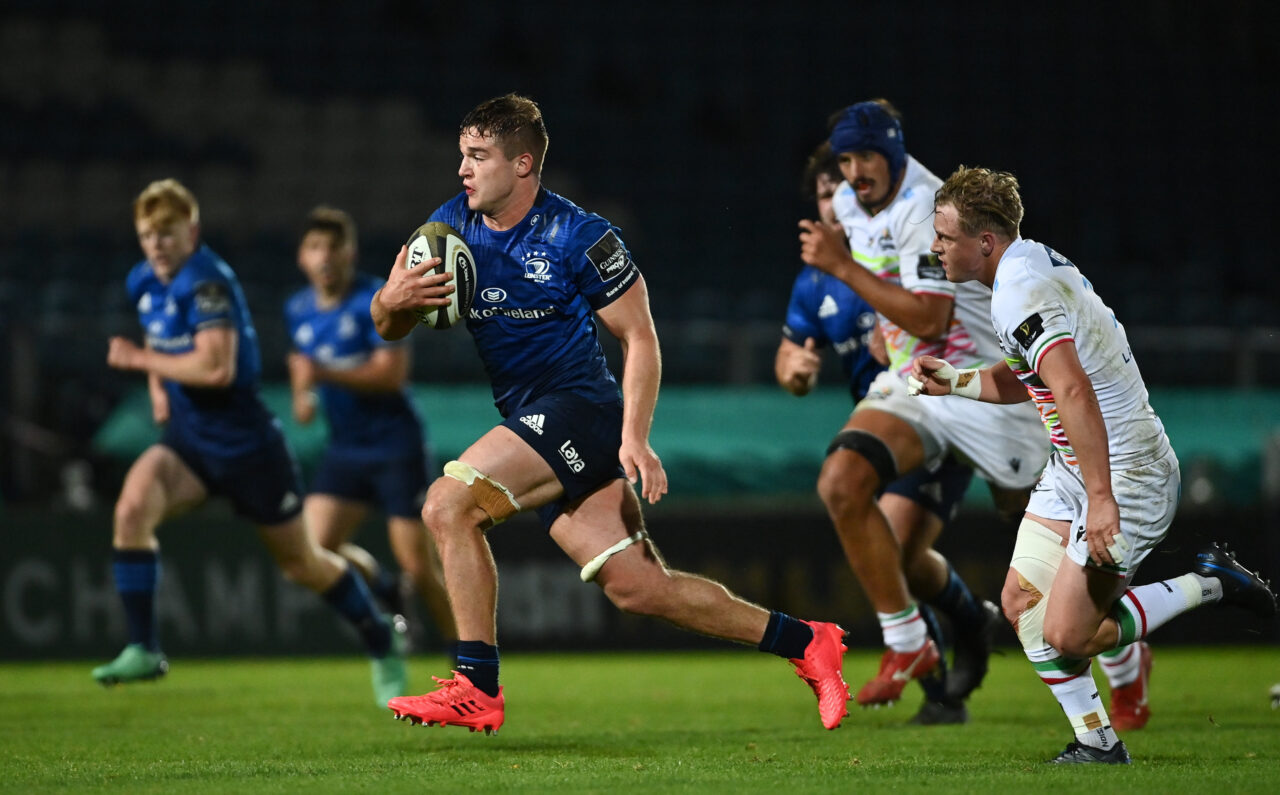 Leinster Rugby continued their unbeaten start to the 2020/21 Guinness PRO14 season on Friday with a 63-8 win over Zebre at the RDS Arena.

Debutant Dan Sheehan capped his first senior appearance for the province with a brace of tries and the Guinness Player of the Match award.

He was joined in making his maiden bow by loan-signing Ciaran Parker and Academy duo Liam Turner and Michael Silvester.

Tighthead Michael Bent opened the scoring in the 12th minute with Sheehan, Dave Kearney and Tommy O’Brien adding to Leinster’s tally with just a Pablo Pescetto penalty in reply for Zebre.

After the break, Sheehan got his second within a minute of the restart while Josh Murphy followed him over the goal line soon after.

Introduced from the bench, Parker made an immediate impact, taking Hugh O’Sullivan’s pass and barging over from close range.

O’Brien grabbed his second before Scott Penny picked off the province’s ninth try in the 75th minute, all of which were remarkably converted by Harry Byrne, a new record Leinster Rugby professional era record, surpassing David Holwell’s eight against Bourgoin in December 2004.