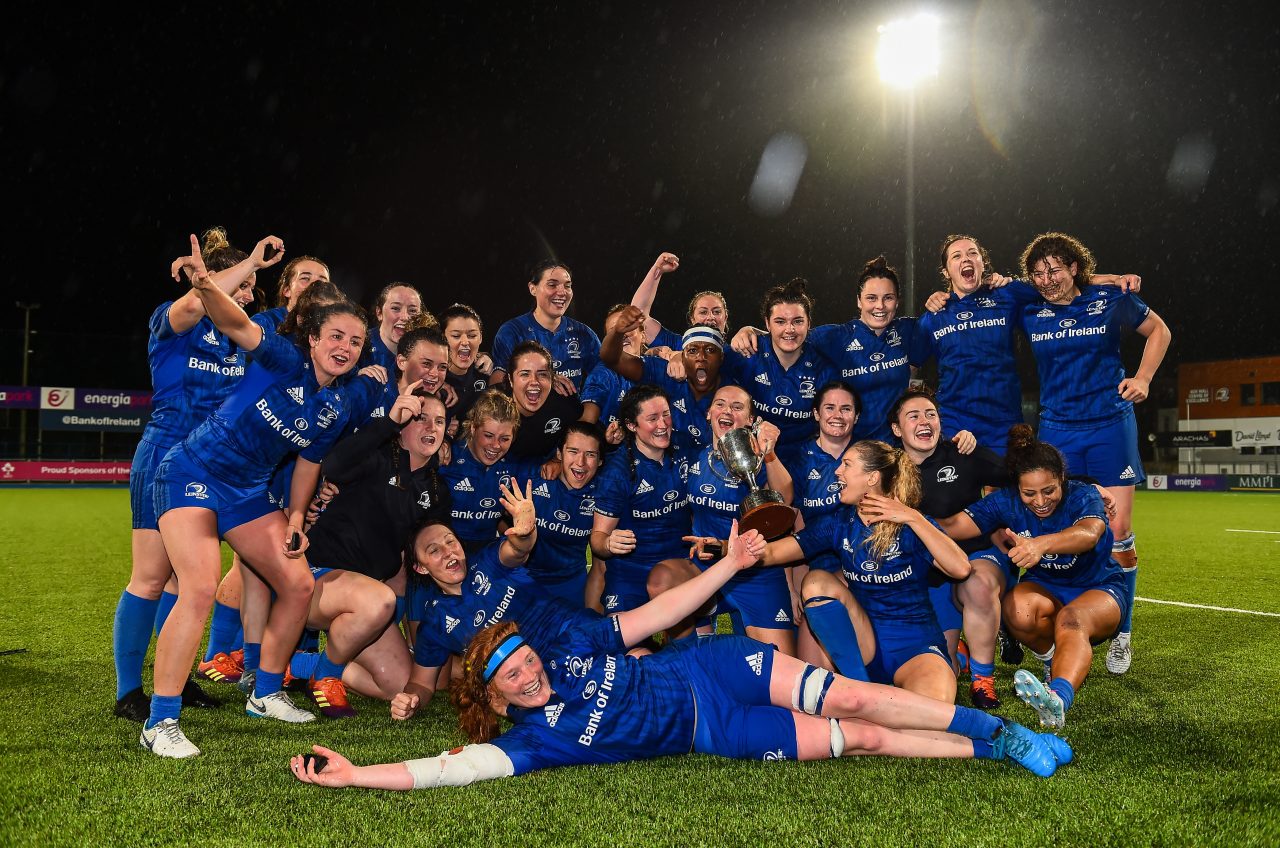 First half tries from Lindsay Peat, Elise O’Byrne White and Grace Miller had Leinster 15-0 ahead in the driving rain.

The western province rallied in the second half and brought the score back to just a three-point margin thanks to Edel McMahon and Beibhinn Parsons.

Leinster needed to dig deep to hold the tide of Connacht attack back and that resilient defence was rewarded when Hannah O’Connor got Leinster’s fourth try and gave her side some breathing room.

Leinster came again once more before the finish when Juliet Short was taken in the air at a lineout. They opted to go for touch at the Connacht five-metre line. They secured the lineout and Judy Bobbett crashed over to apply the finishing touch and seal the victory.