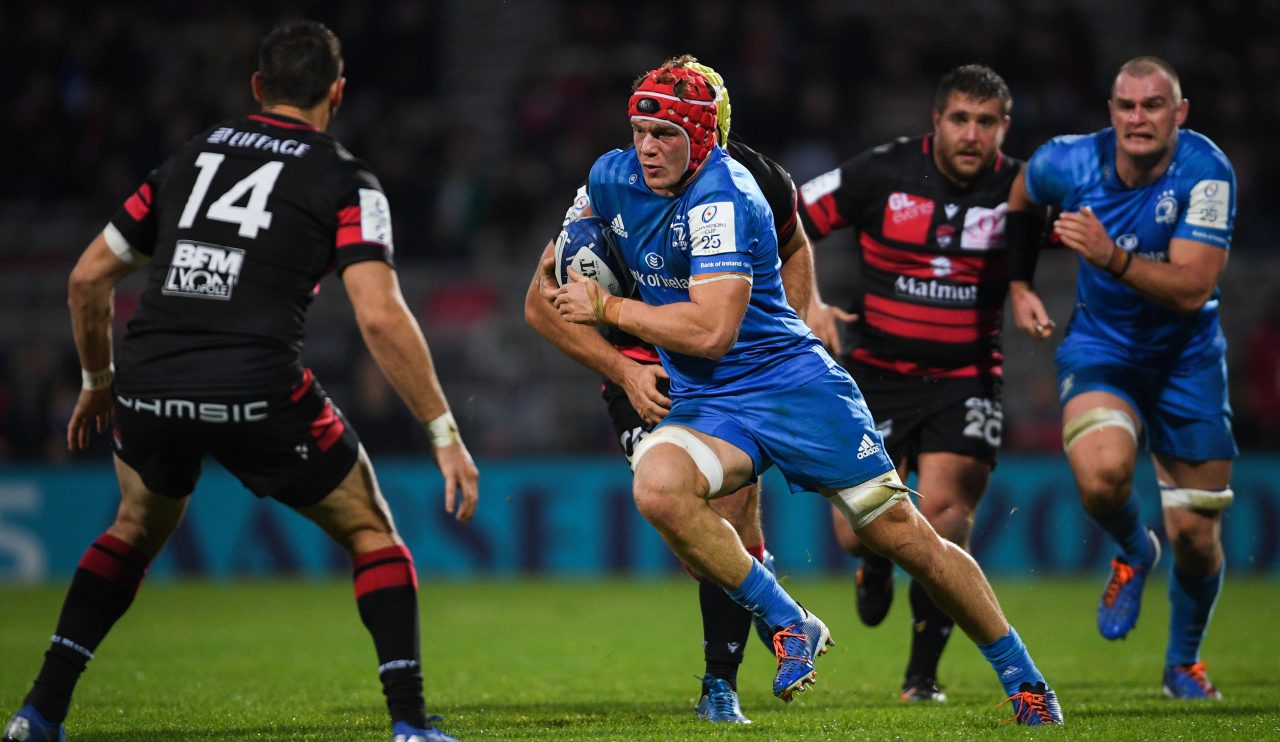 Leinster Rugby retained top spot in Heineken Champions Cup Pool 1, ahead of Northampton Saints on points difference, after a 6-13 win over Lyon at Matmut Stadium de Gerland on Saturday.

Max Deegan scored the game’s only try in the 21st-minute after Johnny Sexton had given Leinster a three-point lead with an 8th-minute penalty.

Lyon controlled the closing stages of the first half but, despite going down to 14 men after a yellow card for Jordan Larmour, Leinster kept the Top 14 leaders out to lead 10-0 at half-time.

Defences dominated for the rest of the contest with two Jonathan Wisniewski penalties either side of a Sexton effort the only scores of the second half as Leinster claimed a valuable away win on French soil.