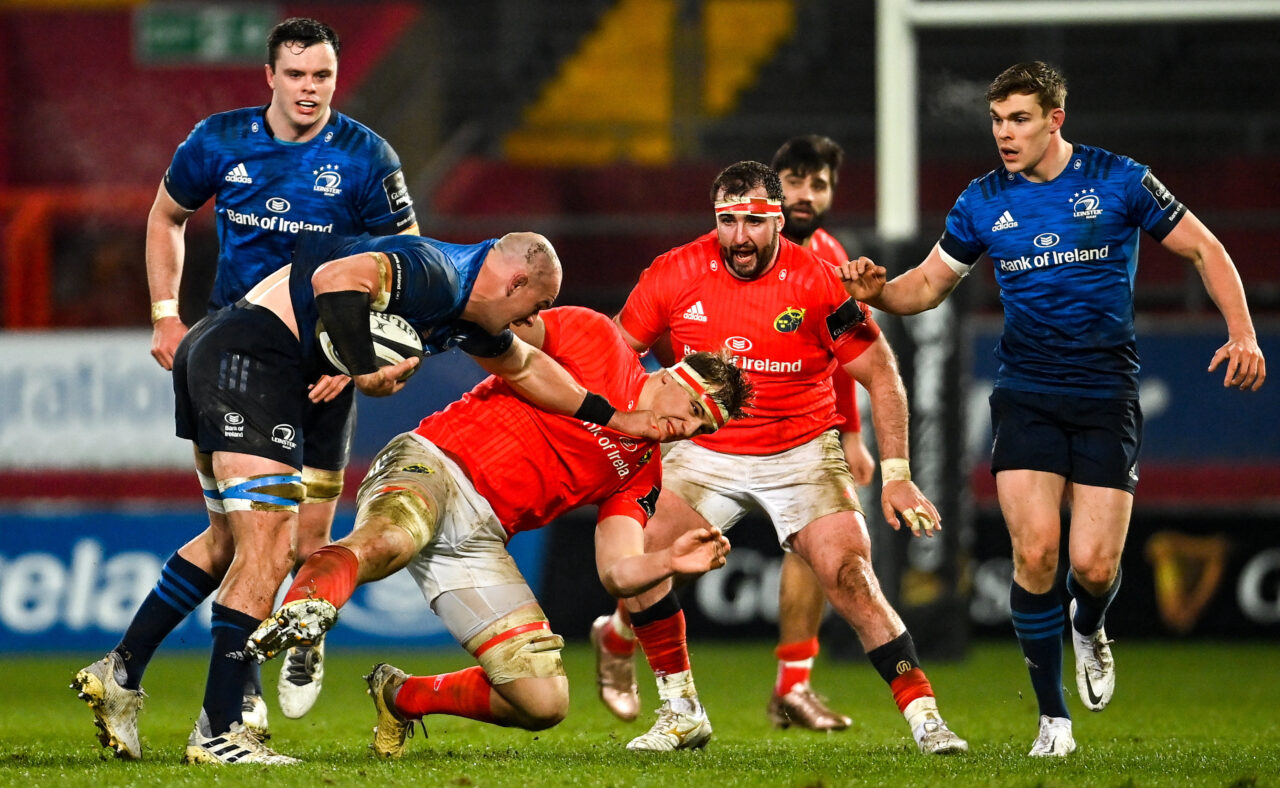 Leinster Rugby closed the gap on Ulster at the top of Conference A with a 13-10 victory over Munster at Thomond Park.

It took a second half Jordan Larmour try for Leinster to edge ahead for the first time in the 68th minute.

The holders had trailed 10-6 at the break after finding themselves 10-0 down after 12 minutes.

JJ Hanrahan kicked an early penalty for Munster before adding two more from the tee when converting Tadhg Beirne’s try.

Captain Johnny Sexton responded with three for Leinster in the 25th minute, taking him past the 1500-points mark for the province.

And, when Hanrahan’s effort rebounded from the post with the clock red in the first half, Leinster forced their way up the field where Sexton made it 10-6 at the whistle.

Defences held firm for the majority of the second half, that was until Ross Byrne’s grubber opened space behind the Munster line for Hugo Keenan.

The full back latched on before off-loading well to Larmour who stepped inside Keith Earls and touched down.

Byrne then nailed a difficult conversion to put three between the teams and, again, it was on the defensive unit to see out the remaining 10 minutes.