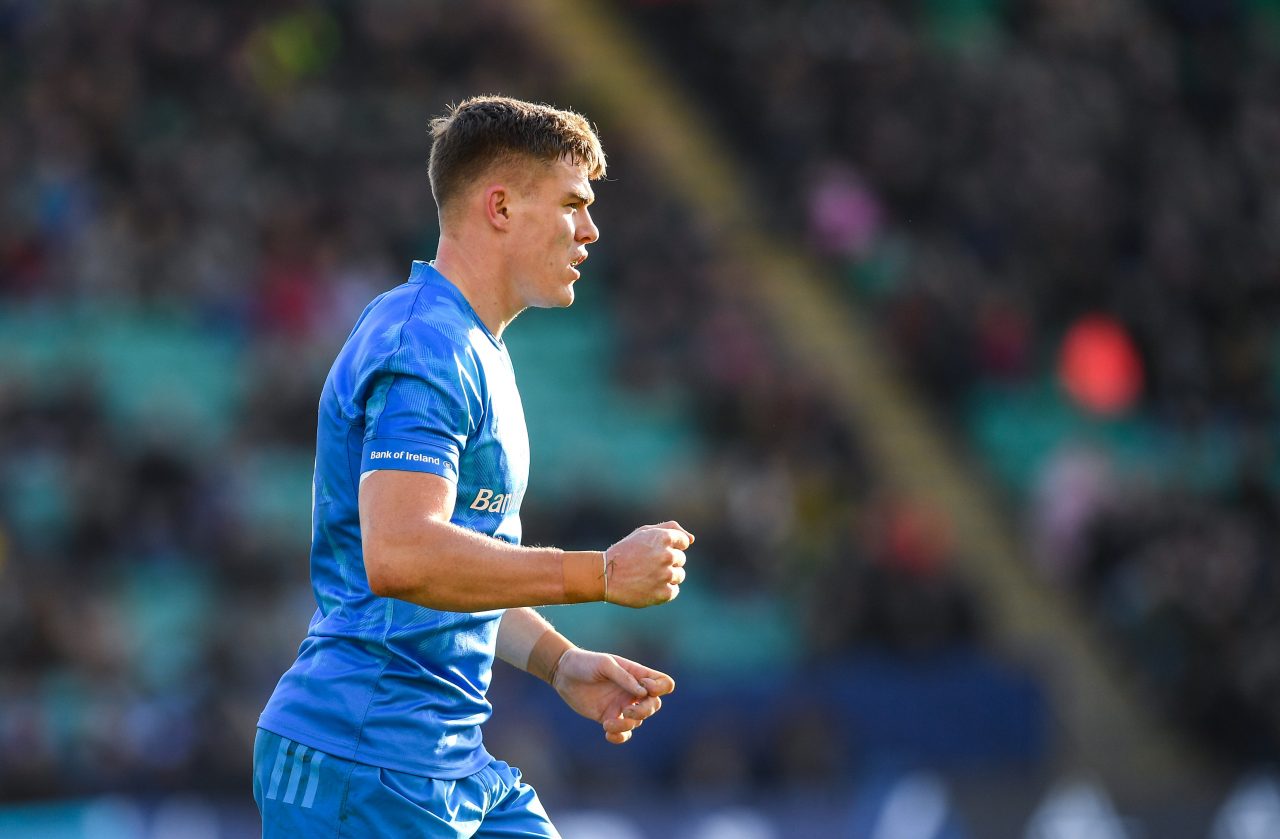 Leinster Rugby enjoyed a 43-16 victory over Northampton Saints at Franklin’s Gardens on Saturday in Round 3 of the Heineken Champions Cup.

Cian Healy and replacements Ross Byrne, Luke McGrath and Ed Byrne all crossed after the break, with Leo Cullen’s side finishing with seven tries and, again, digging their heels in as a defensive unit.

The province had a 19-16 lead at the end of a breathless first half where James Lowe, Rhys Ruddock and Andrew Porter touched down while Ahsee Tuala responded for the hosts.

Healy and Ross Byrne touched down early in the second half before 30 minutes passed without a score. During that period, Leinster’s defence stood up to the task of keeping out the Gallagher Premiership leaders who bombarded the line.

When Leinster escaped their own ’22’, they were rewarded with two more late tries.

McGrath sniped around the blindside for a well-taken five-pointer with five minutes remaining. And then, with the clock just in the red, Carlow-born prop Ed Byrne also finished smartly, barging through from a close-in ruck for his first Champions Cup try.

Over 39,000 tickets have been sold for Leinster Rugby’s massive Champions Cup clash with Northampton Saints (KO 5.15pm) at Aviva Stadium on 14 December! Get yours now.