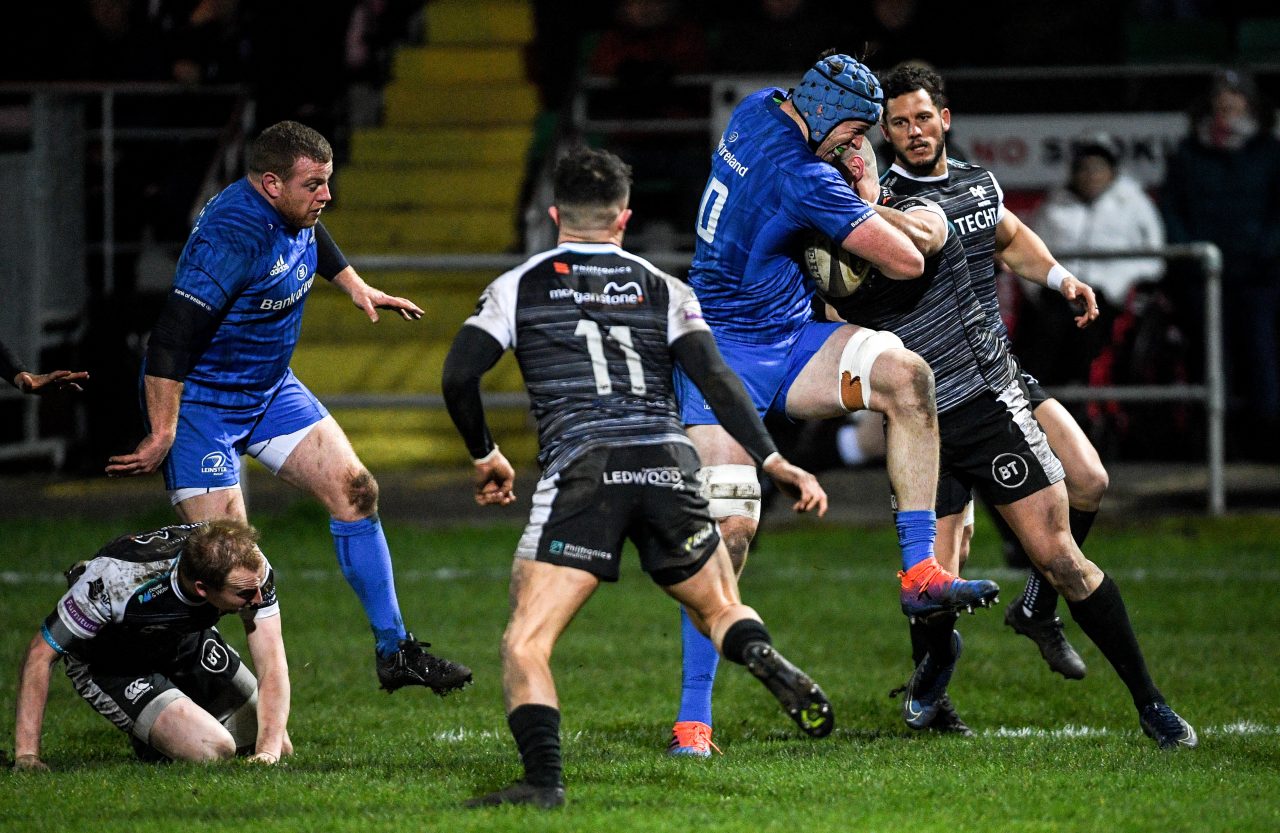 Leinster Rugby maintained a 15-point lead at the top of Guinness PRO14 Conference A with a hard-fought 13-21 win over Ospreys at The Gnoll on Friday evening.

The hosts dominated possession in the opening quarter with Leinster playing into the wind but it was Leo Cullen’s men that broke the deadlock.

After some sharp passing from Cian Kelleher and Scott Fardy, Tommy O’Brien, on as an early replacement for Conor O’Brien, went over in the right corner, with Ciarán Frawley converting.

Leinster looked to be going into half-time with the lead until a Luke Price penalty and a converted Luke Morgan try swung the game is the hosts’ favour just before the break.

Leinster responded well in the second half with Josh Murphy powering over in the 48th minute after an extended spell in the Ospreys ’22’.

Price kicked another penalty to narrow the margin to one but it was Leinster that finished in the ascendancy.

First, Ryan Baird stole a lineout and then made a rampaging 56-metre break into Ospreys territory.

Cian Kelleher was held up over the line with Ospreys’ Sam Parry being shown a yellow card shortly after.

Kelleher got his try seconds later off a pass from Rowan Osborne to make sure of the win and the four points.

Leinster Rugby returns to the RDS Arena to face Glasgow Warriors on Friday, 28 February. Get tickets now from €25.