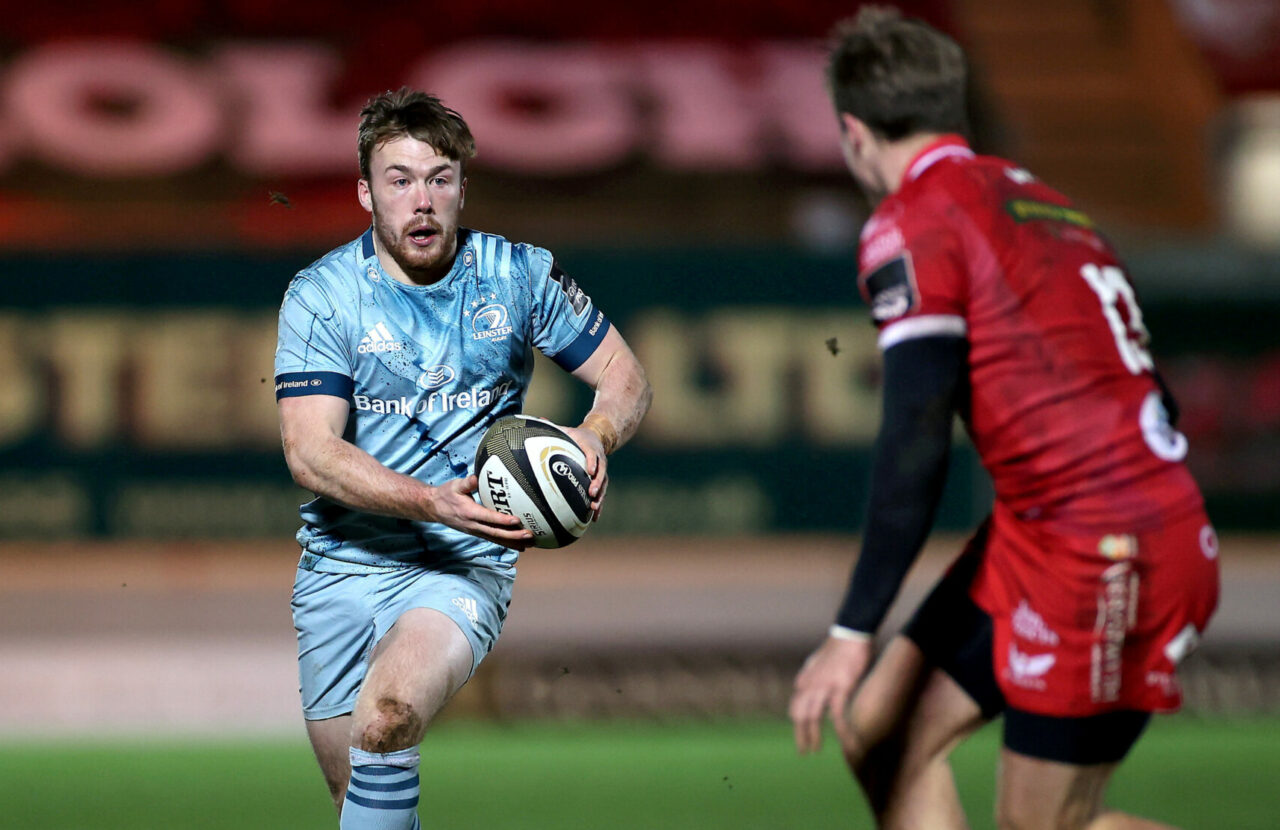 Leinster Rugby moved to the top of Guinness PRO14 Conference ‘A’ with a bonus-point win over Scarlets at Parc y Scarlets on Saturday.

The bonus-point was secured by the break thanks to tries from Dan Leavy, James Tracy, Cian Kelleher, and a penalty try.

There was a debut for Naas RFC’s Jamie Osborne in the second half, with the 19-year-old making an instant impact, driving Scarlets back into their own half in a tackle.

Luke McGrath scored Leinster’s fifth shortly after before Max O’Reilly and David Hawkshaw grabbed their first senior tries with two impressive finishes to secure a first win in Llanelli since 2013.