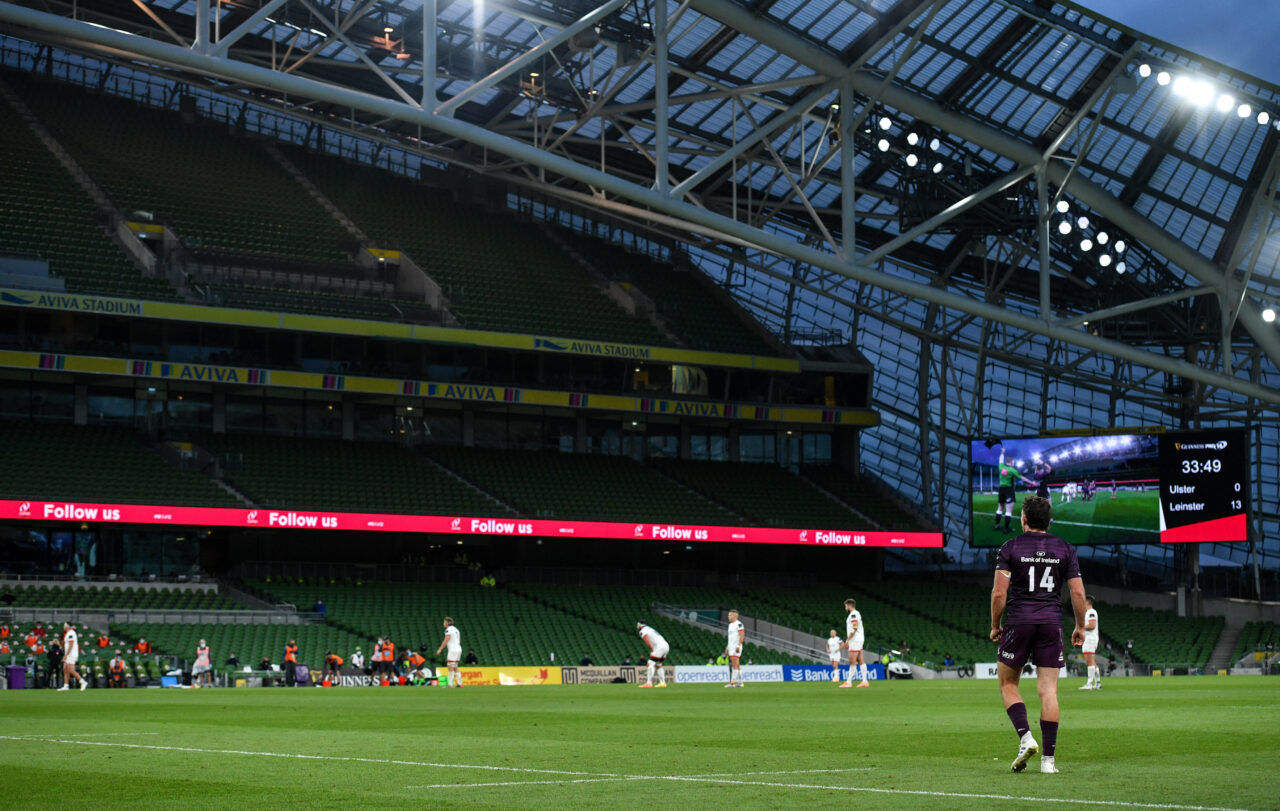 29 August 2020; Hugo Keenan of Leinster during the Guinness PRO14 Round 15 match between Ulster and Leinster at the Aviva Stadium in Dublin. Photo by Ramsey Cardy/Sportsfile

Leinster Rugby completed the 2019/20 regular season with a 28-10 victory over Ulster Rugby at Aviva Stadium on Saturday evening.

After a strong first half showing, Leinster held a 13-0 lead at the interval.

Captain Ed Byrne bundled his way over in the third minute for the game’s opening try while Ross Byrne was unerring with the boot, converting the prop’s try and adding two penalties in the opening 40.

He started the second period with another successful kick from the tee before the northern province gained a foothold in the game.

Hooker Rob Herring got them off the mark with John Cooney adding the extras and, soon after, a penalty.

Replacement out half Harry Byrne delivered a wonderful cross field kick for Scott Penny to latch on to and ground despite the best attempts of Ulster’s Louis Ludik.

Cooney thought he had drawn Ulster back into it once more but his excellent solo effort was disallowed for offside following consultation with the TMO.

Harry Byrne then completed the scoring with a try of his own in the closing exchanges.