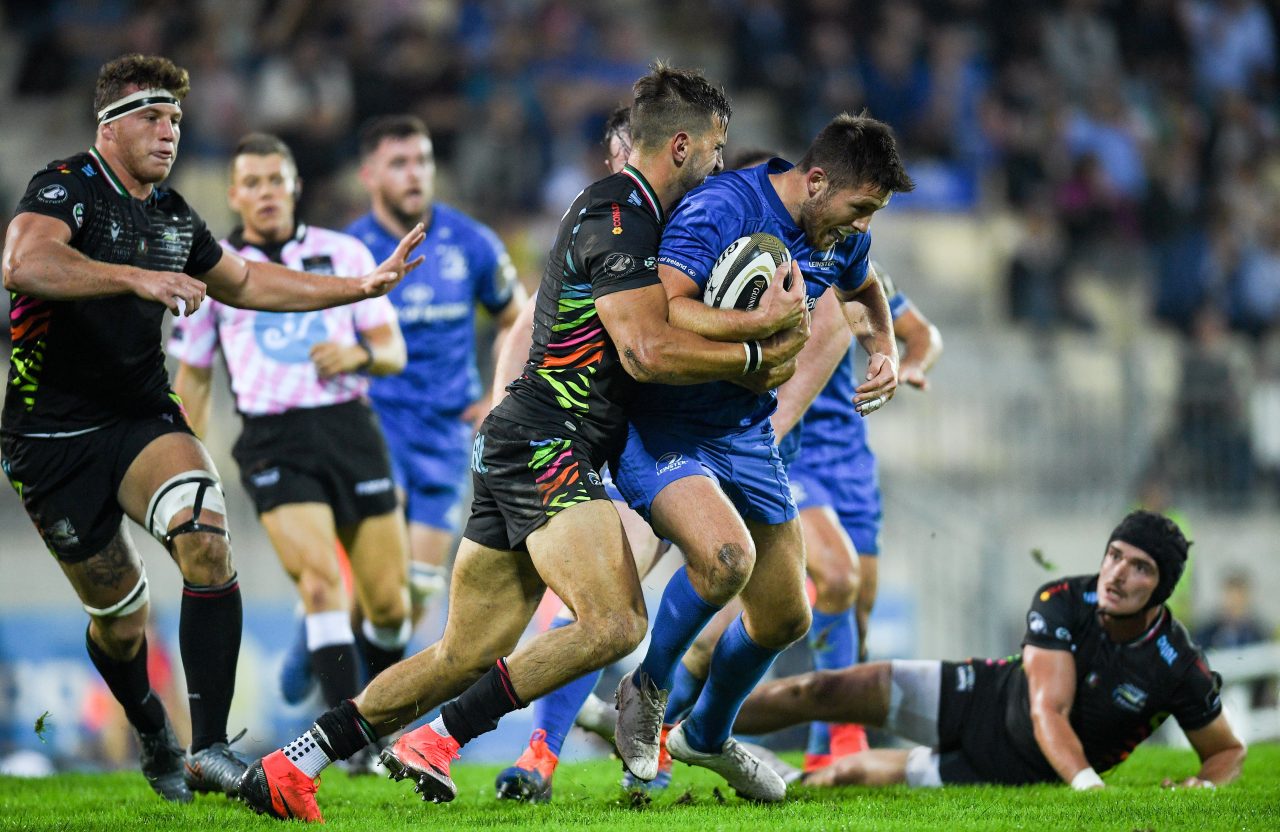 Leinster Rugby moved to the top of Guinness PRO14 Conference A with a narrow win over Zebre Rugby at Stadio Sergio Lanfranchi on Saturday evening.

Ross Byrne’s 19th-minute penalty, shortly after Jamison Gibson-Park had been stopped just before the line, proved to be enough as both defences dominated in Parma.

Leo Cullen’s men will look to continue their winning start to the season when Dragons visit the RDS Arena this Friday (KO 7.35pm).

The Welsh region are currently fourth in Conference A with two wins from their opening four games, including an 18-5 win over Glasgow Warriors at the weekend and a 52-28 victory away to Zebre.

Tickets for Leinster v Dragons are available now from €26.