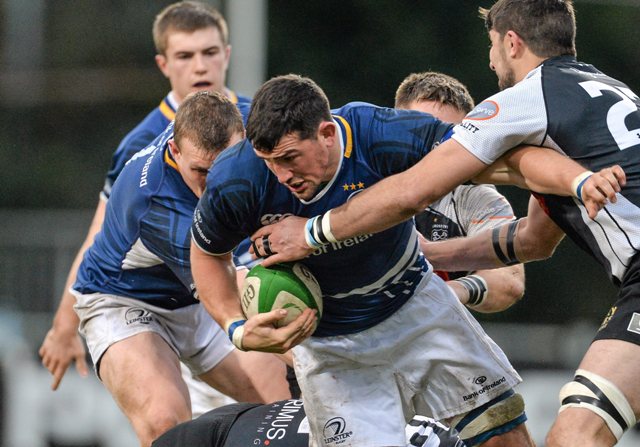 Leinster A began the defence of their British & Irish Cup title against English Championship side Ealing Trailfinders in Donnybrook back in October, with a bonus point win securing top spot in Pool 1.

That is where Leinster A remained for the duration of the pool stage of the tournament as Girvan Dempsey’s charges went on to win all six games, home and away, against Cross Keys RFC, Moseley, and Ealing.

The A team got things off to a comprehensive start against Ealing with a 49-8 win in Donnybrook. Tom Farrell, the young centre from Castleknock College, scored the first try of the campaign in the 6th minute, with Cathal Marsh kicking the conversion for Leinster A.

Ealing did begin to pose a threat as the first half wore on, but the A team stood firm and a Conor Gilsenan try just before half time gave Leinster a 21-3 lead. Second half tries from Leo Auva’a, Cathal Marsh and John Cooney secured the bonus point and a 49-8 win for Leinster A. 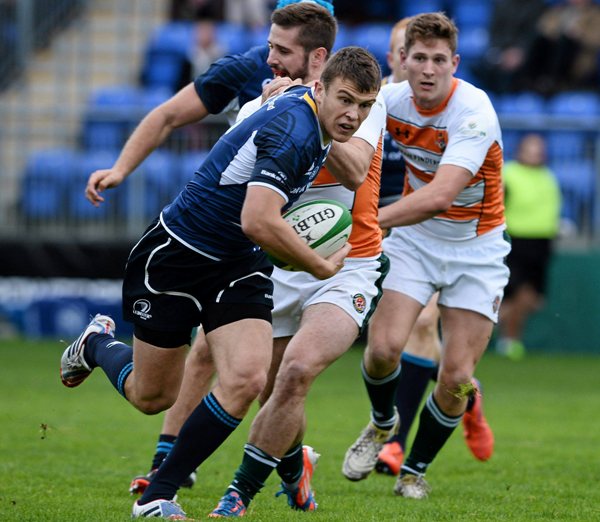 After topping the pool, Leinster A travelled to Birmingham to face another Championship side, Moseley. This tight game saw the A team trail for most of the match until a John Cooney try levelled the score with 11 minutes remaining, and Cathal Marsh kicked what would ultimately be the conversion that won Leinster game. A final score of 24-22 saw Leinster remain top of the pool with nine points from two games.

The match against Moseley showed that Girvan Dempsey’s men could grind out a win in a close game. Their next match against Cross Keys RFC showed how ruthless they could be in attack and how solid they could be defensively as they claimed a try bonus point in a 31-0 shut-out in Donnybrook.

The reverse fixture against Cross Keys was less straightforward, though Leinster still picked up another try bonus point in a 30-14 win over the Welsh side. 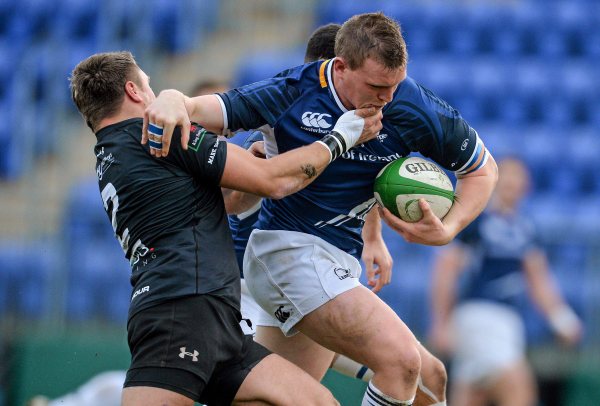 The next game against Moseley in Donnybrook secured Leinster’s place in the quarter-finals of the B&I Cup, with tries from Luke McGrath, Bryan Byrne and Andrew Boyle adding to Cathal Marsh’s two penalties and conversion to give Leinster a 23-13 win.

The final game away to Ealing may have been a dead rubber with Leinster through to the quarter-finals and Ealing eliminated, but both teams wanted the win, and it was Leinster that prevailed with an early Darren Hudson try and three Cathal Marsh penalties in a 14-13 win giving Leinster 27 points out of a possible 30 in the pool.

Munster A finished second in their pool behind Plymouth Albion on points difference, qualifying for the quarter-finals as a best runner-up.

The late change to an open draw for the quarter-finals saw the two provinces paired together in the knockout stage for the third year in a row. In each of the previous two meetings in the competition, the winner has gone on to win the British & Irish Cup. Could this year make it a hat-trick?