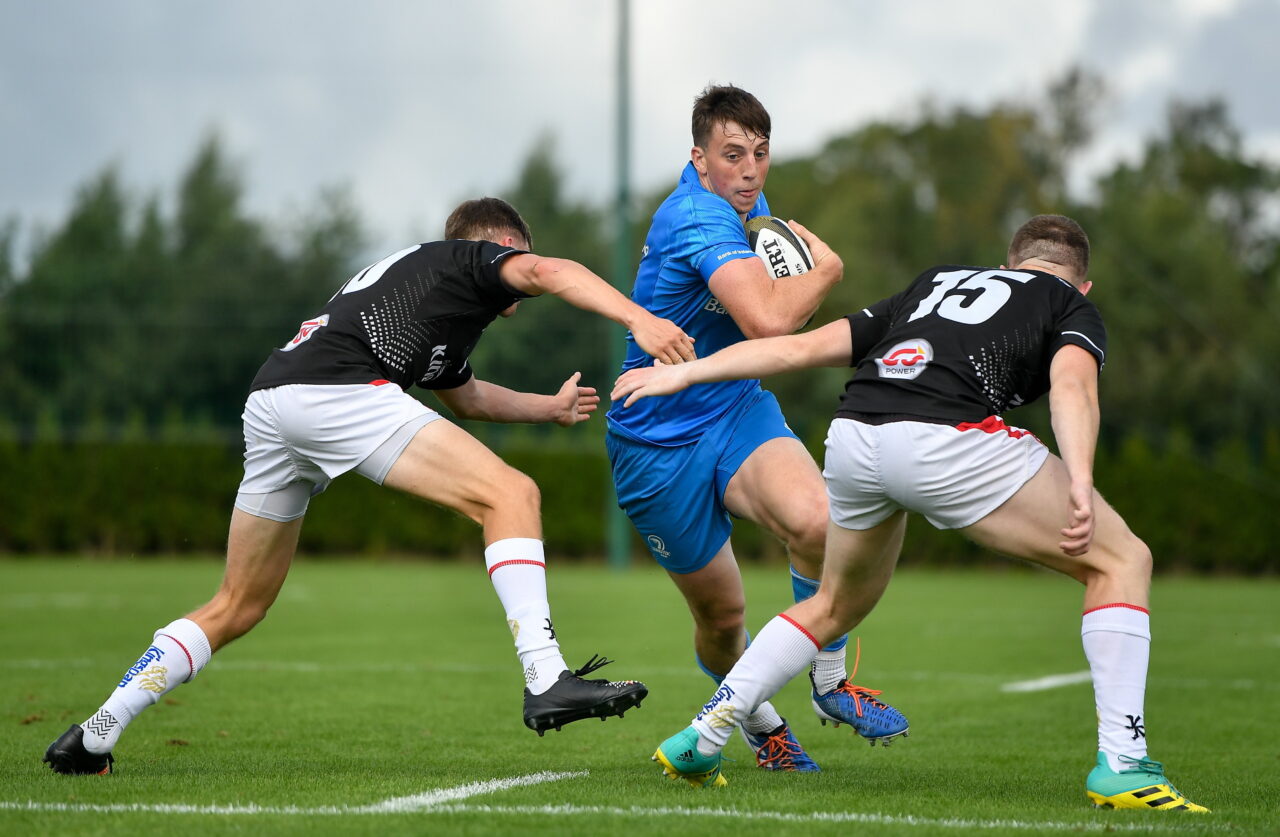 Ulster Rugby Development XV produced a controlled first-half display and withstood a late rally from Leinster Rugby to clinch a seven-point win in this interprovincial game at the IRFU High Performance Centre in Abbotstown.

Tries from Jack Milton, Zac Ward and Lorcan McLoughlin put the visitors 21-10 ahead at the interval as Leinster, who touched down through St Mary’s College RFC prop Michael McCormick, struggled with Ulster’s intent and ferocity early on.

Twelve points from the boot of lively Ulster scrum-half Nathan Doak kept Leinster at arms-length and, despite a brace from speedy CUS/Balbriggan RFC winger Aitzol Arenzana-King, a late try from replacement Lewis Finlay consigned the hosts to defeat.

Victory was ultimately deserved by Ulster, who started the game like a team possessed and full of hunger as they pinned Leinster back in their own half, forcing three penalties inside the opening five minutes.

After 10 minutes of exerted pressure, Ulster were rewarded in the 12th minute when Jack Milton powered through and over from a backline move out wide with Doak adding the extras for a 7-0 lead.

Leinster had their first real bite at the Ulster line in the 18th minute from a turnover, but the attack came to nothing after they were penalised for not releasing the ball inches short of the line.

Minutes later, Ulster captain Doak made a sniping breakthrough in midfield and fed a pass inside for replacement Zac Ward to score unopposed. Doak easily kicked the conversion to make the score 14-0.

The concession briefly jolted Leinster to life as they immediately got three points back through a penalty from Kilkenny College and Lansdowne FC out-half Charlie Tector.

McCormick then dived in from close range in the 35th minute with Tector adding two more points to bring the hosts to within four of Ulster.

Home joy, however, was short-lived as Lorcan McLoughlin drove over for the visitor’s third try in the 37th minute and Doak’s conversion stretched their advantage to 11 points.

Following a yellow card to Ulster centre Ryan Taylor for a high hit, Leinster were left to rue a missed opportunity to close the gap again in the last play of the half when the decisive pass of a sweeping attack went astray and the chance was gone. 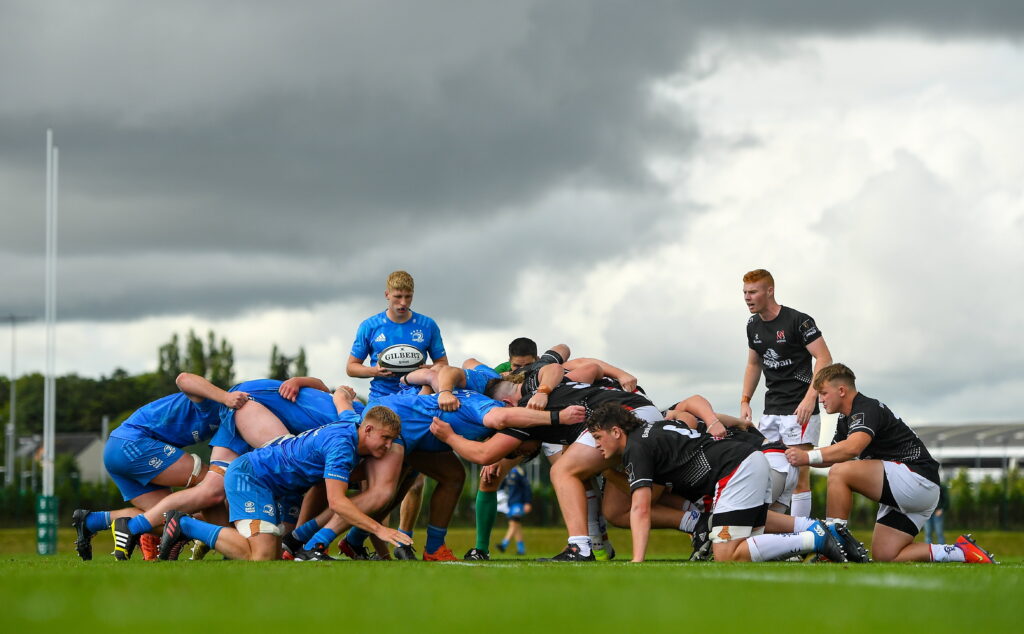 A number of changes were made by Ulster after the restart as Leinster looked for a way back into the contest. They reduced the deficit to eight points when Tector successfully landed a 54th-minute penalty awarded after lock Adam McNamee was yellow-carded.

Doak struck back with two more penalties, including one monster kick from just inside the Leinster half, to restore Ulster’s 14-point lead at 27-13 with over an hour played.

The game seemed beyond Leinster at this point as they made several changes and looked to fresh legs to inspire a fightback, but it was a player from the starting XV who got them back to within a converted try of Ulster.

Arenzana-King barged over the line in the 71st minute and substitute out-half Fionn O’Hara of Colaiste Mhuire and Mullingar RFC coolly slotted over the extras to give the hosts hope.

But just as a comeback looked to be on the cards for Leinster, Ulster pulled away again as they did in the first half when replacement Lewis Finlay blitzed through the home defence and under the posts, leaving an easy conversion for fellow sub Ross McKay.

Leinster hauled it back to seven points once again with a few minutes left when Arenzana-King broke away at speed to touch down and O’Hara converted to set up a grandstand finish.

However, the opportunity to draw level never came and the final act of the game was a missed penalty attempt by McKay, which was the only unsuccessful kick of the 12 on the day.