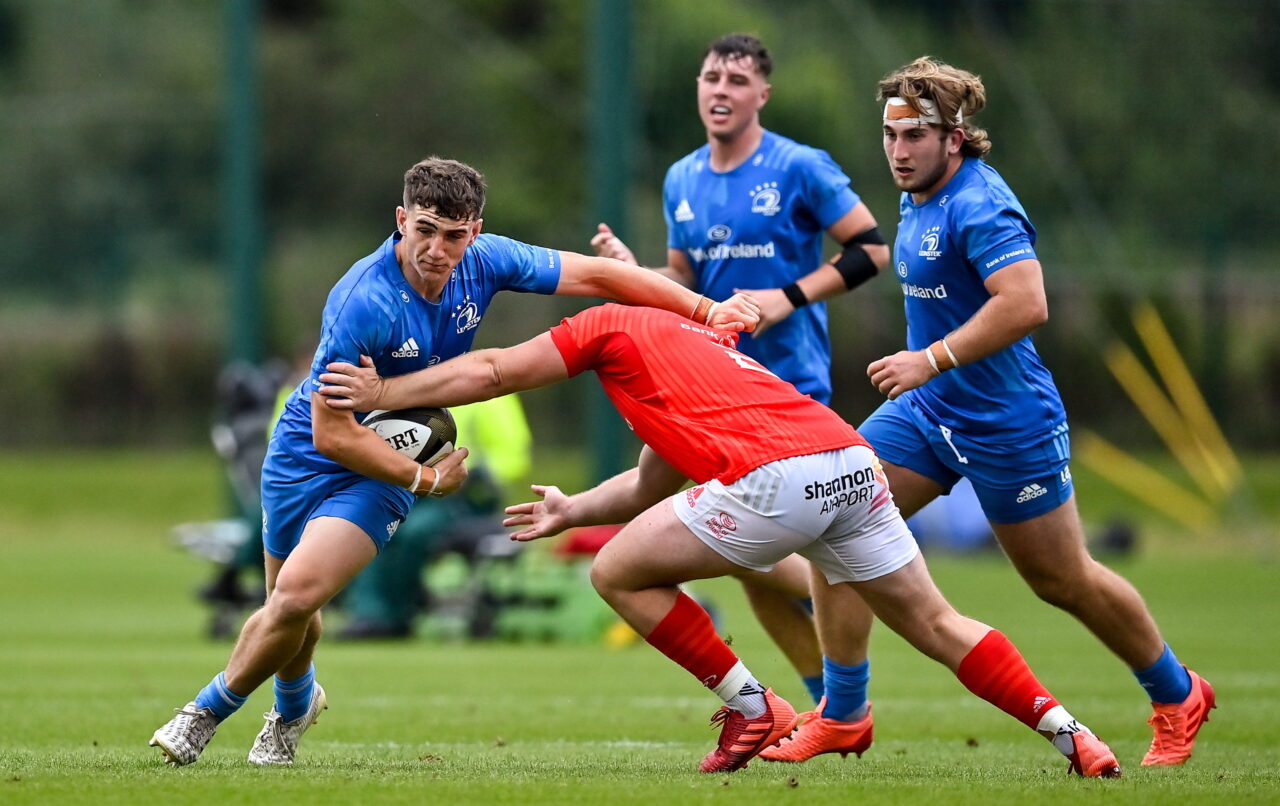 First-quarter tries from Martin Moloney and Luke Callinan – converted by out-half David Hawkshaw – were enough to give Leinster Development a 14-point victory over Munster Development at the IRFU’s High Performance Centre in Blanchardstown on Friday.

Following their recent reversal to the Connacht Eagles in the same venue, Simon Broughton’s side were hoping to bounce back with a strong performance. With Hawkshaw, Moloney and Callinan all in fine form – aside from their scoring exploits – they managed to do just that.

Munster had shown their intent during the early moments, with out-half Jack Crowley – a Triple Crown winner with the Ireland U-20s in 2020 – kicking a penalty to touch in the third minute. Yet, the Leinster defence held firm to force a turnover and subsequently establish territory in the opposing half of the field.

Like his direct opponent Crowley, Hawkshaw decided against a shot at goal on seven minutes and instead opted for a line-out deep inside the Munster 22. This proved to be a shrewd decision as Leinster secured front-foot momentum off the resulting set-piece move and Kildare native Moloney was on hand to ground underneath a slew of bodies.

Despite being at an awkward angle, Hawkshaw superbly judged a tricky wind to add the bonuses off the kicking tee. This represented an encouraging start for Leinster and they proceeded to double their lead in the 15th minute.

At the tail end of another powerful line-out maul, dynamic No 8 Callinan dotted down beyond the whitewash in clinical fashion. Another Hawkshaw two-pointer provided Leinster with additional daylight on the scoreboard, but there was still a lot of rugby left to play.

Munster were enjoying their fair share of possession with Crowley and Paddy Patterson combining well in the half-back positions. Patterson’s lung-bursting run on 24 minutes asked questions of the Leinster defence, albeit the Blues eventually averted the danger.

The leaders continued to pose an attacking threat of their own, however, with winger Callam O’Reilly jinking into the Munster half in fine style. His final pass towards centre Daniel Hawkshaw (brother of David) didn’t quite come off, but the intent was clear to see from Leinster.

Although Patterson was close to picking out Seán French off a close-range scrum on 32 minutes, the Blues brought a 14-0 buffer into the interval. 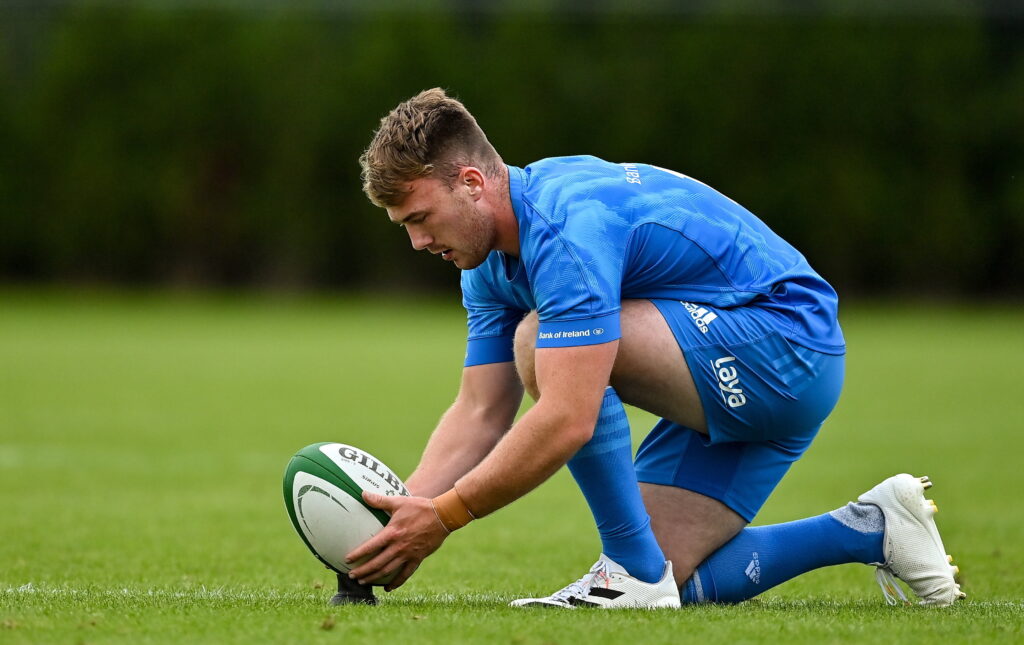 Their work out of possession was impressive throughout and they won a turnover scrum four minutes after the resumption to disrupt Munster’s attacking rhythm.

Moloney was eager to leave his imprint on this game and was perilously close to instigating a third Leinster try on 53 minutes. He carried superbly into the opposition 22, but – to their credit – Munster closed down the space and ensured they didn’t fall further behind.

Their lead remained at 14 points moving past the hour mark and with the majority of the play taking place around the middle-third of the pitch, it was to remain that way. However, they continued to search for scores while in possession and an outstanding David Hawkshaw break had them within inches of the whitewash in the closing minutes of normal time.

The Munster rearguard may have stopped them from extending their cushion, but there will be plenty for Broughton and his fellow Leinster coaches to take from a very positive performance overall.