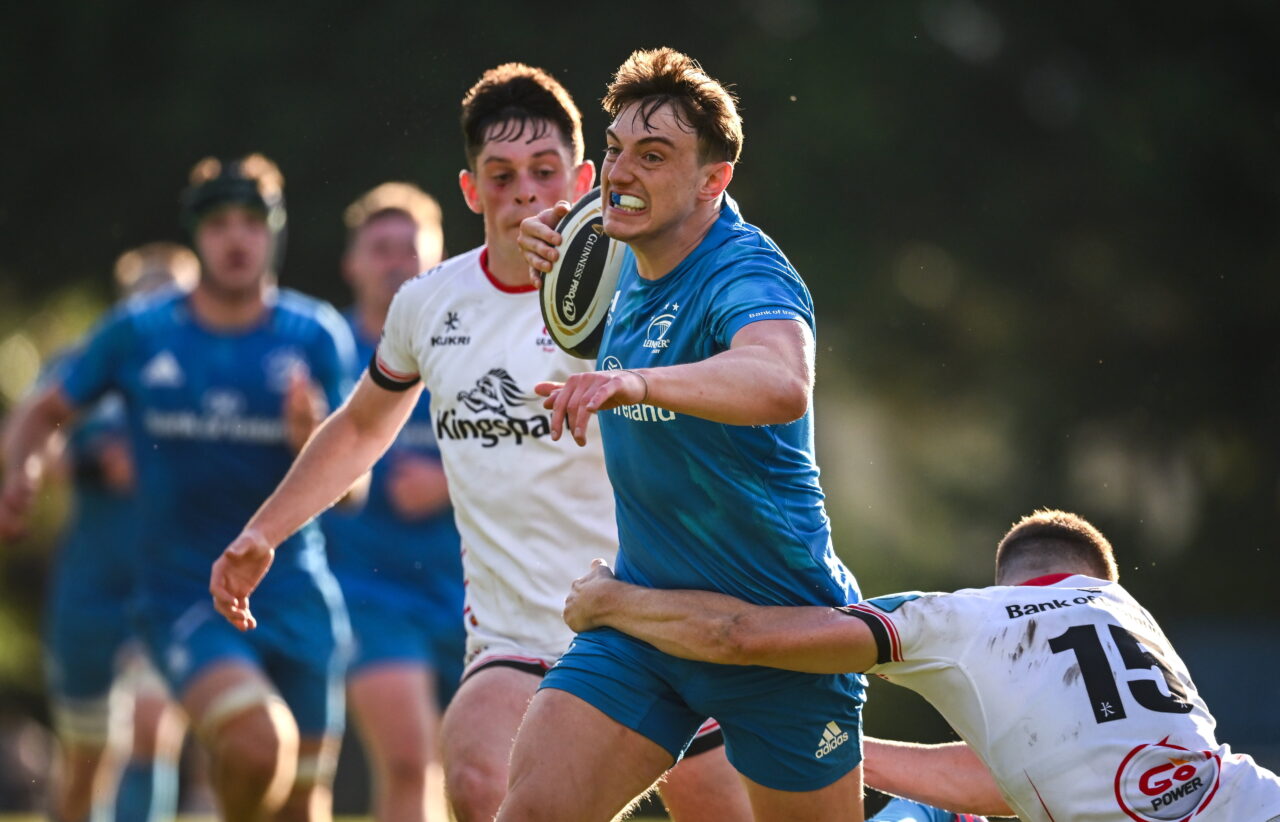 Leinster recovered from a slow start to overcome Ulster four tries-to-two in a competitive A Interprovincial at balmy Templeville Road on Friday evening.

Ulster was first to move through the gears, twice opting for the corner instead of a shot at the posts in what was a taste of things to come.

The second surge paid dividends when thrower James McCormick got around in support of the pack to ground the ball in the fourth minute.

The Leinster scrum sent an ominous message to put the home side in the right position to strike. 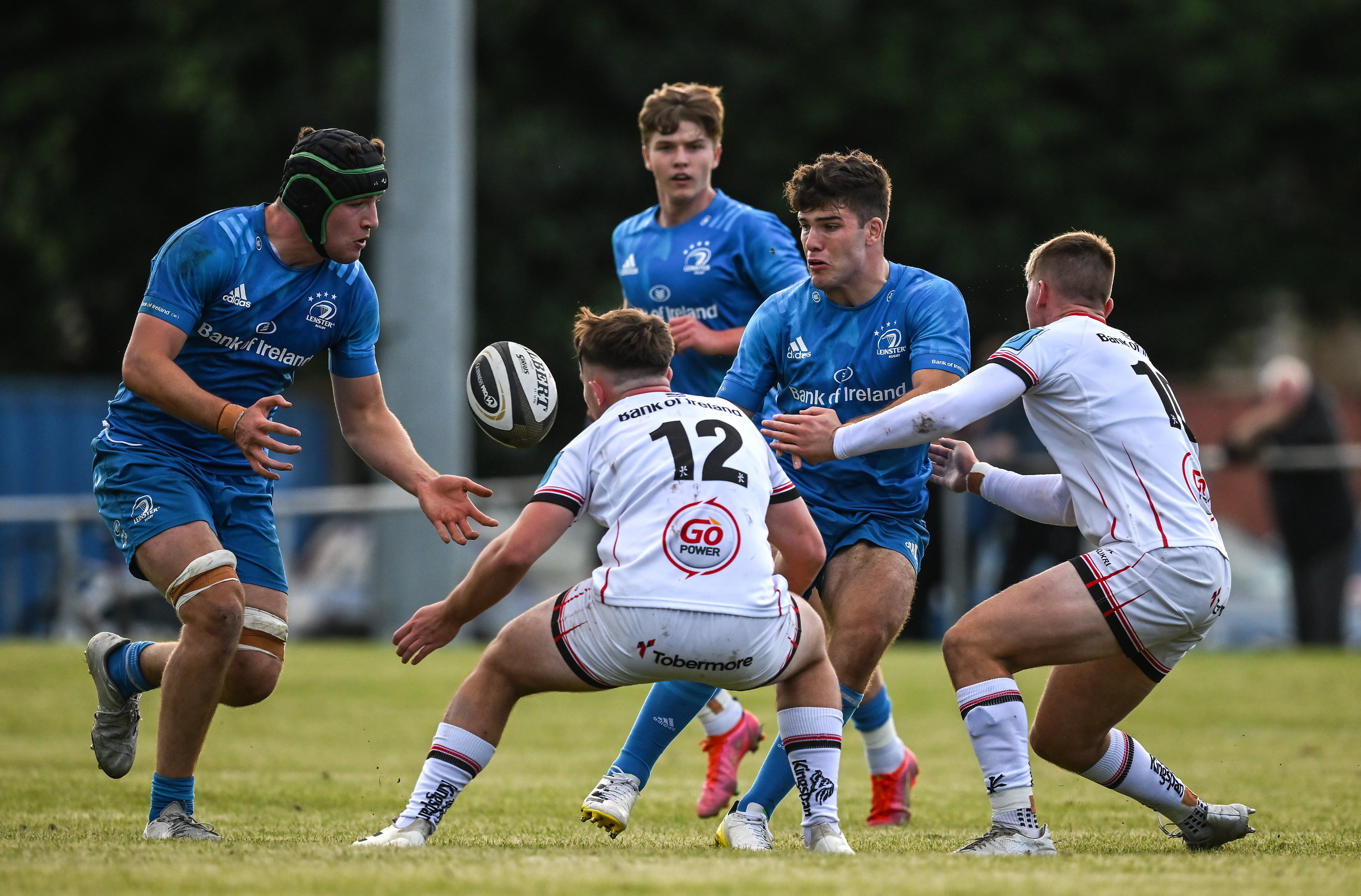 A dangerous attack was oiled by Chris Cosgrave’s pass and Craig Adams’ finish in the left corner which Matthew Lynch nailed for 7-5 in the 12th minute.

A slip in concentration allowed Leinster to counter up the left. It meant Ulster centre Ross Taylor had to nail James Culhane in the tackle and Jake Flannery angled the ball inside the Leinster 22.

But, Hugh Cooney’s long left-footed ball created enough uncertainty for the Blues to roll forward, Cormac Daly picking up the try from close range, Lynch’s extras taking it to 14-5 in the 22nd minute.

Swift work by James Girvan on the floor allowed Flannery’s penalty to look to the lineout again until Tadgh McElroy pinched the ball at the tail. 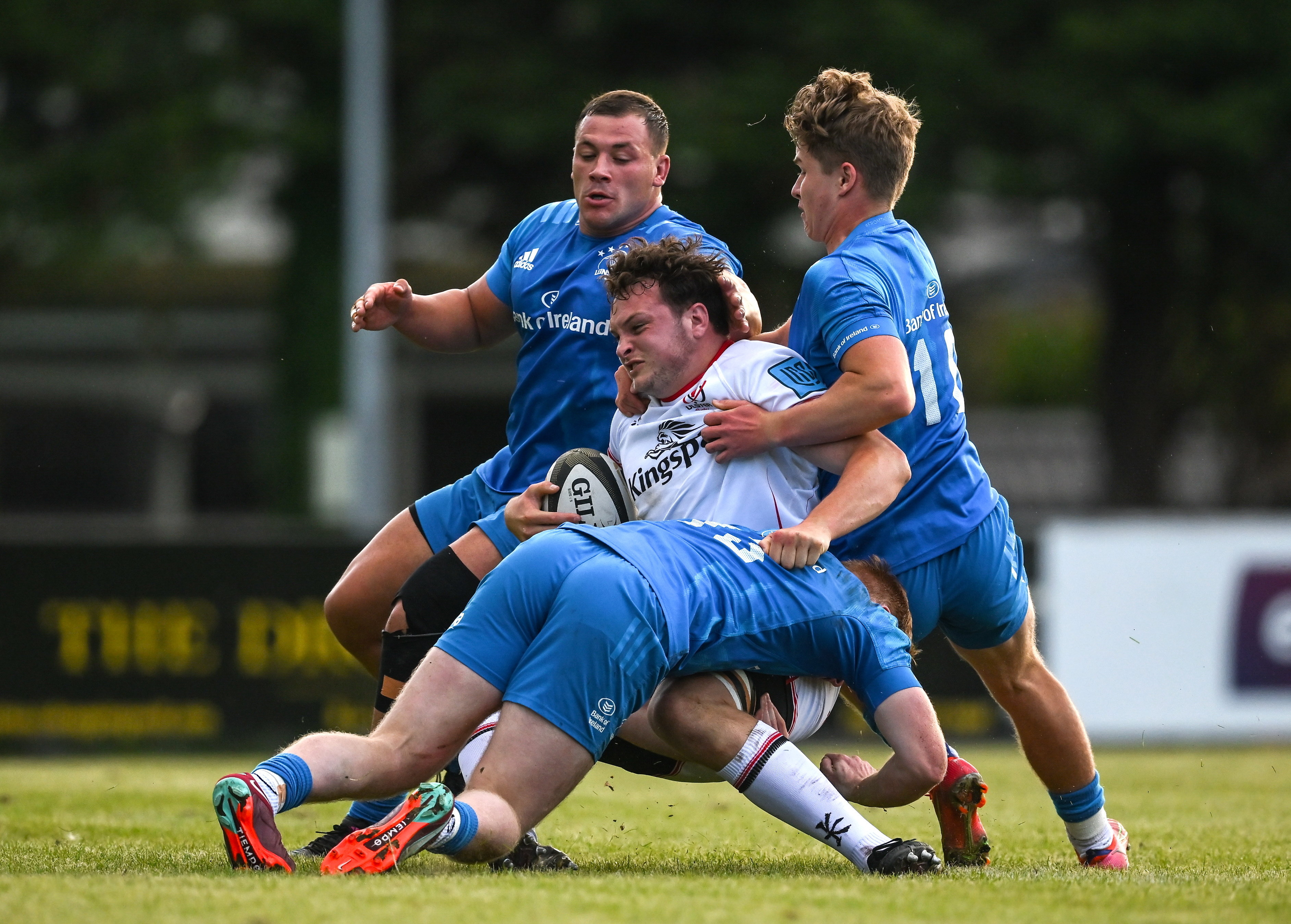 Jack Boyle’s ability to muscle through the first line of defence and throw a sympathetic offload was impressive.

The impact of wing Adams in midfield and the support play by Liam Molony was remedied by Ulster’s vigilance in defence as the half-time whistle sounded.

The flow was not quite there, Ben Murphy putting Cosgrave into space which was quickly closed down by Rob Lyttle.

Once again, Leinster’s scrum engineered penalties to undo much of Ulster’s approach play.

Still, the Blues were not able to put the finishing touch to the superior attack until Daniel Leane took Sean O’Brien’s pass off the ground for a fine try, converted by Charlie Tector for 21-5 in the 57th minute.

In truth, there was something of a stalemate for a stretch, neither side capable of stringing together a clinical attack as defences ruled.

Then, Henry McErlean took the eye in cutting loose up the right and slipping the ball to Cosgrave for the fourth try, Tector adding the conversion in the 71st minute.

The All Whites were not inclined to accept their fate, battling against an insurmountable deficit all the way to the finish whre a powerful maul provided the platform for Zac Solomon to touch down and for Conor McKee to convert.