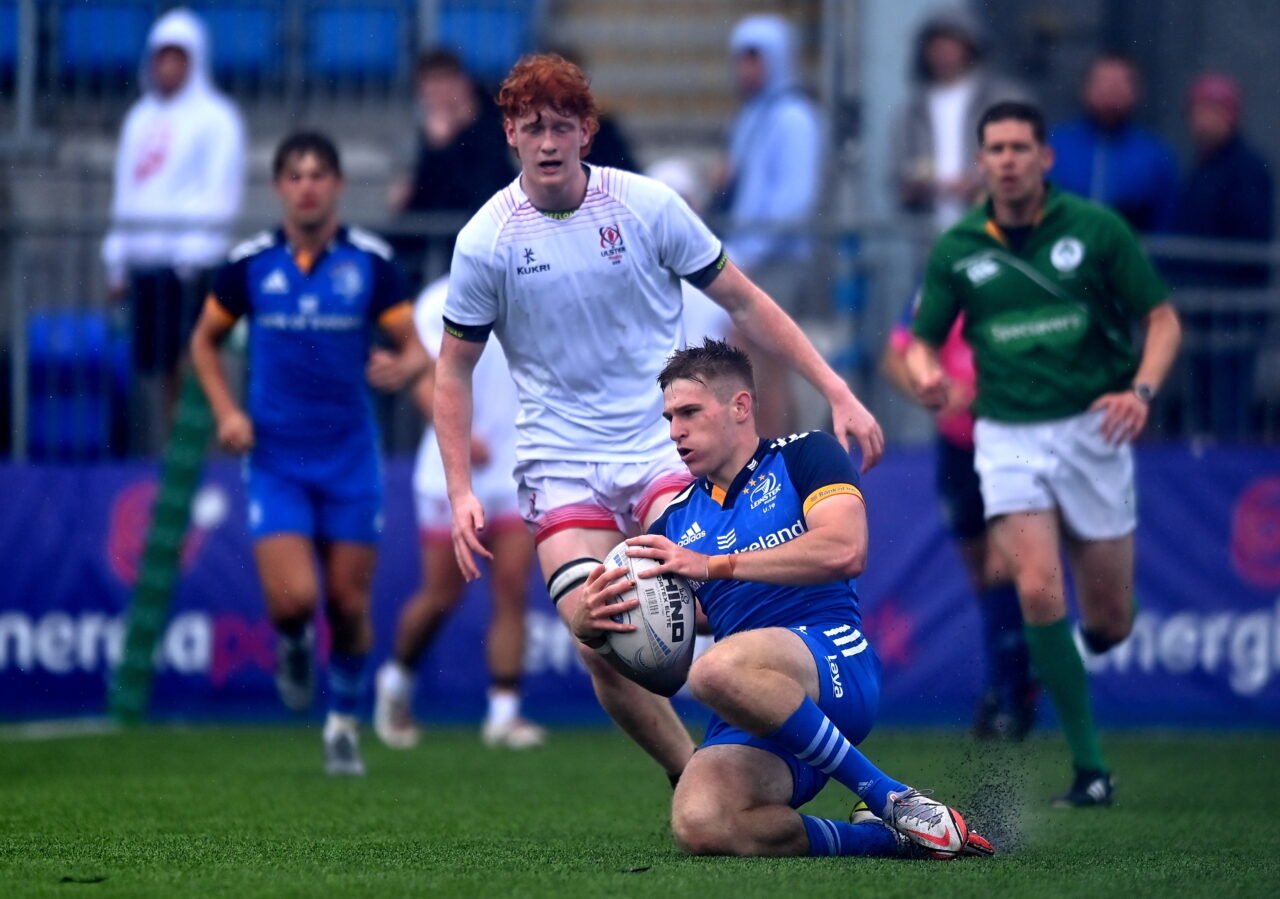 It took a strong second-half showing for Leinster to guarantee the U-19 Interprovincial Championship at Energia Park on Saturday.

Once they married discipline in defence to authority in attack, they moved away from a hard-grafting Ulster.

In the beginning, it didn’t take Leinster long to move ahead as Sam Berman rattled into a tackle to set the tone.

The ball was used smartly to gain ground and scrum-half Oliver Coffey sped through a gap for the opening try, converted by Tom Larke in the third minute.

Ulster used their centre Ben Gibson as first receiver. But, this didn’t dupe a hard-up defence, led by Luke Kritzinger.

The Blues moved into top gear from the next lineout, the backs shifting the ball smoothly for Finn Treacy to hit the line with pace and power for a clinical try, Larke’s conversion doubling the advantage in the ninth minute.

An unorthodox attack by Ulster forced full-back Hugo McLaughlin into emergency action before Joe Hopes’ lineout leap put hooker Zac Solomon in the van for a try from a well-controlled maul, made whole by Ben McFarlane’s conversion in the 14th minute.

The build of Leinster pressure was a testament to patience up against a stiff defence, led by the ruck scavenging of openside Josh Stevens.

Tighthead Adam Deay was prominent on the ball and Jules Fenelon almost worked his magic from a flighted pass from Kritzinger.

The latter went close from a monster carry, losing the ball forward in the act of scoring, as Leinster camped out inside the 40-metre line without making it count. 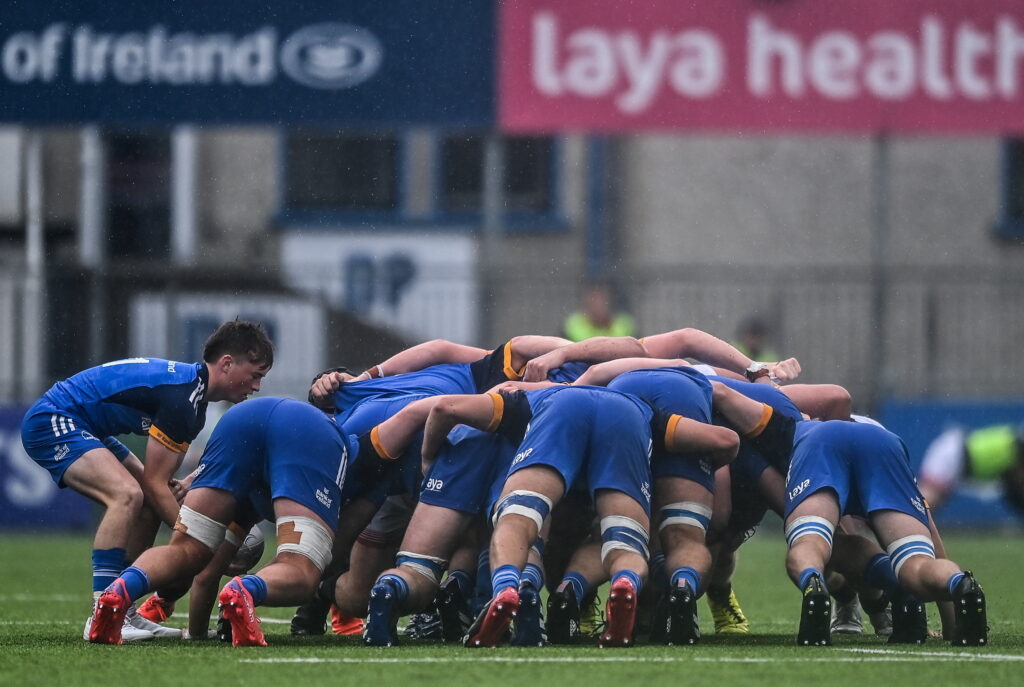 Ulster’s resilience was fed by another ground-devouring maul, Solomon breaking away to set up a surge which ended in second row Cameron Faith blasting over from close range, McFarlane making it 14-all on the whistle.

Leinster were back where they started, even though they looked the more dangerous from distance.

A loose kick encouraged a counter. Coffey’s dummy and delivery of pass allowed Jules Fenelon to sprint away up the left for Larke to convert in the 37th minute.

Leinster did have to survive a bout of pressure before launching forward. The backs and forwards worked together to create space on the left.

Hooker Stephen Smyth’s sidestep was too good for the defence and Sean Naughton converted from the left for double-scores in the 54th minute.

The gap was significant enough to take the wind from Ulster’s sails, despite the positive influence of Hopes and James McKillop.

The closest they got was to be held up over the line as Leinster showed the mettle in defence to complement their intent in attack. 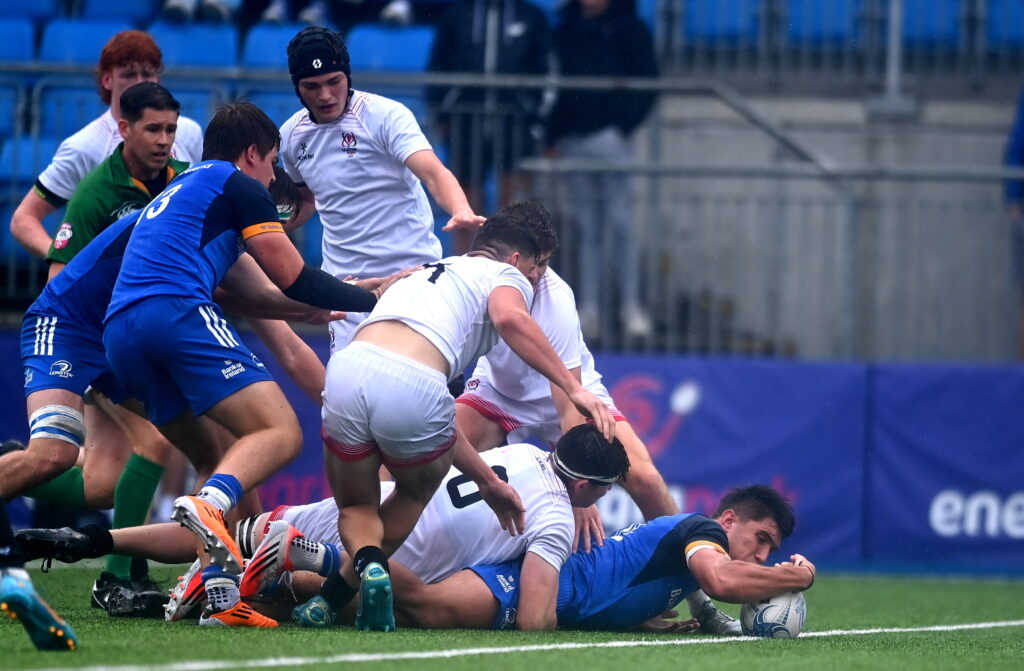