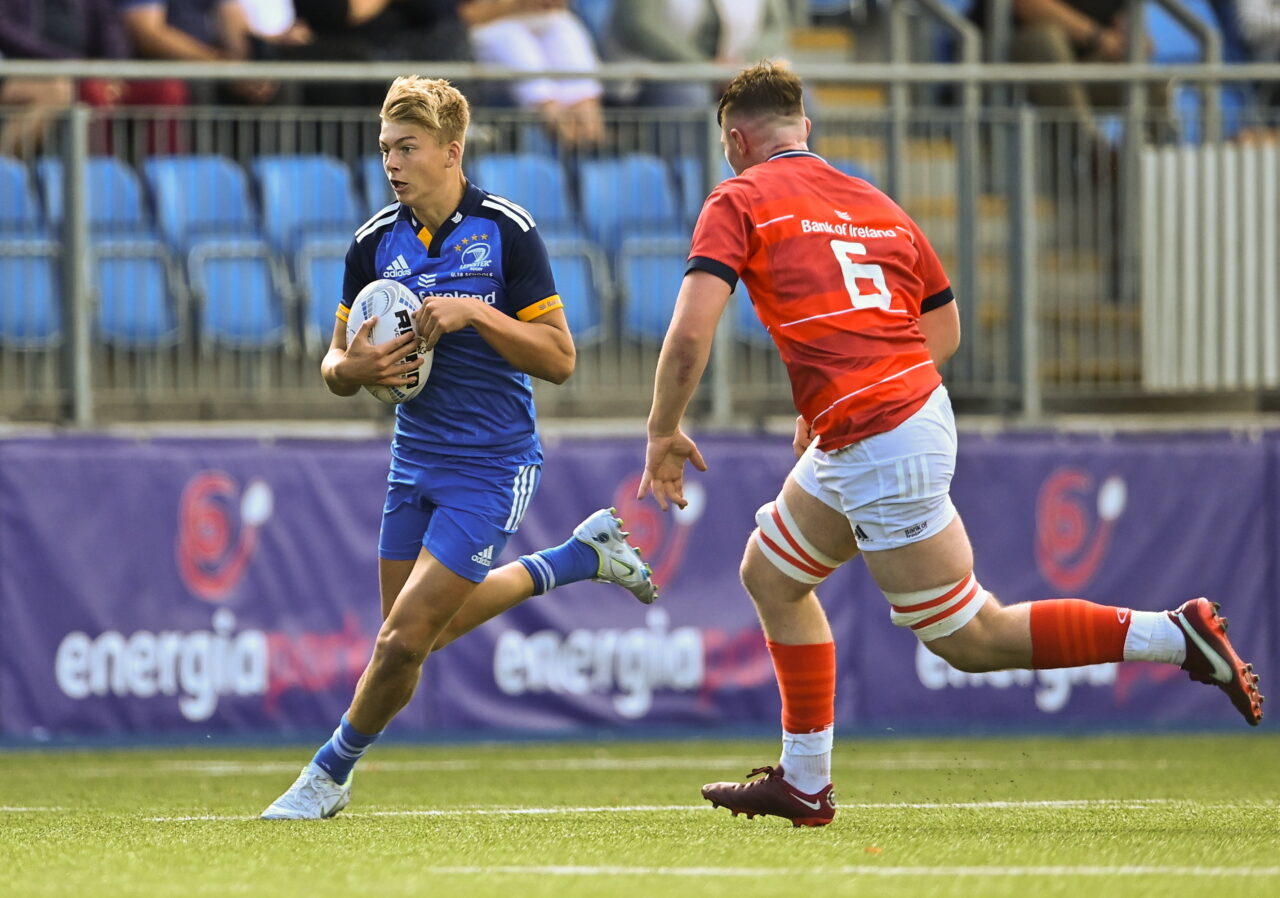 Leinster Rugby just fell short of completing a courageous comeback against Munster Rugby in the U-18 Schools Interprovincial Series at Energia Park on Saturday evening.

The ability of Munster to do slightly more with less was the difference in the end as their lock Eanna McCarthy popped up with the winning try, converted by Gene O’Leary-Kareem in the 65th minute.

The feeling-out process was short-lived as Leinster’s Tom Murtagh smacked the ball for a 60-metre gain and Munster answered with a sizzling break by Jed O’Dwyer and an unorthodox kick by Oscar Davey.

Leinster did not heed the warning. O’Dwyer hit the line again, accelerating out of a tackle to punch in a terrific try which O’Leary-Kareem converted in the seventh minute.

The home side came calling on the right through Ciaran Mangan, in off his wing. Their momentum was stopped by Michael Foy’s work in the tight.

Andrew Cosgrave’s speed on the counter caused an infringement, leading to a Leinster maul which was halted by the glue-like hands of McCarthy.

The play was swinging from one end to the other, Mangan’s fancy footwork starting a surge up the right and Munster’s eager defence closing the corridor of attack on the left. 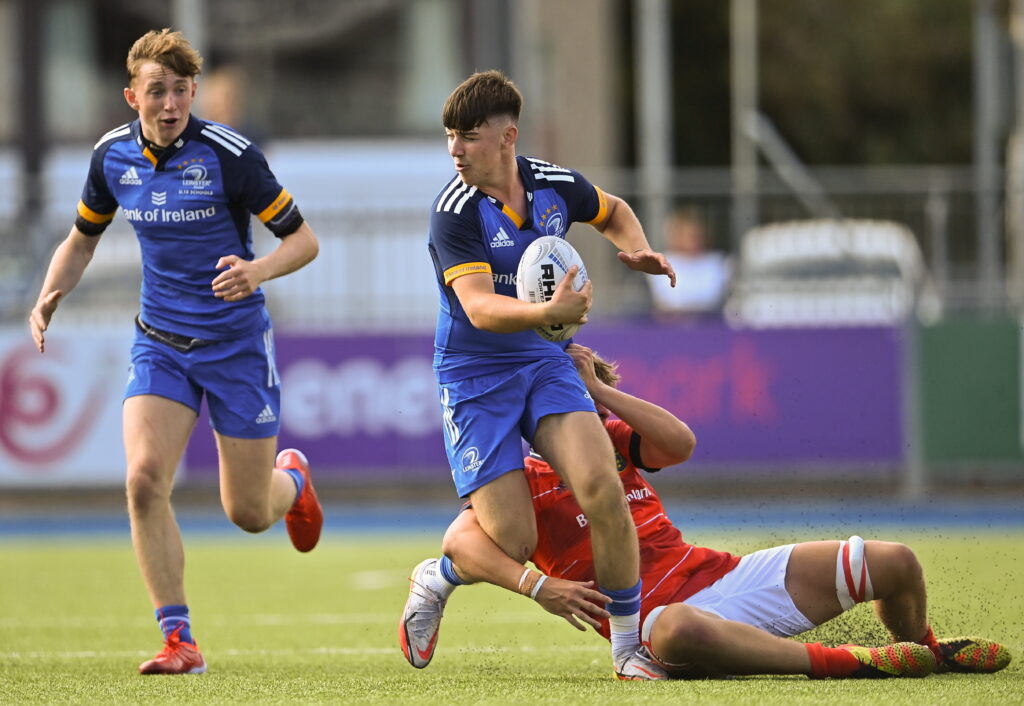 The speed of ruck ball was stressing Munster. A quick throw to the front of a lineout almost worked out when hooker Mikey Yarr lost control of the ball.

Still, Leinster were slowly turning the screw as Jack Angulo, Harry Roche-Nagle and Riain Coogan all had a hand in building pressure until Jack Ryan brilliantly snared a penalty at the ruck.

The discipline and aggression of Munster’s defence were proving troublesome, centre O’Leary-Kareem stealing the ball to set in motion an attack culminating in Matt Te Pau’s finish on the left in the 29th minute.

Hooker Yarr was quick to force a penalty on the floor and Cosgrave tried to cut through a forest of red.

Leinster’s continuity went up a level and it had to in order to outflank their opponents, Mangan nearly getting away.

A tremendous kick by centre Gavin O’Riordan forced the Blues to go from deep and how they responded.

It took backs and forwards working together and an appreciation of space to work the opening up the right, Charlie Molony offering support on the outside to complete a stunning team-try, converted by Murtagh, for 12-7 in the 47th minute.

All of a sudden, the ball was being moved with authority, causing holes to open up and Munster to look less assured in their scheme.

A driving tackle by James Sherwin made for a skirmish for the ball which Leinster used to generate momentum.

They probed side-to-side until the ball came left for centre Roche-Nagle to duck under a tackle, making his way muscularly to the whitewash to level it up in the 60th minute.

Munster made headway from the restart and it took a tackle from Cosgrave to prevent an immediate bounce-back.

However, the Munster lineout towered and second row McCarthy re-positioned to take a short ball to the line for O’Leary-Kareem to make it a seven-point game in the 65th minute. 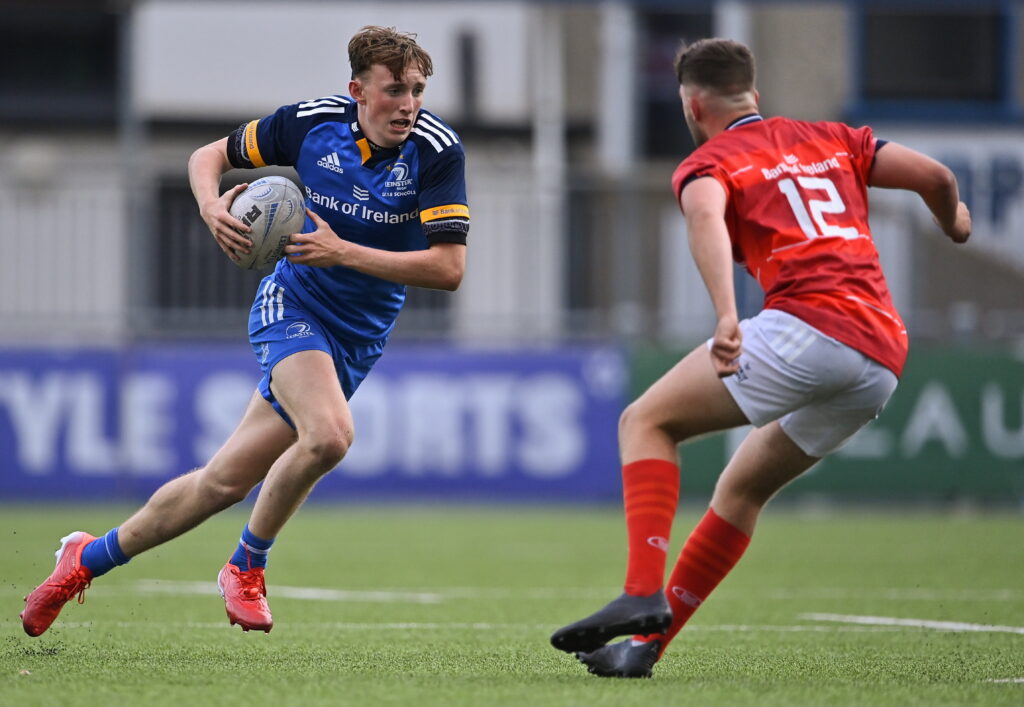 It looked like the killer blow. Leinster weren’t buying into that. Their chase for space was oiled by sure handling, flanker Aaron O’Brien getting away up the left for a superb try to make it 19-17 in the 68th minute.

There was still minimal time to strike. It meant Leinster had to be perfect in their execution. They just couldn’t pull it off.