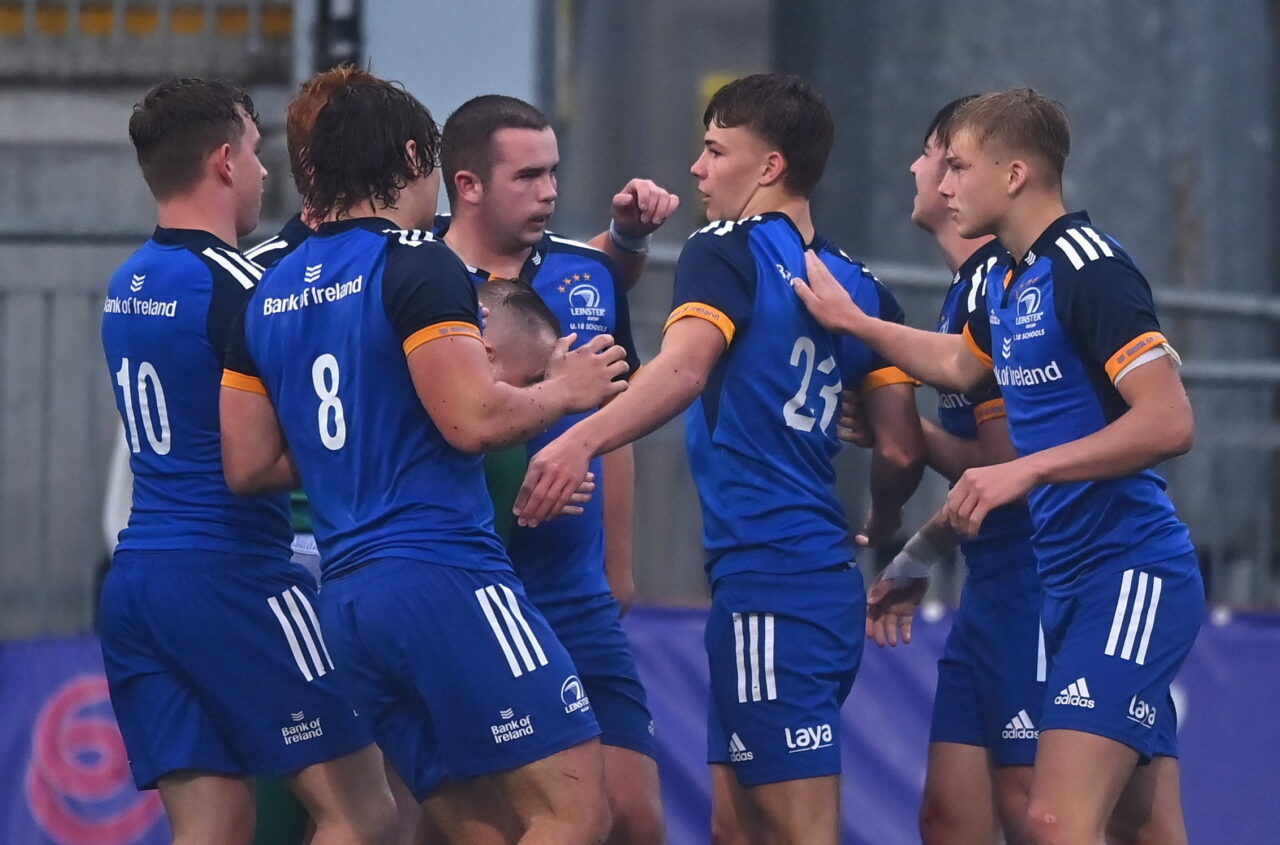 The deteriorating conditions were made worse by tumbling rain and a strengthening wind.

Nonetheless, out-half Paddy Taylor was the key to the first breakthrough, using a powerful fend to keep on his feet before finding Sean Finlay in support for a fine try in the fifth minute.

Ciaran Mangan’s chase and ankle-low tackle on Rory Fulton was textbook and Finlay tickled a kick over the top to keep Ulster pinned down.

Prop James Wyse was prominent in the loose. Andrew Cosgrave almost escaped on the right tramline.

Full-back Cosgrave sparked an attack. Flanker Aaron O’Brien was the link in the chain and Charlie Molony gathered his own kick for the second try, converted by Taylor in the 15th minute. 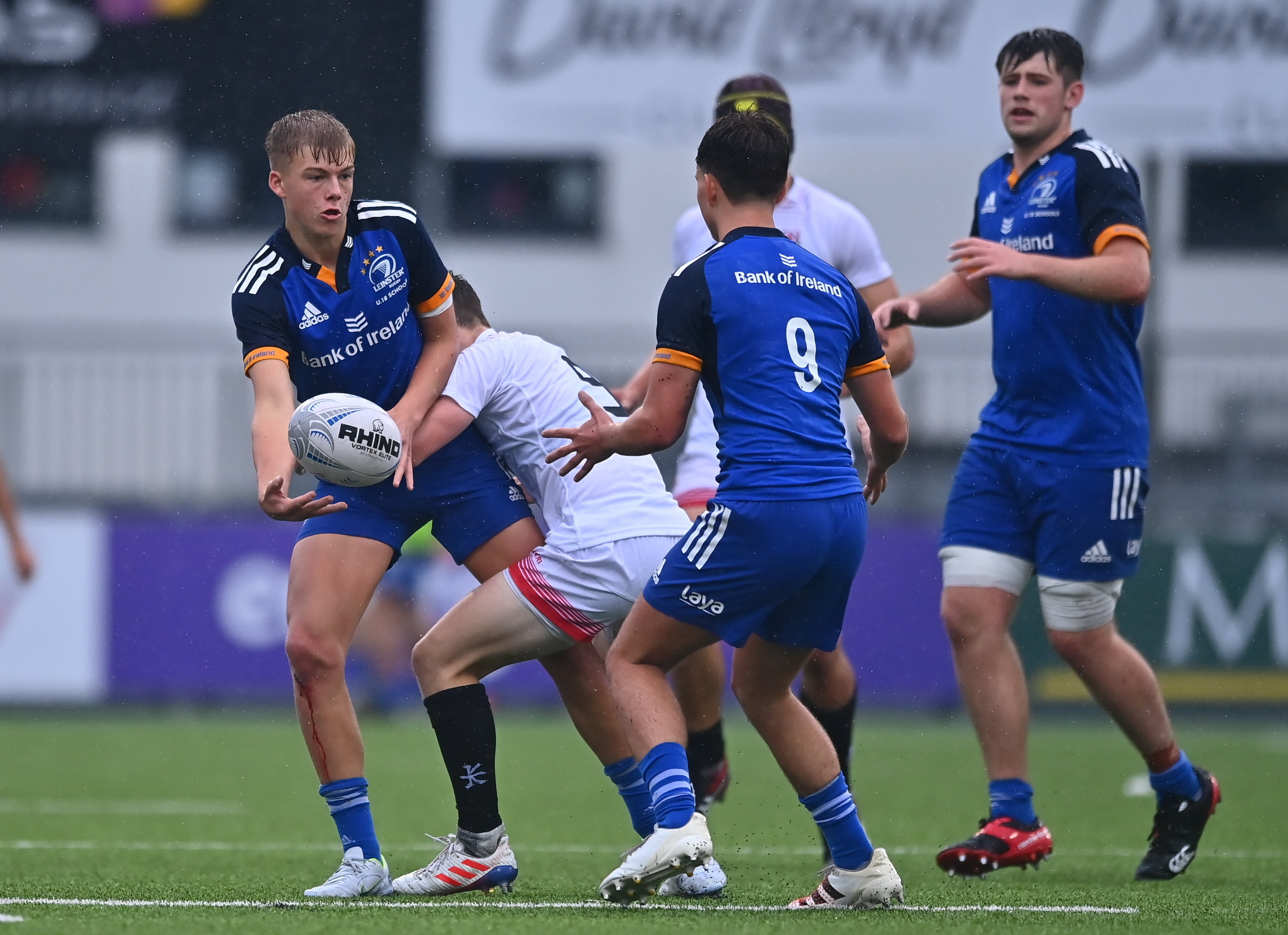 Any notion that Ulster were there to make up the numbers was dispelled when flanker Jamie Jackson gathered his own block to gallop for five points.

Mangan popped up in midfield to create an overlap for Molony to threaten again and Finlay got over without getting the ball down.

The loss of try-scorer Jackson was absorbed well, scrum-half David Armstrong showing a clean pair of heels to the Leinster cover for Josh Watterson’s conversion to make it 12-apiece in the 26th minute.

The scores were coming quickly. A neat break and simple ball from centre Evan Moynihan was the invitation for Molony to pick up his second, converted by Taylor.

The visitors did well to avoid conceding more points due to disciplined defence close to their try-line before wing Hillman’s ingenuity nearly cracked Leinster close to half-time.

The temptation must have been to play for territory. Instead, Molony flew up the right and Mangan was corralled in the left corner.

Ulster scrambled in the wide channels, used their maul defence to secure a turnover and made their way inside the 22 where the home side stood firm.

A coherent attack in which Leinster made progress up the right led to sustained pressure, Tom Murtagh slipping through a hole for Taylor to add the conversion in the 55th minute. 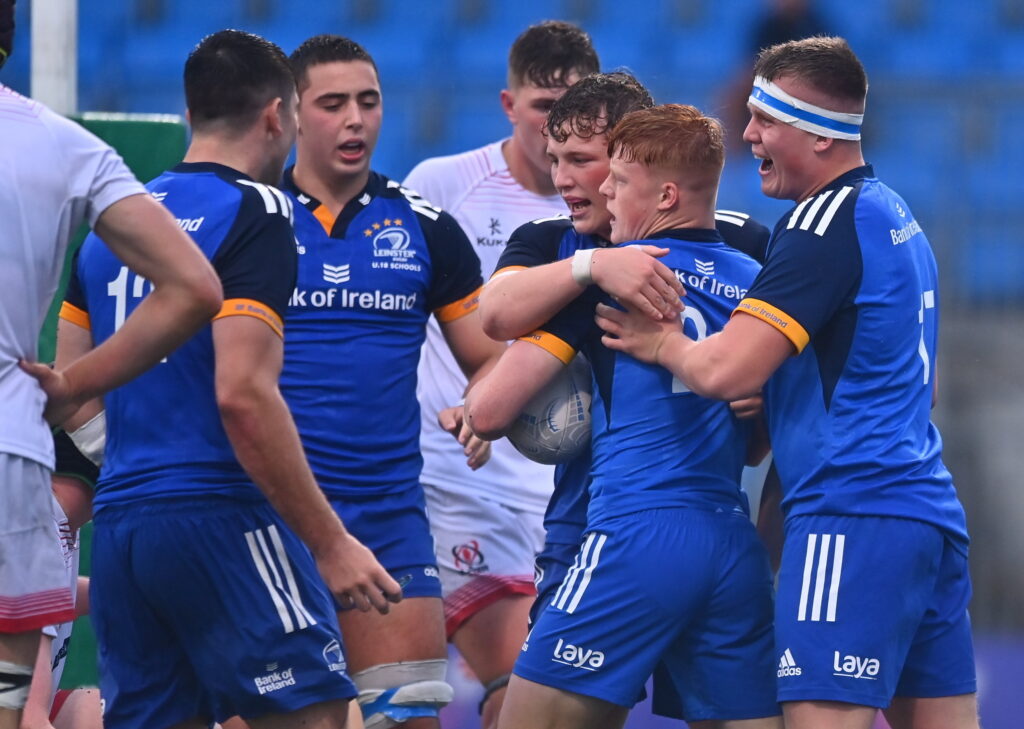 The visiting province wasn’t discouraged, laying siege to the line. The forwards hammered away until full-back Fraser Cunningham blasted between tacklers for Watterson’s extras to make it a one-score game in the 61st minute.

The Blues three-quarters had the answers, pulling Ulster out of position for replacement Todd Lawlor to slip a tackle for the fifth try, converted by Taylor.