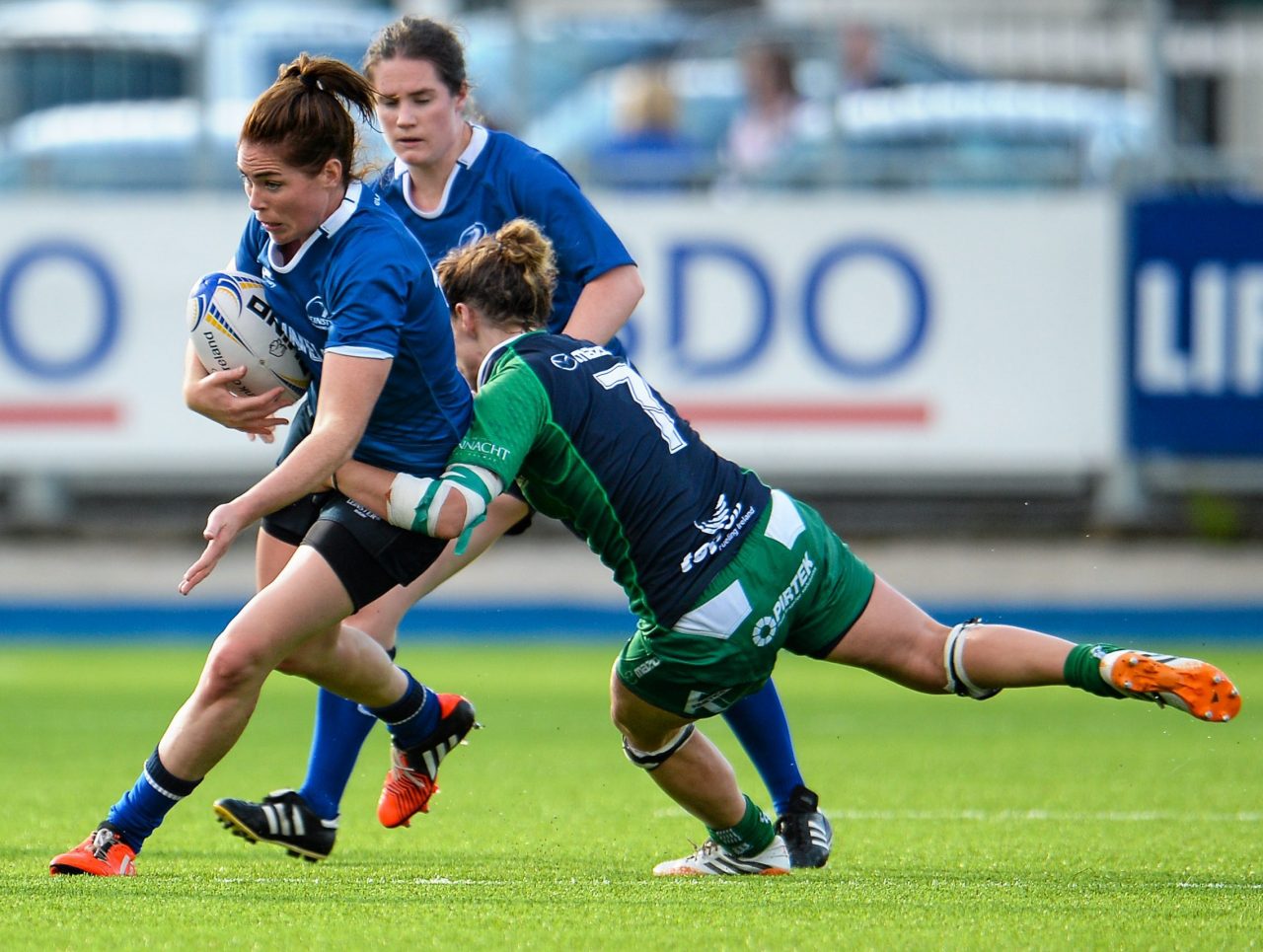 Robert Forbes’ Leinster maintained their strong form in the Women’s Interprovincial Series when making it two out of two at Donnybrook on Saturday evening to set up a title decider against Munster at Thomond Park next week.

This was bound to be a big step up from the 38-0 destruction of Ulster against a Connacht side wounded by their 8-3 close call against Munster.

Forbes was able to call on most of his big hitters, none more so than World Rugby Player of the Year nominee Sophie Spence, number eight Paula Fitzpatrick and the all-international Old Belvedere front row of captain Ailis Egan, Fiona O’Brien and Sharon Lynch.

Undaunted, Connacht were not slow out of the traps, their forward pack, led by second row Laura Feely, flanker Grainne Egan and number eight Carol Staunton, keen to mix it physically.

In fact, they moved in front through a try from openside Egan in a statement of intent. This gave them the confidence they were so badly looking for and they were more than a match for their hosts. They needed to build on this.

However, Leinster slowly worked their way into it with a powerful scrum and a wider variety of threats. From one of them, openside Jennie Finlay broke for a try to level it up at the interval.

The next breakthrough would be crucial and it came from the bustling Spence in the 46th minute for a 10-5 edge as Leinster finally began to get to grips with The Westerners.

The tenacity of Connacht centre Sene Naoupu was proving a difficult obstacle to overcome for the home side. They had a lot of ball without make it pay dividends.

Out-half Nora Stapleton’s exquisite cross-field ball was taken in by left wing Amy Cotter, who was held up by Naoupu. The ball was recycled. Spence drove it up; Fitzpatrick too.

The space was on the left. Stapleton drew in the last defender and centre Aine Donnelly had a stroll in to make it 15-5 in the 56th minute. 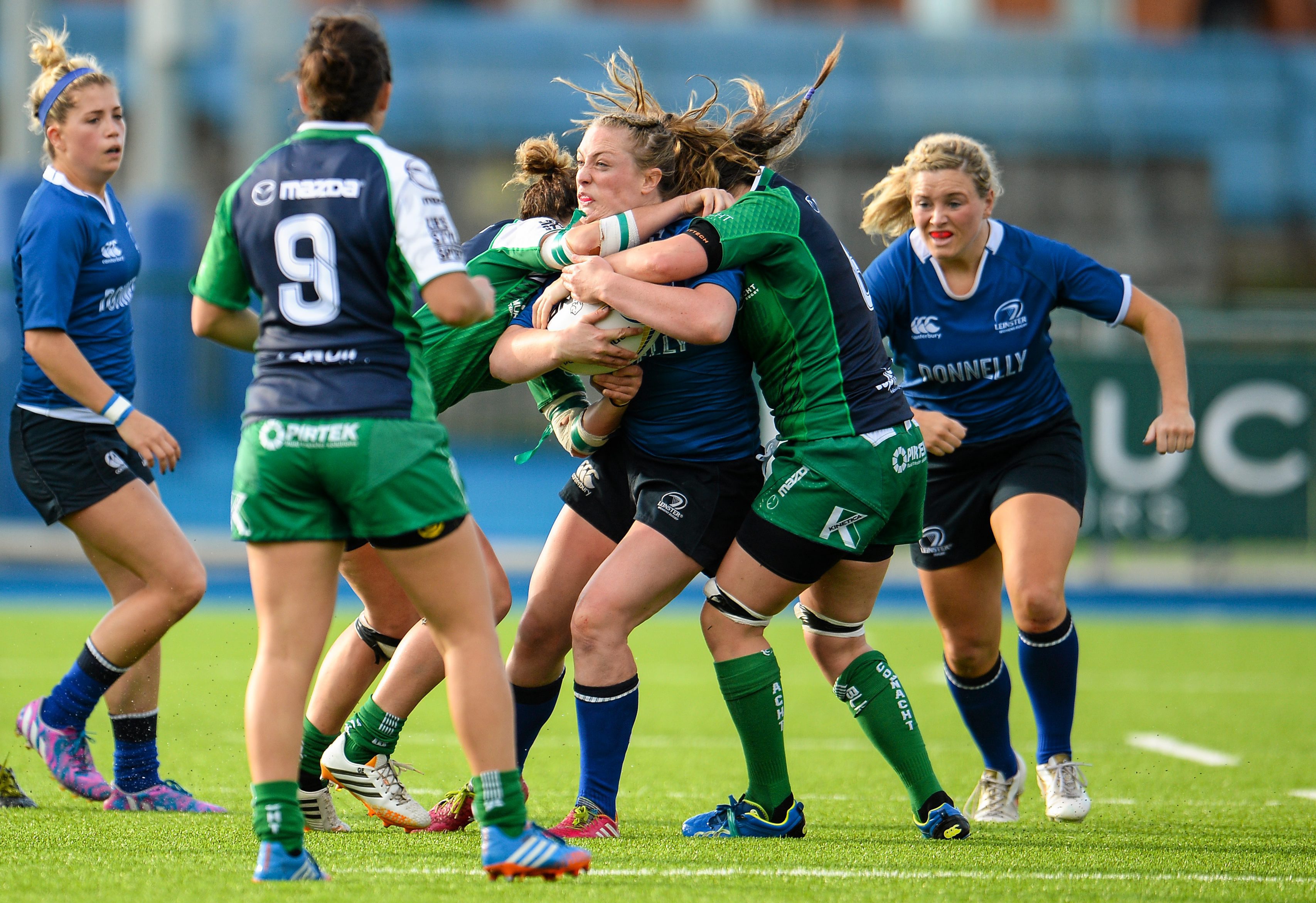 The two-score advantage allowed Stapleton the freedom to stretch her scope, a cheeky chip over the top almost coming off. Fitzpatrick was wrapped up by lock Siobhan Barrett in the tackle. Leinster came again, Stapleton creating a gilt-edged chance which centre Donnelly could not grab.

A sweet combination between Naoupu and Mairead Coyne put wing Emer O’Mahony away down the right in a move that came to nothing. Their left wing Jill Draper was also a threat on the ball.

These were warning signs. Connacht were not done.

Leinster lock Ciara Cooney nicked a ball at the front of the lineout. Flanker Jennie Finlay took the space given to her down the right. The control just wasn’t there to back-up the sound approach work.

Full-back Jeamie Deacon’s slick dummy and pass was just behind wing Vikki McGinn in what was a reflection of the match, Leinster threatening more than they delivered.

It leaves coach Forbes in the positive position of having two wins in the bag with a lot to work on.

“I hope we can be a lot better in Thomond Park,” said Forbes.

“We came out with targets in attack and defence and I think it’s fair to say we didn’t meet them.

“We had a very clear idea of what Connacht would bring and they didn’t disappoint. They took the lead and they could have been further ahead. 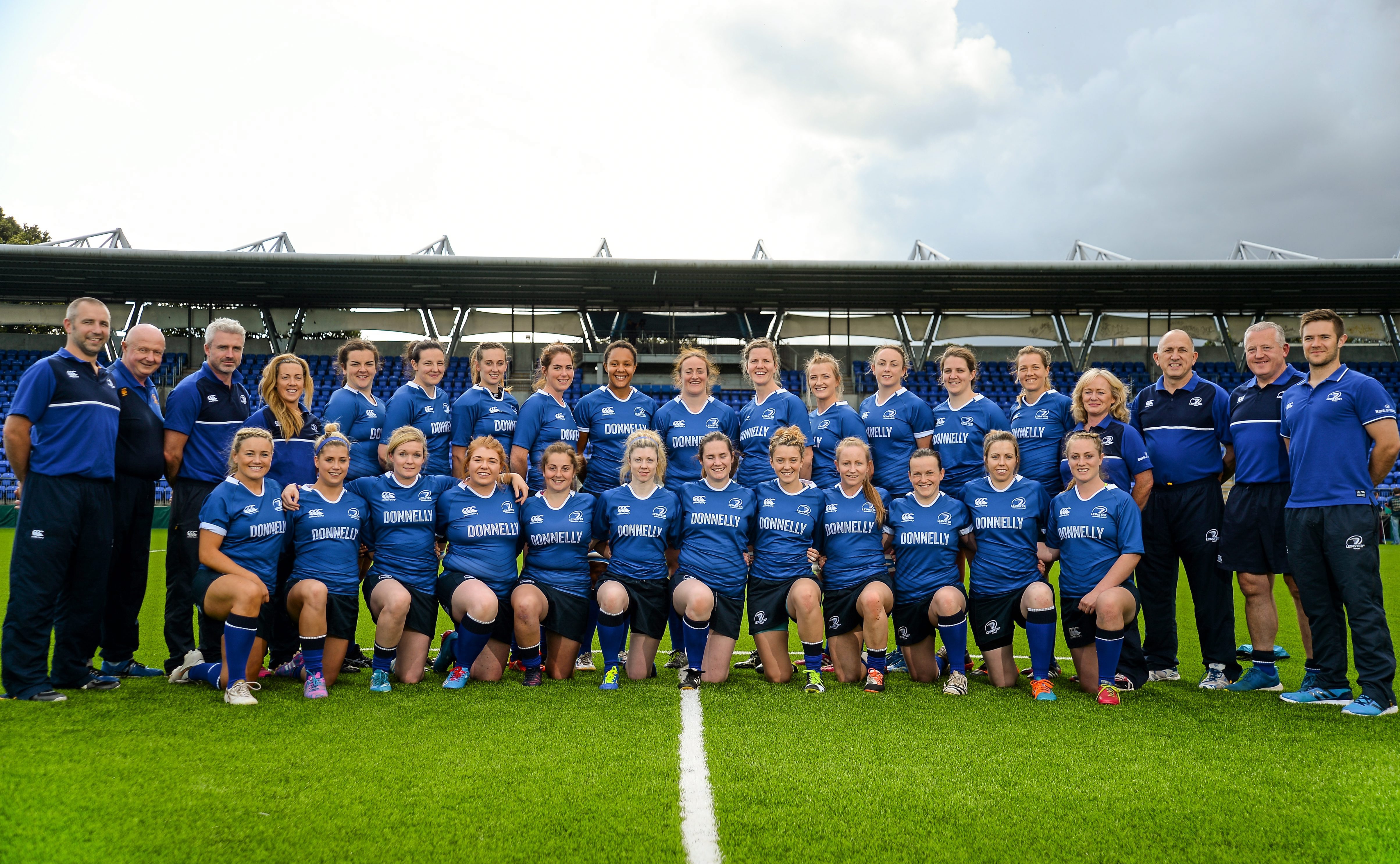