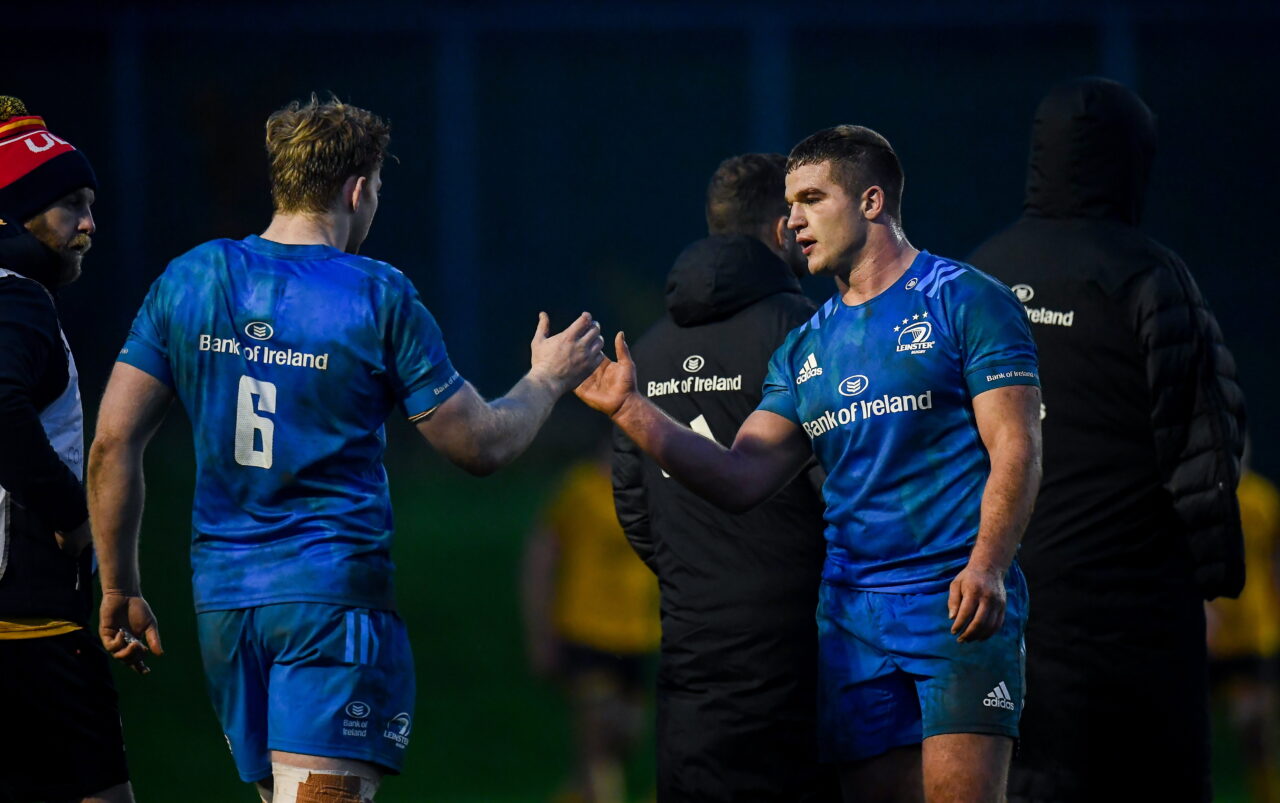 Leinster edged out Ulster in a fiercely competitive and thrilling game at a blustery Banbridge Rugby Club on Friday afternoon.

Ulster made a strong start with Callum Reid and Gareth Milasonovich making prominent carries, however the visitors were able to regain possession and build territory through the boot of David Hawkshaw.

The powerful Leinster pack got purchase in the first scrum of the game, earning the penalty for Hawkshaw to kick for the line-out. Scott Penny was the man to crash over for the first unconverted score of the game. 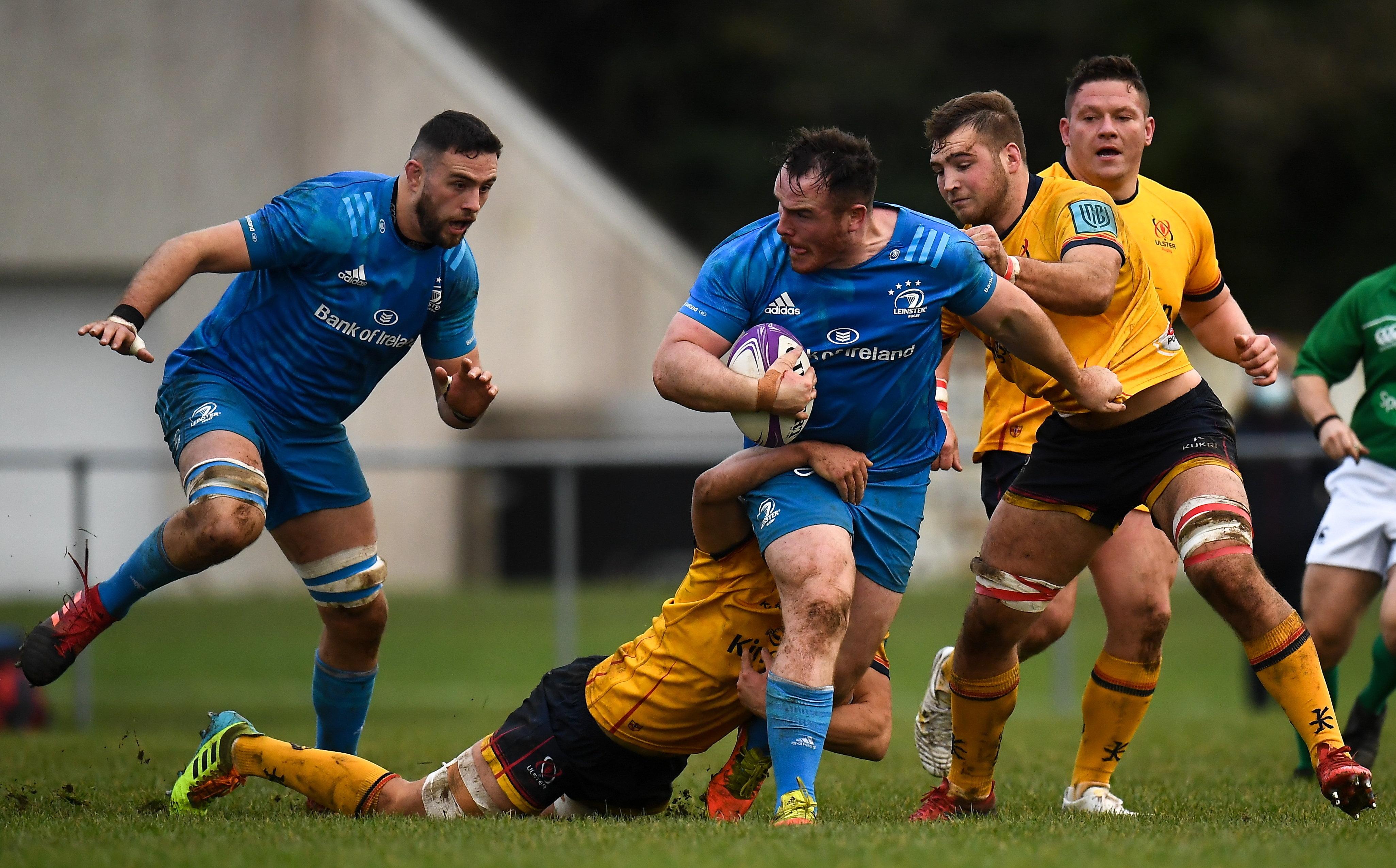 After the restart, Ulster’s backs showed some great hands in midfield and an Ian Madigan penalty to the corner put them in a promising position. Leinster saw themselves temporarily down to 14 when early replacement Joe McCarthy was caught off-side. Lewis Finlay directed his forwards towards the line and Angus Curtis showed real strength to bundle over for the try.

The men in blue thought they had scored on 31 minutes when Rob Russell kicked through into the corner, but he was held up and Ulster had the goal-line drop-out to get out of danger.

Shortly after, Chris Cosgrave made a searing break towards the Ulster line, but the home side managed to earn the turnover on their line. Madigan got good distance with the kick to relieve the pressure.

Angus Curtis ended his already-industrious first-half with a jinking run and looked set to score but Leinster held firm and brought him down just short before the break, with nothing separating the two sides.

In the opening minutes of the second half, Chris Cosgrave and Rob Russell worked in tandem to race down the right wing, but Aaron Sexton sniffed out the ball to make the intercept. The ball eventually went loose however to give Leinster the put-in.

The men in saffron kept the visitors inside their half for much of the third quarter. Leinster were pinged for off-side in the 54th minute and Ian Madigan coolly slotted over the three points to take the lead.

The visitors struck for their second score of the game, and regained the lead, through Nick McCarthy scrambling over following a strong Leinster scrum. David Hawkshaw fired over the tricky conversion. 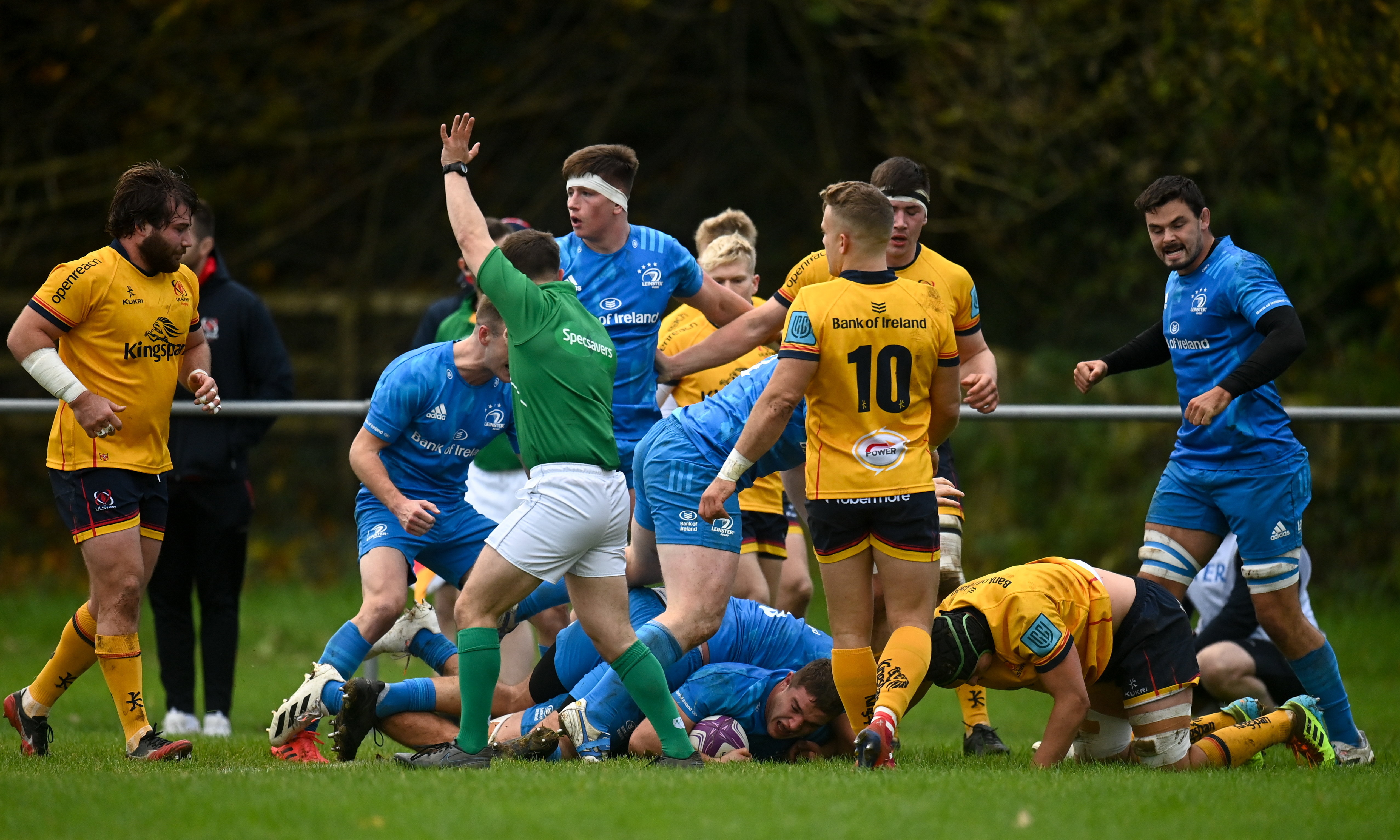 In the final minutes of the game, the Ulster men camped themselves outside the Leinster line, but the away side’s watertight defence remained intact, and they eventually earned the penalty to see out the game.