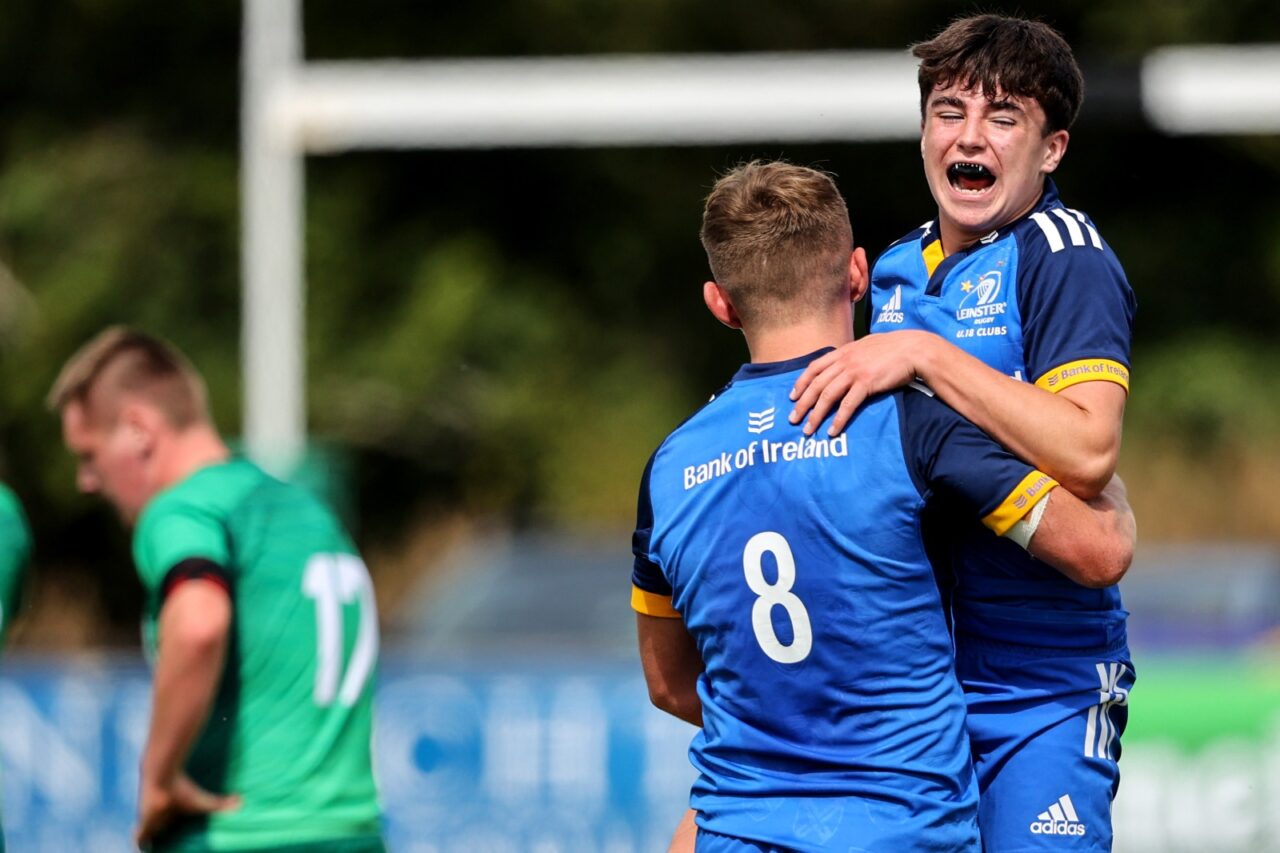 In a tightly contested game, a late try from Paidi Farrell – his third – saw the visitors take the lead for the first time in the game and leave Athlone with the victory.

Connacht got the first score of the game, vindicating a decision to go to the corner with a kickable penalty.

It was from there they built the pressure on Leinster, with the pack eventually pushing both Diarmaid O’ Connell and the ball over the line.

It didn’t take long for Leinster and the ever-dangerous Farrell to respond, with the winger taking advantage of some incisive play in midfield to finish an excellent move.

Connacht once again grasped the initiative, with some excellent back play of their own. Gerard Murtagh and Cian Brady combined to cut a hole in Leinster’s defence, before Corinthian’s Caden Grant finished an intricate move.

However, it didn’t take long for Leinster to hit back again, with scrumhalf Andrew Doyle catching Connacht’s defence unawares and going over the line.

It looked like the sides were set to go into the break level, but Harry Duffy had other ideas. The flanker gave Connacht a 17-12 lead just before the half-time whistle, with his try the result of some excellent play from Connacht’s pack.

Leinster started the second half with real intent, being denied a try in the early stages only by Cian Brady’s last ditch tackle.

However, that only stemmed the tide briefly, as fullback Rory Allen broke through Connacht’s defence and restored parity.

With 20 minutes left on the clock, The Blues were reduced to 14. Lincoln de Year was given a red card after the lock was deemed to have challenged Connacht full-back Cian Brady illegally in the air.

Connacht seized the initiative from that point, with a penalty from Oisin O’Neill, along with a great move finished off by Patrick Flannelly.

However, an excellent individual try from Farrell brought Leinster back into the game, before the winger cut into midfield in the dying minutes and gave his side a 29-28 lead.

Peter Burgess was able to add the extras, with Connacht then running out of time to stage a response.