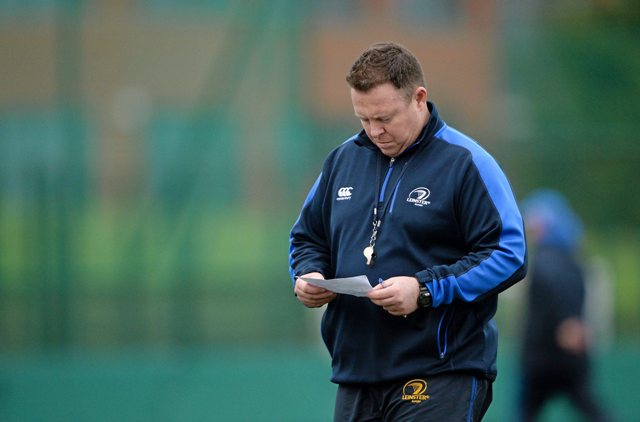 “At the start of the year one of our goals as a squad and as a management team was to qualify for the Heineken Cup Quarter-Finals and we’ve done that as Pool winners.”

O’Connor did however acknowlege that the road to an away Quarter-Final against Toulon had not been easy but again praised the efforts of his players.

“It has taken a big effort from the players to come through a tough group with five wins out of six and they deserve great credit for that.”

An away trip to Toulon and their vast array of stars on the weekend of 4th/5th/6th of April is going to be a great challenge but one that O’Connor is already eager to embrace.

“I’ve said it many times before, there are no easy games in the Heineken Cup and a trip to Toulon is further proof of that. They have a fantastic squad of players and their form in the Heineken has been excellent with only one loss in a Pool containing Cardiff, Exeter and Glasgow meaning they have earned their home Quarter-Final.

“I know from the mentality of my players that they want to be tested against the best and ultimately if we are to progress in this competition then we have to play and beat the best and I am confident that we have the capabilities to do that.”

Of course the draw for the Semi-Finals was also made this evening but O’Connor would not be drawn on a possible clash with either Munster or Toulouse on the weekend of 25th/26th/27th of April.

“Look of course the draw will get fans and media talking but we can’t control that. All that we can control is our own performance away to Toulon. If we get over that considerable hurdle we will have plenty of time to talk about a potential Semi-Final and I am sure Rob (Penney) will say the same!”