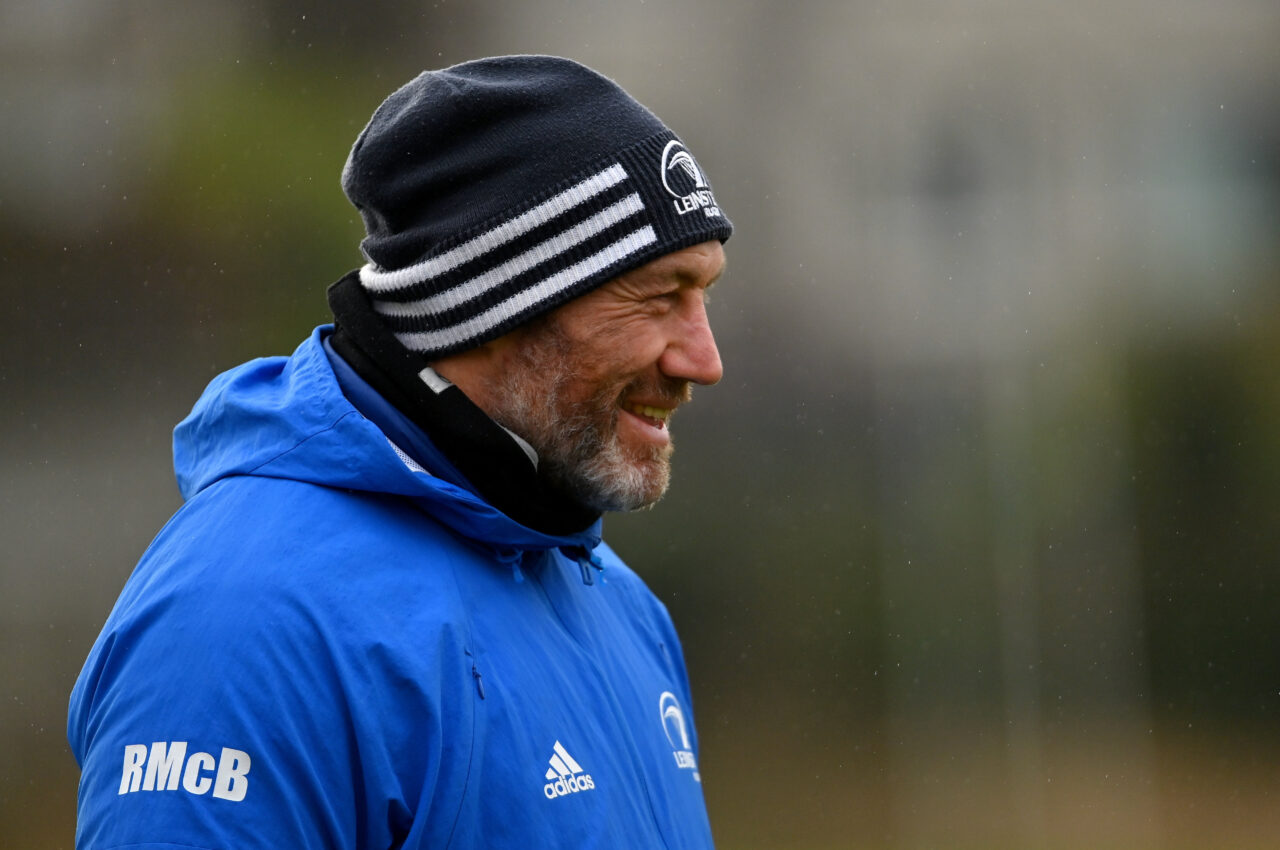 Assistant coach Robin McBryde believes that this weekend’s meeting with Munster Rugby is the biggest game so far this season.

Previewing the Guinness PRO14 contest, McBryde highlighted the danger that Munster’s pack will pose to Leinster at Thomond Park.

“They’re flying high, they’re doing well in Europe. I’m sure they’re looking to welcome us at home where they’re unbeaten,” McBryde said while speaking to media via video call.

“They’ve got a very good defensive record. It’s going to be a big test for us.

“They’ve got a very potent attacking driving maul, which gives them a lot of territory from penalties. Obviously very strong at scrum time as well, similarly. They look to use the scrum as a weapon.

“They’re just going to be a tough outfit for us, especially up front. They have got a bit more to their game, but ultimately it starts with the forwards up front so that’s where the test is going to lie.”

On the subject of the front five, McBryde also provided a further update on tighthead Tadhg Furlong who has been absent through injury since before the suspension of competition.

His most recent appearance came for Ireland in the 2020 Six Nations contest with England at Twickenham in February.

“It’s a very graduated return to play, as anybody can understand, because of the series of injuries that he’s had, so they just want to make it 100 per cent sure that he’s right,” McBryde elaborated.

“He is training, he’s taking a full part in units. He’s only got a few boxes to tick again, really. It’ll end a very frustrating time for Tadhg who’s kept himself going remarkably well, really, during this period.

“With the Six Nations around the corner, I’m sure he’s itching to get back then and chuck his hat in the ring there as well.”