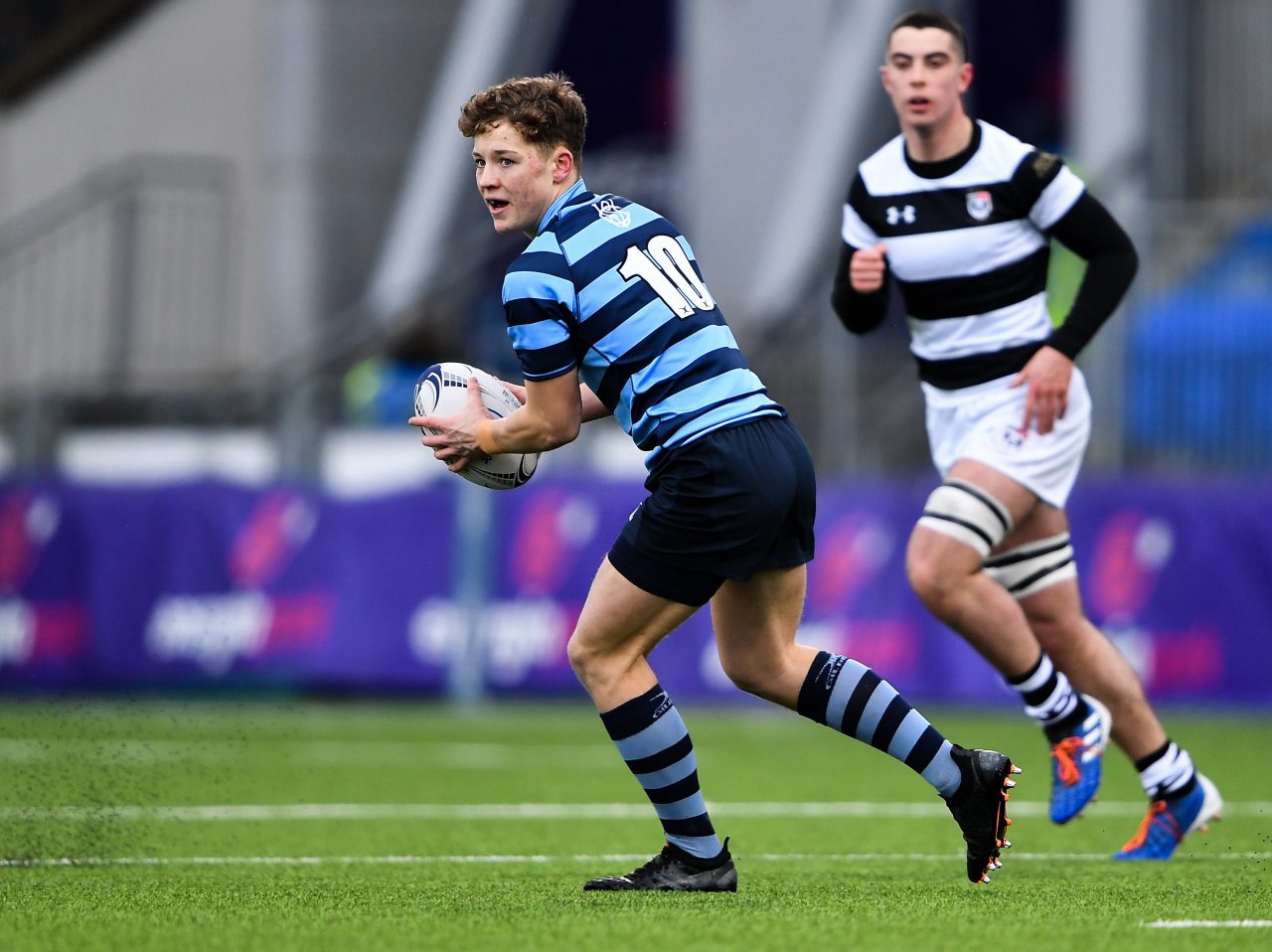 St Vincent’s Castleknock College are the first team into the last four of the Bank of Ireland Leinster Schools Senior Cup after a one-point victory over Belvedere College.

A 64th-minute penalty from their captain and out half, Louis McDonough, kicked into a swirling Energia Park breeze, was the crucial score to clinch the win.

It had been an excellent start for Castleknock, No 8 Ian Birmingham carried strongly into a good position early on after a smartly worked lineout, something that would become a theme of the day.

He was held short of the line but they recycled well and tighthead Ben Griffin managed to get close enough that a big outstretched arm opened the scoring for the afternoon.

Indiscipline from Belvo allowed McDonough to continuously pin them into the corners and Birmingham nearly added a try of his own with the exact same move off the lineout in the 11th minute.

Belvedere recovered well to hold him up but Castleknock kept the pressure on and finally Griffin scored a second, almost identical to his first, another great show of strength from the prop to barge over the line.

It took just under 20 minutes for Belvedere to really threaten starting with a break from Eoin MacAdaimh that eventually came to nothing. But, it was a start.

Jonathan Sargent also took flight through the Castleknock defence but he was taken down by full back Conor Delaney.

MacAdaimh had another chance in the closing minutes of the half but a combination of Alex Watson and Conor Duggan managed to bundle him into touch. Again, Birmingham was the receiver at the front of the resulting lineout and drove Castleknock up the field to ease any danger.

The Great Denmark Street boys started the second half with more intent, testing Castleknock a lot more in the trenches.

This new hunger was deservedly rewarded with a try in the 42nd minute for centre Peter O’Farrell after a powerful burst for the line from Darragh Coan had got them into position.

As waves of attack came at the Castleknock defence throughout the second half, they managed to hold firm, albeit with some penalty concessions.

Losing try-scorer Griffin to the bin just before the hour mark was a hammer blow and soon after, Sargent found himself as part of an overlap out wide and was able to dot down for Belvo, compounding Castleknock’s misery. Tormey’s conversion put them 14-12 in the lead.

Castleknock were soon given the opportunity to regain the lead when Belvo were penalised for going off their feet at the ruck.

McDonough nailed the kick and a single point advantage was restored as was their place in the final four.