The McFaddens – A family at the heart of Leinster Rugby 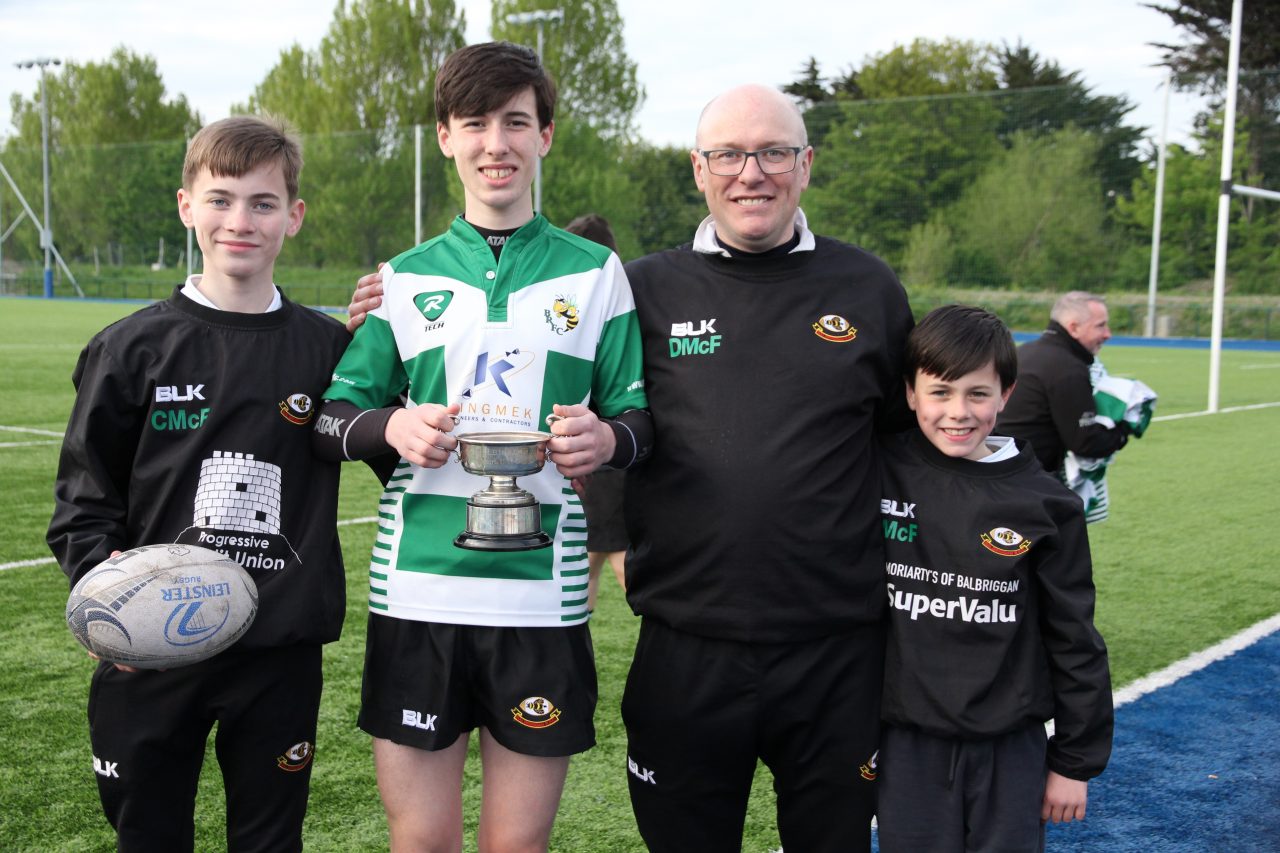 Leinster Rugby is unique for the number of sets of brothers it has had in the ranks. From Rob and Dave Kearney and the Kellehers to the Byrne twins, with, more recently, brothers Ross and Harry Byrne showing their worth at out half for the province.

However, away from the spotlight of the professional game, families are also at the core of our clubs and their dedication and commitment to the club game is vital to the domestic rugby engine that drives the development and promotion of Leinster Rugby.

One of these families, the McFaddens of Balbriggan RFC, present a shining example of how rugby can bind a household and that household can be the glue in our success.

David McFadden first joined Balbriggan RFC in August 1987 after completing his leaving cert in Gormanstown College. During that season the club teamed up with Technicon to win the Dublin Business House League. Dave also played at hooker for Lansdowne Under-19s while in college and, when he returned to the club, he served as PRO on the committee.

He was part of the Anderson Cup winning team of 1993 and at around this time he began his legal training and lined out for the Solicitors Rugby Club. Dave also played for Skerries RFC for a time before a knee injury and two surgeries forced him to retire from playing at the age of 28.

At the time of his retirement, Dave had already met his now wife Caroline and from day one she knew that rugby would always be a huge part of their lives together. Dave had rejoined Balbriggan and immediately became involved at committee level as well as representing the club at area level.

Himself and Caroline married in 2002 and the following year Dave began a five-year stint on the Leinster Branch Executive Committee during which he contributed hugely to the development of the domestic game, assisting in many areas including competitions and disciplinary.

He also set up the Fingal County team, along with Brian Vaughan (Swords) and Des Dillon (Malahide), and this side went on to win the County Championship twice. Dave was also instrumental in the establishment of the North East area’s Beachy Cup – a one-day blitz and curtain raiser to the season that allows teams to sharpen their skills ahead of their league campaigns.

In 2008, Dave again turned his attention to club matters and served as Honorary Secretary for five years. By then, the McFadden family had grown significantly and Dave, Caroline and their four children have become ever-presents at club matches and social/fundraising events.

As the kids began to play rugby and the sport and club became a bigger and bigger part of family life, it was inevitable that Caroline’s involvement with the vibrant Balbriggan club would increase.

That inevitability became reality in 2013 when Caroline was asked to become PRO and, after years of supporting her husband and his commitment to rugby, Caroline accepted the role that would lead to her very quickly being recognised as the club’s most influential promoter ever and one of Leinster Rugby’s most treasured Domestic PR volunteers. 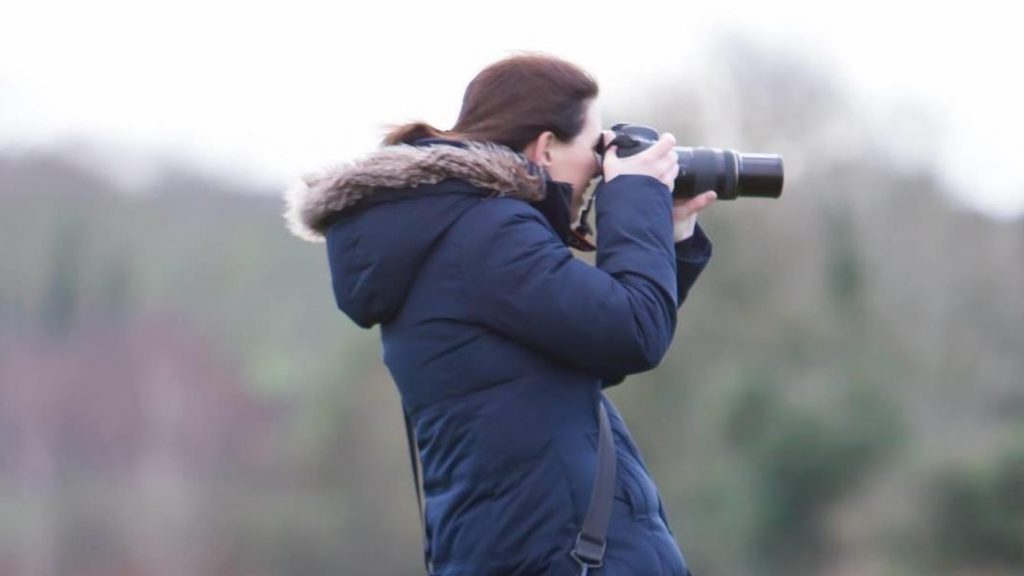 Caroline’s skills along with her efficient and effective way of working meant that in a very short period of time she had achieved incredible success for her club. She immediately increased the club’s presence on social media, in the local press and across Leinster Rugby’s various channels. Every success was maximised and in no time at all she had built a brand that stood at the centre of the Balbriggan Community.

With this presence established, Caroline then saw a huge opportunity to capitalise on the club’s upcoming 90th anniversary and, during the 2015/16 season, she spearheaded two projects that were acknowledged across Irish Rugby.

It began with a Club Ball that was attended by a huge crowd including the Presidents of both the IRFU and the Leinster Branch. She then decided to mark the anniversary by researching the club’s history – no easy feat – as the club did not have a clubhouse so archives and memorabilia were dispersed across many places.

Caroline never does things in half-measures and so her research turned into an incredible book packed with photos and stories that would be treasured by club members and the wider community. The book, entitled ‘From Rope Walk to Bowhill‘ was launched in The Bracken Court with a crowd of over 400 in attendance.

On the same night, Caroline was presented with the Club Person of the Year Award and her work was also recognised by Fingal County Council and Leinster Rugby who presented her with the PRO of the Month award for September 2016. 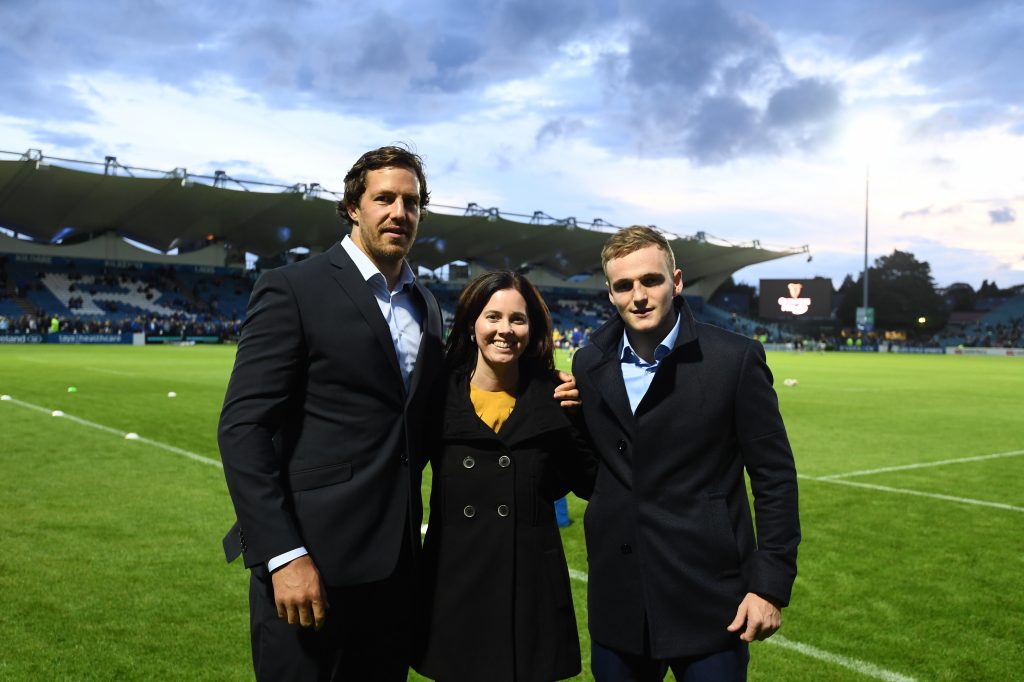 During that busy season Caroline also somehow managed to find the time to drive the club’s CCRO around from school to school ensuring that the relationships between the club and local schools continued to strengthen.

When Australian native Connor Burke arrived at the club to take on the role he was only 19 years old and so he was unable to obtain insurance to drive and without Caroline’s support he would not have been able to take the role.

Caroline’s role as PRO became central to the family’s weekends. With all four children playing for club teams, herself and Dave would attend youths and minis games every weekend and Caroline’s photography skills soon became legendary.

On Sundays, the family would travel all over the province to attend men’s and women’s games where Caroline would take professional-quality photos before heading home to write up match reports in time for the local papers’ Sunday night deadlines.

It was therefore no surprise when the North East area asked Caroline to take on the role of Area PRO and since accepting it she has become one of the most frequent contributors of content for Leinster matchday programmes and the Leinster Rugby website.

She is an active member of the branch’s Domestic Rugby PR Committee where she serves alongside Dave who represents the Junior Rugby Committee. Caroline was also appointed as PRO for the Leinster Junior team by Robert McDermott during the 2017/18 season and she has continued in the role since then. This is another bit of a family affair with Dave playing an important supporting role in the running of this interprovincial side.

Dave continues to work tirelessly for both club and province having returned to the role of club Honorary Secretary as well as club representative at area level and he is again a member of the branch’s Executive Committee.

The entire family is immersed in the club with children Kate (16), Jimmy (15), Conor (13) and Alex (10) all playing for their various age groups while Dave coaches the Under-15 team and helps with the various camps run by the club. 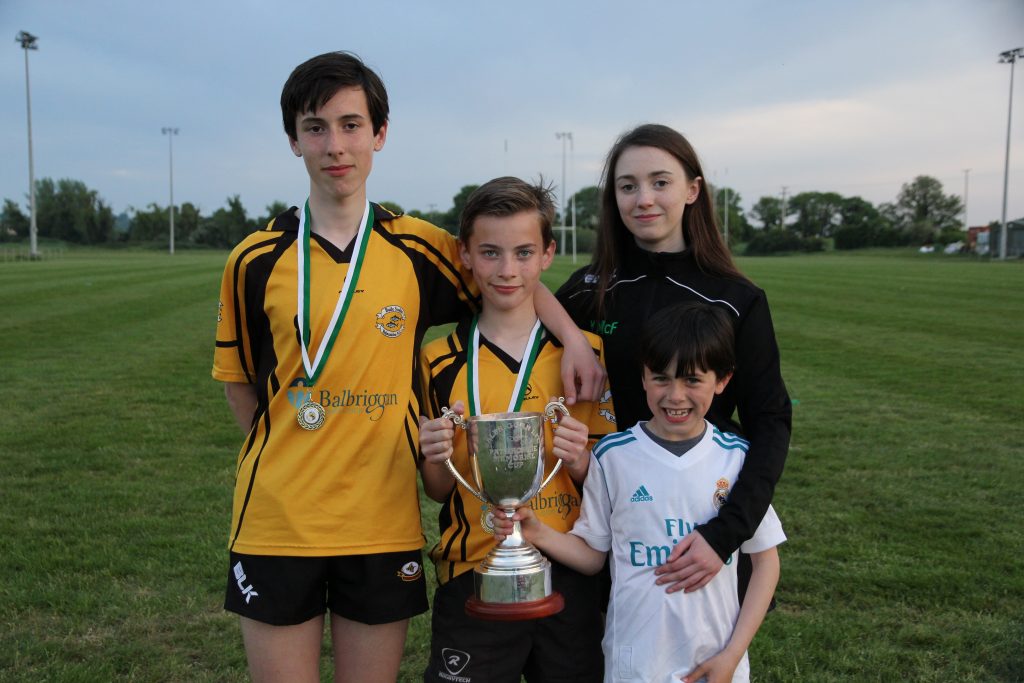 With the club right at the heart of the family and the McFaddens loved and appreciated by all club members, it is fitting that Caroline received her greatest recognition to date in rugby when, in May 2019, she was elected President of her beloved club and in doing so became the first ever female President of Balbriggan RFC. It was a huge honour for herself, Dave and their children.

Caroline’s two-year tenure coincided with a momentous day in the club’s history as work began on the construction of their new clubhouse. Although this season came to an abrupt end, construction had thankfully been completed and so when we all finally get back to rugby, those visiting the most welcoming of clubs will be greeted by the fine new home of Balbriggan RFC. There is little doubt that this would never have happened had it not been for the McFadden family and other families like them.

The influence that this family has had on the development of rugby in their home town, their North East area and the province as a whole can not be understated. We salute you Caroline, Dave, Kate, Jimmy, Conor and Alex and in doing so we thank all of the families that make sacrifices and give up their time to do what they can for the wider family of Leinster Rugby.