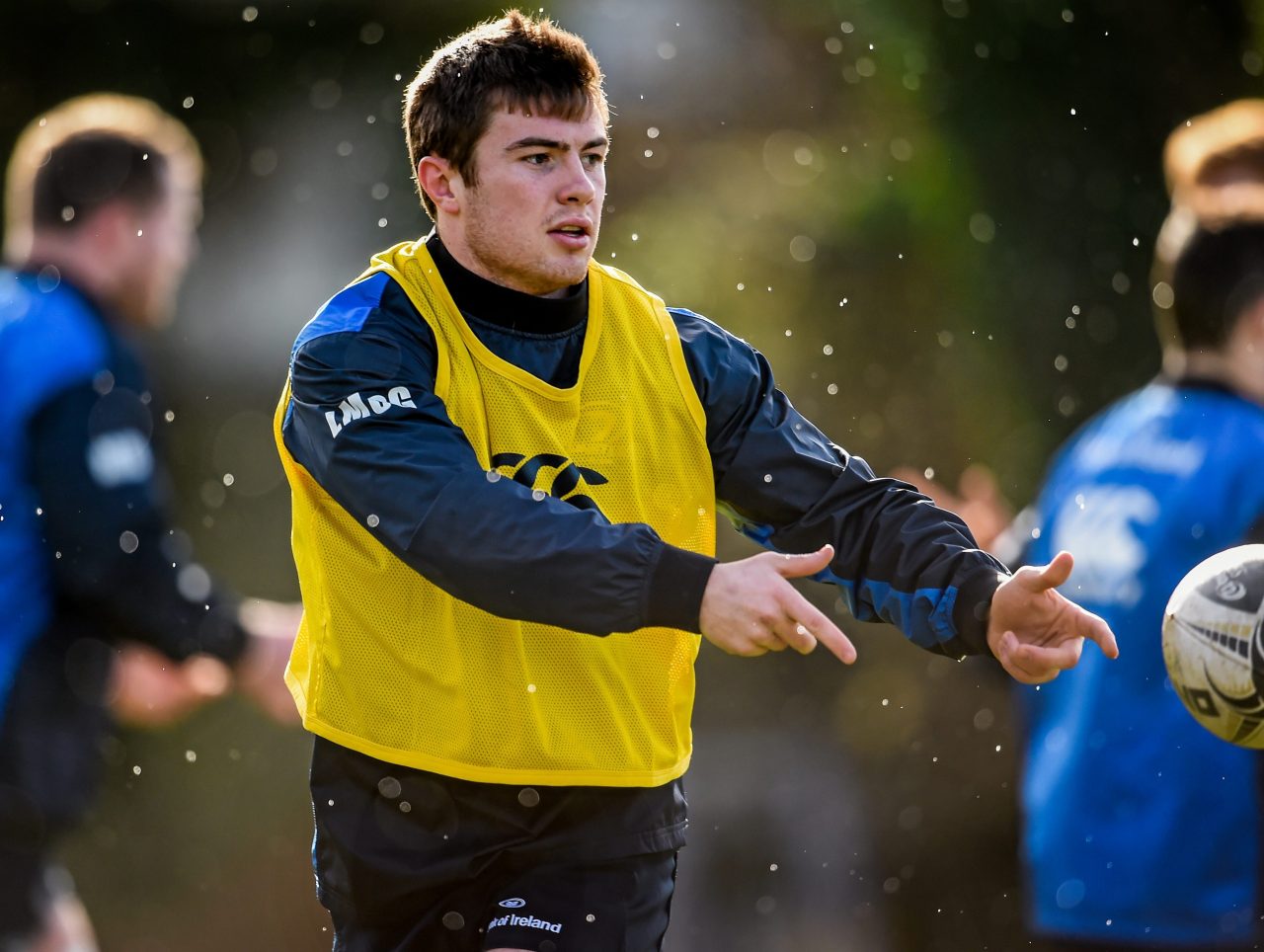 Luke McGrath made his Leinster senior team debut back in May 2012, aged just 19 and in his first year in the Leinster Academy.

That first appearance was for the final 11 minutes of a tight Leinster win at Rodney Parade against the Dragons.

Since then he has racked up 24 Leinster appearances, scoring five tries.

This season especially has offered McGrath the opportunity to learn and grow as a player with more time spent among the senior squad.

“I suppose for me personally it’s been a great learning experience,” McGrath said of his increased game time, in Leinster HQ this week.

“I’ve been more around the team this year than I probably was last year. Especially now more than ever because 19 players are in and out of the squad (on international duty). It’s a good set up for us young lads.”

Reflecting on the disappointment of the defeat to Dragons in the RDS Arena two weeks ago, McGrath acknowledges that performances haven’t been to the standard the squad expect, but a positive result against Zebre and a pivotal game against Ospreys should act as the ideal remedy.

“It was tough. The last two weeks we’ve probably let ourselves down performance-wise. But I thought in the second half in the Zebre game we showed what we’re kind of about. It’s a massive game this week against the Ospreys. They would’ve been pretty frustrated last week just to lose to Glasgow away. They have two tough games coming up with Munster next week, and we have two tough games. It’s all to play for this week.

“We weren’t accurate in the first half at all last week and in the Dragons game. In the second half we kicked on and scored four tries. I suppose we were more accurate; we held on to the ball, we did the basics much better. I think against a team like Ospreys you can’t make the easy mistakes like we did in the first half. That’s a big focus for us going in to Friday.” 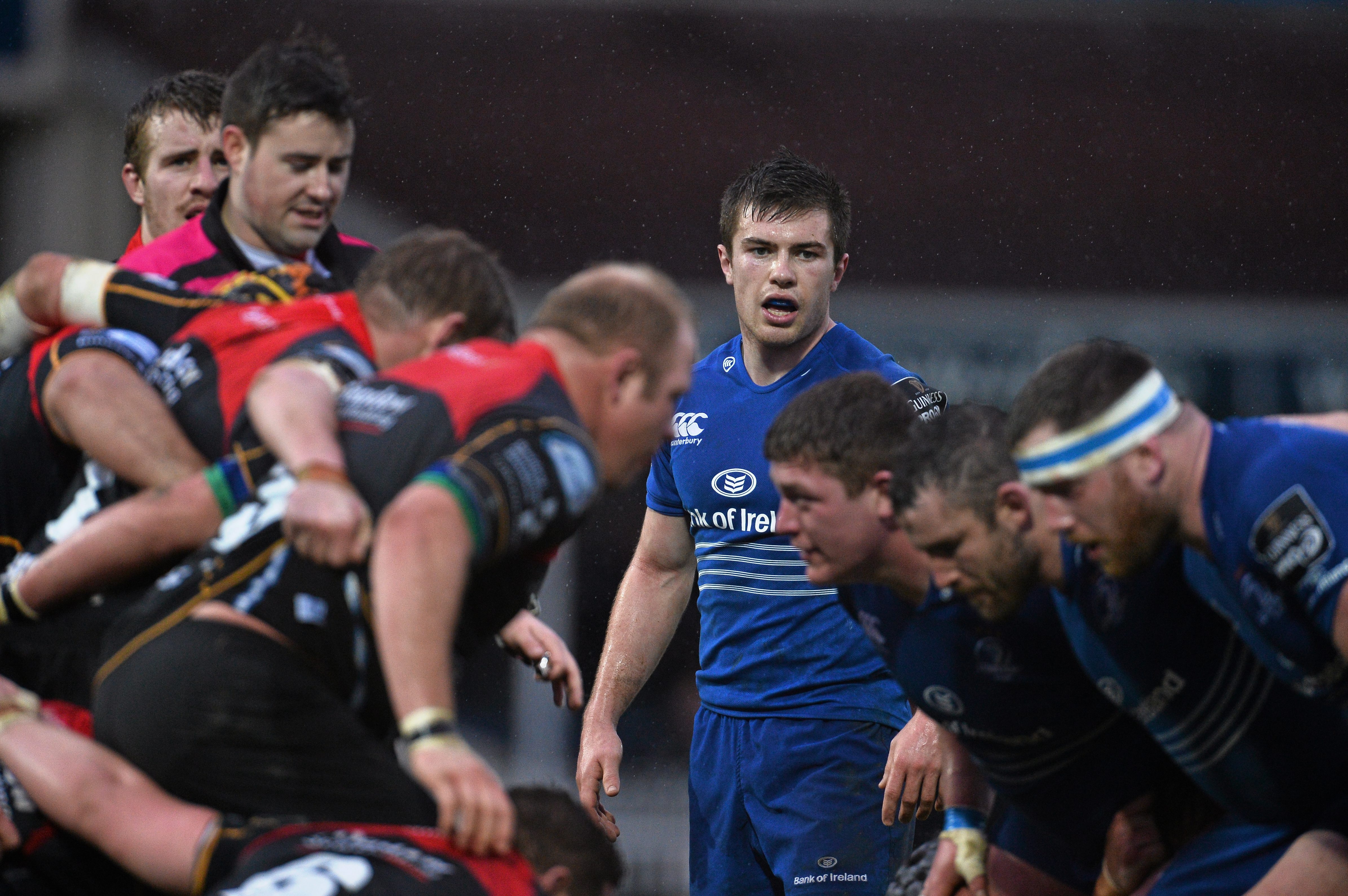 Leinster faced Ospreys in four fixtures last season in the Heineken Cup and the PRO12. Leinster came out on top in the two European fixtures, but Ospreys snatched a draw in the RDS and were 25-19 victors in the PRO12 fixture at the Liberty Stadium.

“Every time we play Ospreys we know it’s going to be so tough. We played them four times last year, so we know a lot about them. Every time we play them it seems to be very close, and no doubt it will be this week as well.

With the hunt for PRO12 play-off spots hotting up, and Ospreys just two points behind Leinster in the table, this weekend’s game takes on an added level of significance.

“We have targeted these four games (during the 6 Nations) and the last two weeks haven’t gone to plan really, but it’s important this week that we start building. We need a big performance for this Friday.

“It’s a very important time for us young lads. We have to take each day as it comes, but we have to be switched on for training, know our detail.”

For some of the younger players in the senior squad and in the Academy, preparation is everything. Doing the hard work in training during the week, knowing the game plan and knowing the opposition, should all add up to a strong performance once the match day comes.

“For the young lads coming in, you mightn’t have too much game time, you need to have everything right off the pitch and then once you go on to the pitch you just have to be ready and just play. You know your detail, you know the players you’re up against. It’s just vital that you go out there and show what you have.” 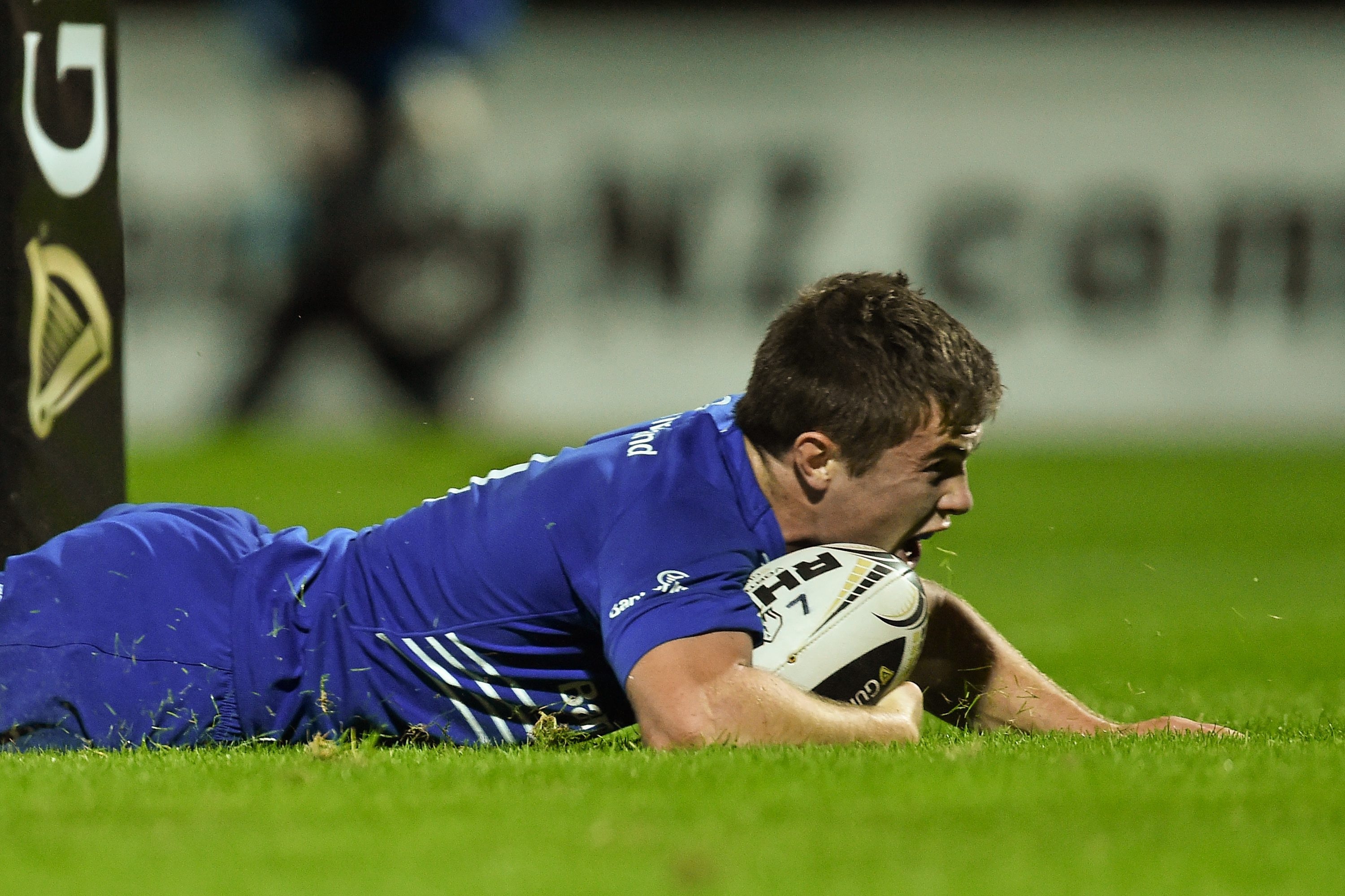 For McGrath, working alongside the experience of Eoin Reddan and Isaac Boss has helped him to grow as a player every day.

“Redser and Bossy have so much experience that every time I come in here I learn something off them. I’m enjoying playing alongside them in training. I’ve definitely felt like they’ve shown me a lot since I’ve come in the senior squad, in the last year or two especially.

“You talk to them and they have similar experience to you when they were younger. I suppose you’ve got to keep working hard.”

There is another game taking place this weekend, which is set to feature a number of Leinster players. But McGrath says that Sunday’s 6 Nations match in the Aviva Stadium doesn’t enter into his thinking much when Ospreys are on the horizon.

“A lot of the Leinster guys are in (the Ireland squad) and you just hope the best for them, and for the Irish squad going forward. Obviously it’s a huge game the England game but I think in here we’re just focused on Ospreys.”

Leinster face Ospreys in the Liberty Stadium on Friday evening at 7.35pm. The match is live on TG4. Click here for travel information.

Over 30,000 tickets have now been sold for Leinster’s Champions Cup Quarter-Final against Bath at the Aviva Stadium. Click here for tickets.