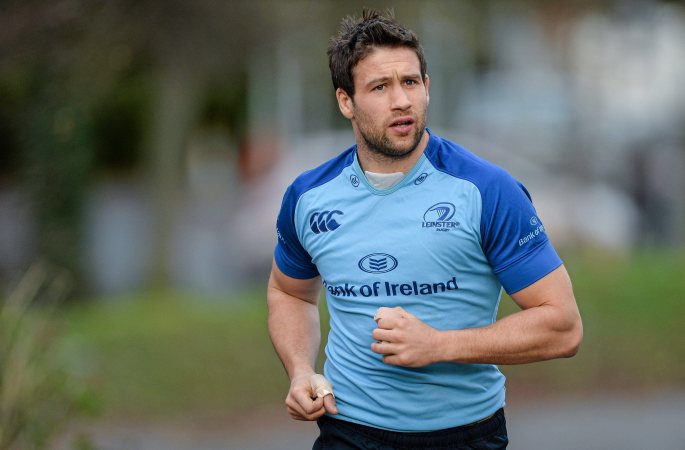 Kevin McLaughlin believes that the current 6 Nations period will be a crucial part of Leinster’s season as it may end up determining which teams finish in the playoff spots in the PRO12 table.

Leinster currently lie in second place in the PRO12 behind Munster who lead the table by three points. McLaughlin thinks that if Leinster want to retain their PRO12 title then picking up wins over the next six weeks will be a vital part of that.

“I think in the last 6 Nations period we had four games and we targeted 16 points and I think we ended up getting 18 points,” McLaughlin says.

“It actually pretty much ended up winning us the PRO12 because we got a home semi-final and went on from there. That was the really important period where we put up a few points on some teams.”

On a personal level, McLaughlin also sees the next few weeks as chance for him to put in some good performances and get back to playing regular rugby.

“It’s always a good opportunity, especially for someone like me who’s had a difficult couple of months to just get going, start playing some rugby and I’m looking forward to it.”

McLaughlin, along with other senior players in the squad, will play an important role over the next few weeks in guiding some of the younger players through fixtures against Zebre (home and away), at home to Dragons and away to Cardiff. McLaughlin believes the young players can step up to the mark and help Leinster pick up some key victories.

“It’s a case of the senior guys that are still here making sure that the mood is right,” McLaughlin explains.

“The talent is there, guys just have to step up and perform now and hopefully we can get four wins.”

Leinster are away to Zebre in the PRO12 on Sunday February 8th. Travel with the team to the match!

Get your tickets for Leinster’s Valentine’s Day game against Dragons here and enter a special Valentine’s competition with Spin1038 here.