McNamara: “The boys showed character to dig it out” 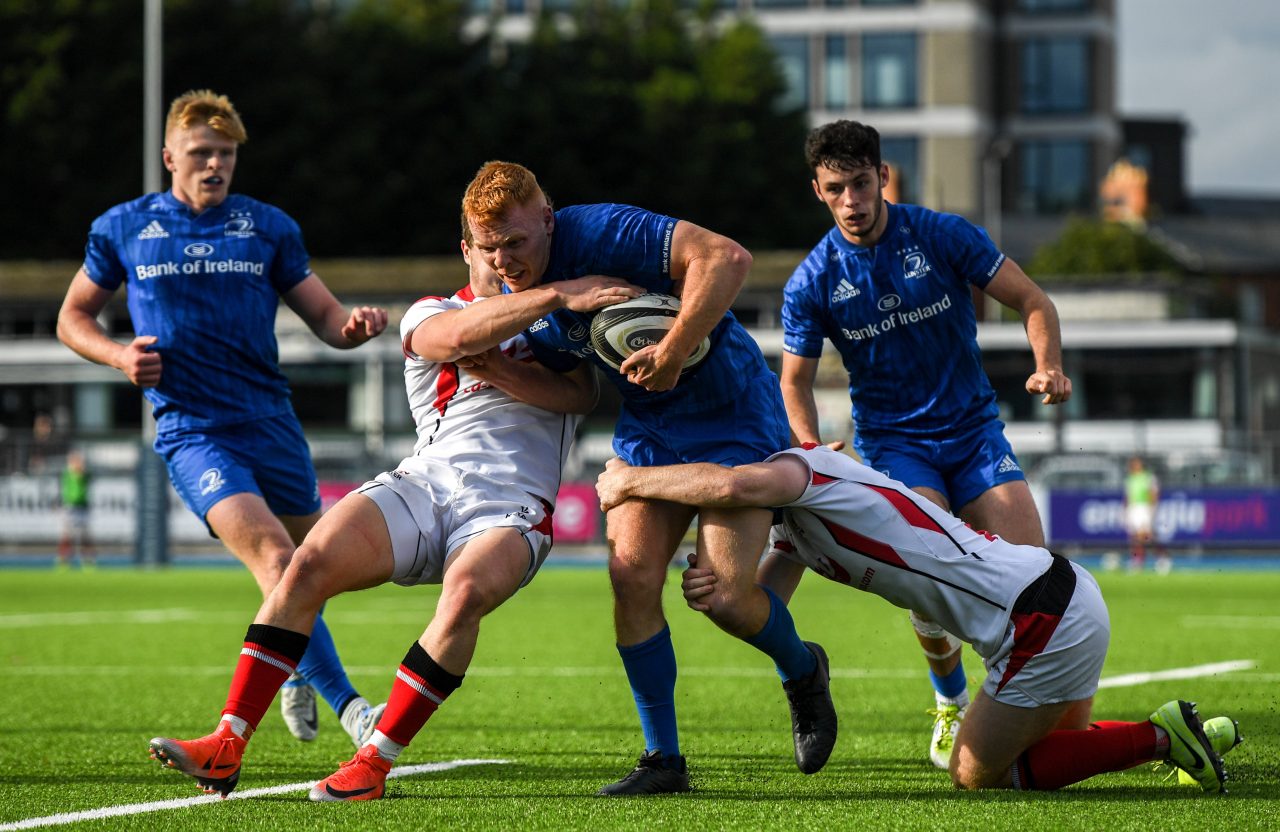 Leinster Rugby ‘A’ retained their Celtic Cup title at Energia Park with a hard-fought 31-10 win over Ulster Rugby ‘A’ on Sunday afternoon.

The victory in the final completed a run of eight wins from eight in the Celtic Cup for the ‘A’ team, including seven wins and the maximum 35 points in the round-robin stage.

Speaking to Leinster Rugby TV after the final, McNamara praised his team’s character and the progress the young squad made over the course of the competition.

“I think the most pleasing thing for me today is the performance to a degree but probably more so the character that the boys showed. For long parts of that second half, in particular, they were under enormous pressure.”

Ulster started well with a try from left wing Graham Curtis in the 13th minute.

Rob Russell responded for Leinster five minutes later with a penalty, but Bruce Houston stepped up to add three for Ulster to bring their lead back to seven.

Then in the second half, Harry Byrne came on and sent Russell over to stretch the lead out to 14.

Leinster absorbed a sustained spell of Ulster pressure when both Dowling and prop Tom Clarkson were shown yellow cards.

Some quick thinking from Paddy Patterson completed the victory when he took a quick tap close to the Ulster line and ran over.

“You’ve got to give huge credit to Ulster, they really turned up today. We played quite a part of that game with 13 players, not dissimilar to the seniors on Friday night.

“And the character that they showed to dig it out at the end, you have to be pleased with it.”

McNamara: “The boys showed character to dig it out”