McNamara makes two changes to Under-20 team to face Wales 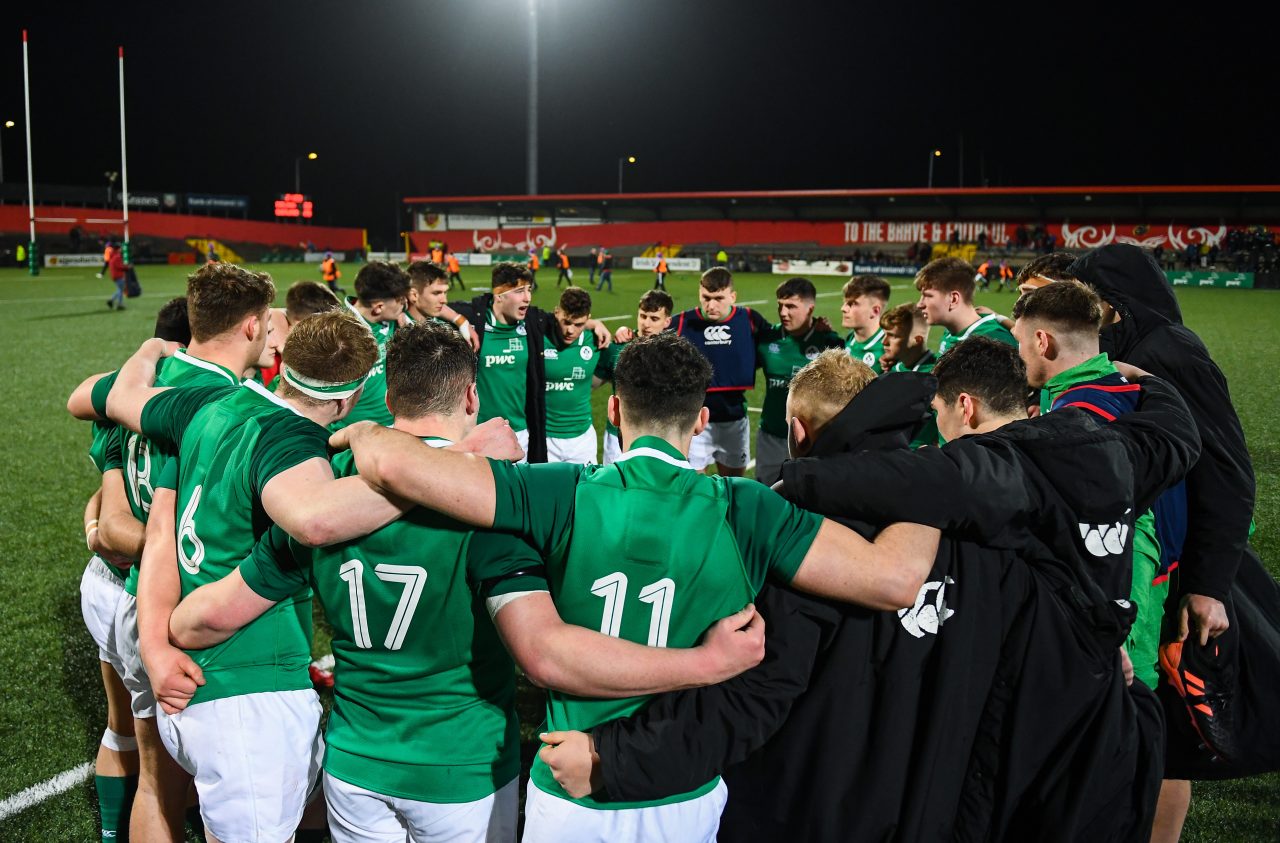 Head Coach Noel McNamara has made two changes to his Ireland Under-20 team to face Wales in Round 2 of the Under-20 Six Nations at Irish Independent Park on Friday night (kick-off 7.15pm, live on RTÉ2).

Ulster winger Ben Moxham is set for his first appearance at this age-grade, replacing Ethan McIlroy who is unavailable due to injury, while the other change to the starting XV sees Marcus Hannan come into the front row.

Otherwise McNamara has rewarded the players who performed so impressively in the opening round victory over Scotland in Cork last week, with Ulster’s David McCann once again named as captain.

Out-half Jack Crowley, who was named Man-of-the-Match in the six-try win over Scotland, will hope to pull the strings for Ireland alongside scrum-half Lewis Finlay, while Moxham joins Oran McNulty and Andrew Smith in the back three.

Clane RFC product Hannan is named at loosehead and joins Ulster hooker Tom Stewart and vice captain Thomas Clarkson, who has now started each of Ireland’s last seven Under-20 Six Nations fixtures, in the front row.

Thomas Ahern, who scored against Scotland, and Brian Deeny form the second row pairing, while the back row of Sean O’Brien, Mark Hernan and McCann is unchanged.

There is plenty of front row experience among the options available to McNamara from the bench, including John McKee, Harry Noonan and Charlie Ward, with Joe McCarthy and Cian Prendergast completing the matchday 23.

“We got things started on a positive note on Friday night in Cork and now that we are up and running in the Championship, we are looking forward to improving upon that performance,” McNamara said.

“This Friday night presents a new challenge against Wales. The players have worked hard during the week with the emphasis very much on ourselves and building towards this week’s game.

“We are excited about getting out and performing in front of our supportive and enthusiastic home crowd at Irish Independent Park.”