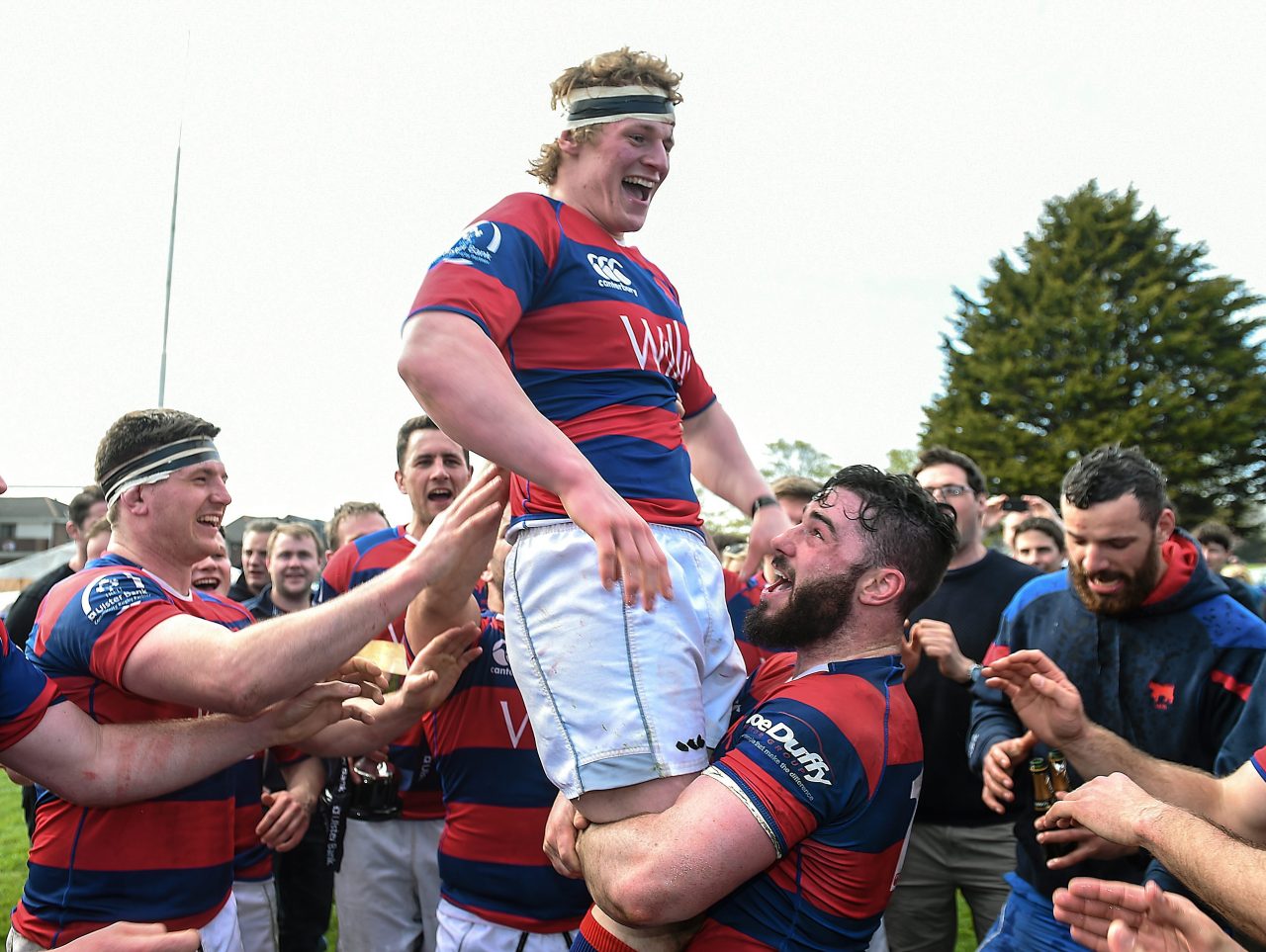 Ian Hirst, Royce Burke Flynn and Tony Ryan, who all play their club rugby with Clontarf FC, recently spoke to Leinster TV about playing in the All Ireland League and earning professional contracts with Leinster.

Earlier this summer it was announced that Clontarf FC’s Ian Hirst, Royce Burke Flynn and Tony Ryan had all joined Leinster Rugby.

All three played their part in Clontarf’s 2014 All Ireland League title-winning season, with Hirst and Burke Flynn also lining out for Leinster ‘A’ last year in the British & Irish Cup. Burke Flynn was also previously in the Leinster Academy.

Speaking to Leinster TV, all three were full of praise for the coaching staff at Clontarf who helped them achieve their goal of a professional contract with Leinster Rugby.

“They really prepare you as best they can. Although it’s amateur it’s as close to professional as you can get.

“Playing with Clontarf week in, week out, you can perfect your trade. It’s nice coming here to see how far you can push yourself.”

Ryan echoed this, but highlighted the higher intensity of the professional setup.

“It’s a lot of basics,” the back rower said. “The fundamentals, foundations are the same, but obviously here it’s a professional setup and it’s higher intensity. Everything’s done on a professional level.

“It’s nice to get recognised on a professional basis, come in here and do pre-season – you’ve got nothing to lose. You just put the head down and work hard.”

Watch the video above to hear more from Leinster Rugby’s new ‘Tarf trio.

You can play your part next season. Click here to visit leinsterseasontickets.ie.