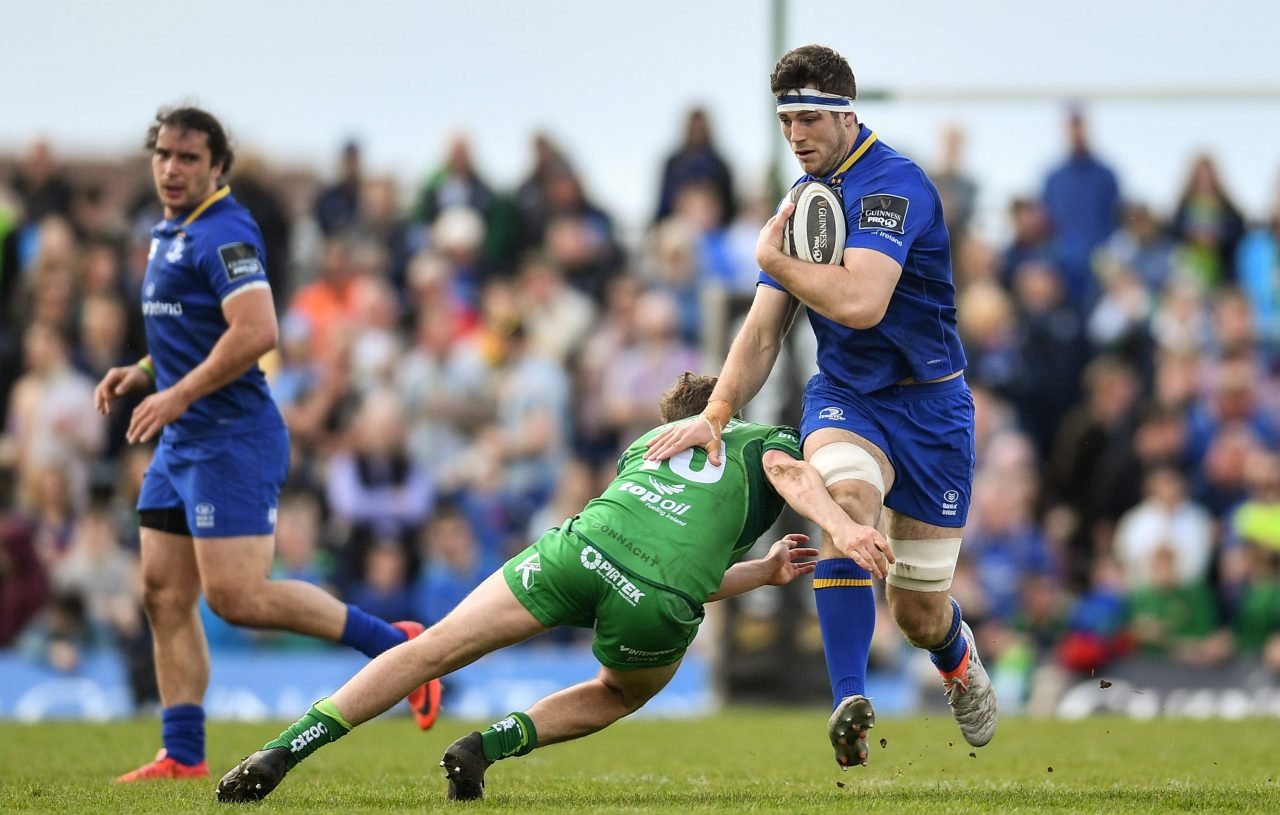 Earlier this season for an article in a match day programme we caught up with the current Ireland Under 20s captain Caelan Doris.

Having played in the pre-season friendly against Bath, the Leinster Rugby Academy player was looking forward to a promising season ahead – but he was also looking forward to Mayo accounting for the Dubs in the All-Ireland Senior Football Final!

However his season didn’t play out at Leinster like he would have liked and he was unlucky with injury in particular a serious hamstring injury. But he persevered and made his Leinster senior debut off the bench against Connacht in the Guinness PRO14.

He is now in France with the Ireland Under 20s leading the team and preparing for the World Rugby U20 Championship opener later this evening against the hosts (Kick Off: 8.00pm Irish time).

The match will be broadcast live by eir Sport in Ireland and online in non-geoblocked locations via World Rugby’s Facebook page and worldrugby.org.

You can read the full article below: 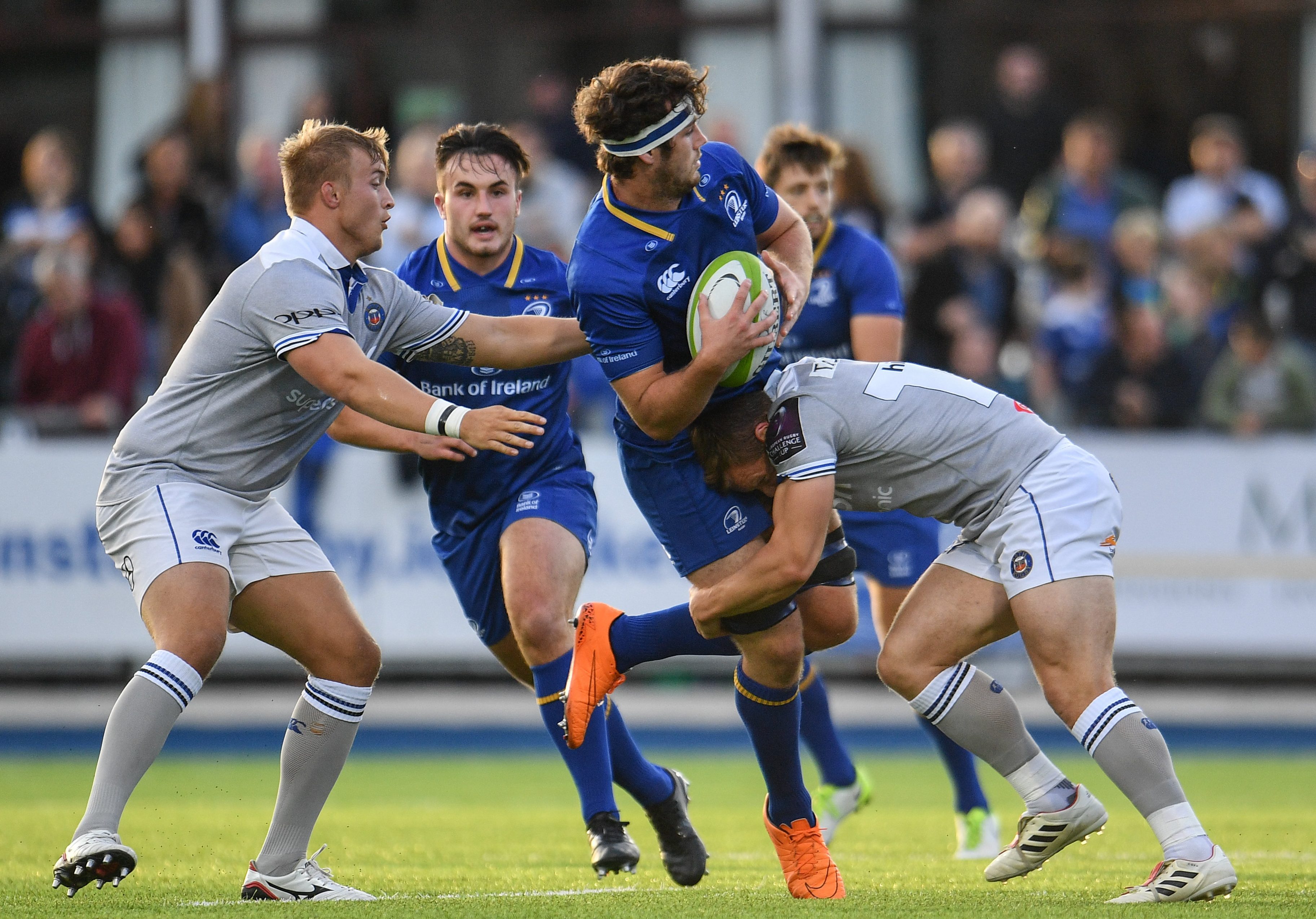 Caelan Doris is from Lacken right on the sea, a 20-minute drive from Ballina. That’s Ballina in Mayo.

It is a very rural area, the tiny village consisting of two family pubs Bessie’s and Maughan’s, the latter also owning the only shop, just a 10-minute motor from his family home.

The local national school Crevagh held no more than 30 kids and there was just one other boy in Doris’s class.

The first ball put in his hands was the round one at the Naomh Pádraig Gaelic football club, an amalgamation of four small hamlets in Ballycastle, Kilfian, Killala and Lacken.

Those tender, opening dozen or so years were spent on the windswept coast of North Mayo, though you wouldn’t know it from the accent. 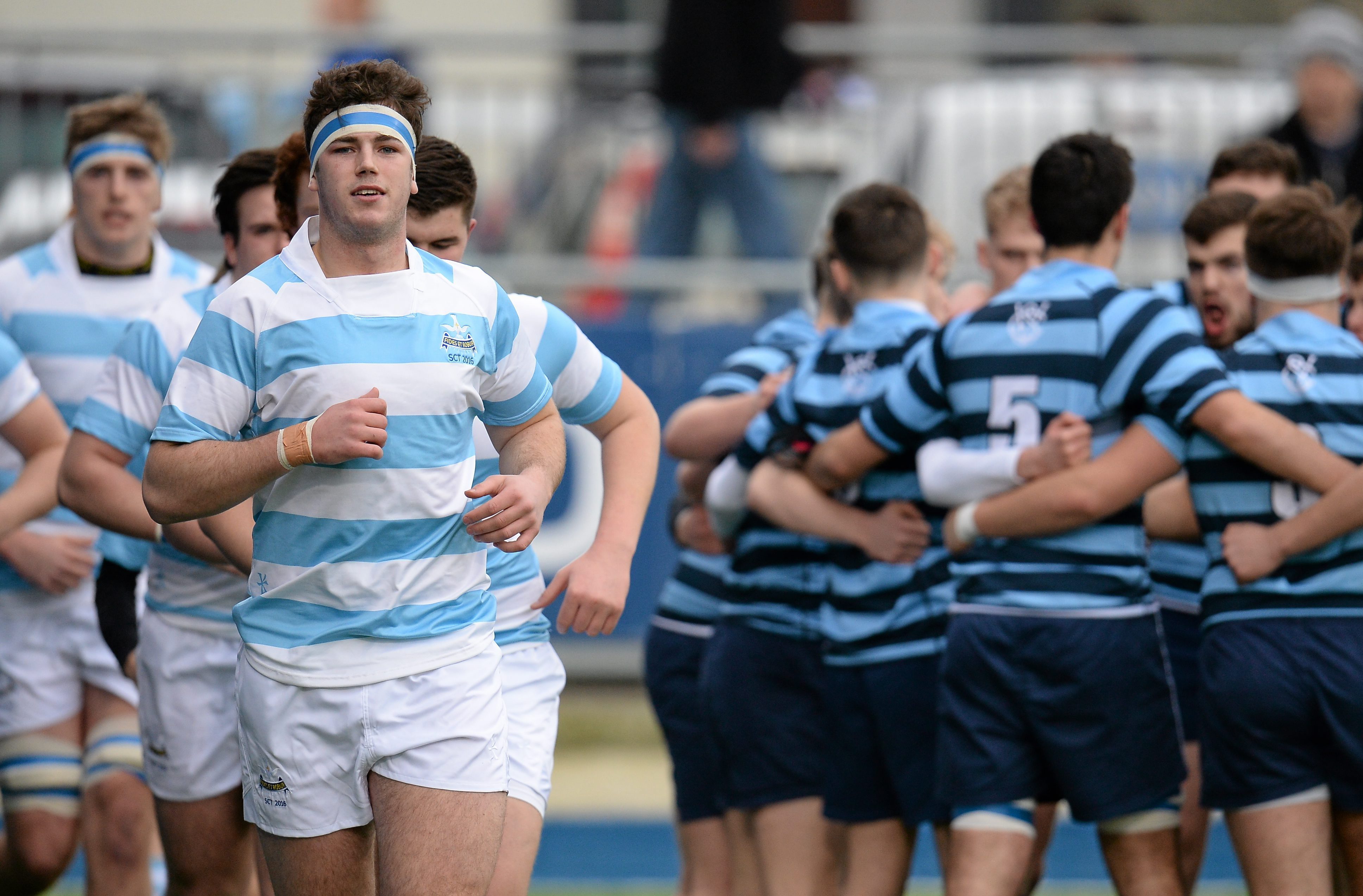 “I would say the six years in Blackrock College changed all that. Sometimes I wish I had held onto more of it,” he smiles.

Doris was always a likely candidate for the Williamstown school. It was the alma mater of his father Chris and uncles Connell and Kevin and he entered the doors there at the same time as his older brother Rian, who had previously attended The King’s Hospital.

“There were only about 100 boarders, twelve of us in first year, split up into rooms of two and three from second year on. There was a lot of study in the evening, but a lot of craic too.”

Far from home, it was also a time when Doris had to grow-up quickly and there are many achievements to confirm the impression of a young man mature beyond his 19 years. It all started when he was able to make the Blackrock College Senior Cup Team as a 15 year-old in 2014, quite an accomplishment in a school long on options.

“Yeah, I turned 16 two weeks after winning the Senior Cup final against Clongowes. I was just two or three months overage for the Juniors. It wasn’t a bad team. We were strong favourites that year.

“There was Joey (Carbery) at full-back, Hugo Keenan on the wing, Jeremy Loughman at prop, Nick Timoney, who is up in Ulster, Conor Oliver, who is down in Munster. There were quite a few professional players on it.”

While Doris began his life in Mayo, his parents Chris and Rachel are both from Dublin and most of his family are dotted around the capital city. The move from the rugby hothouse of Blackrock to the Leinster environment does not seem like the leap it is for others. 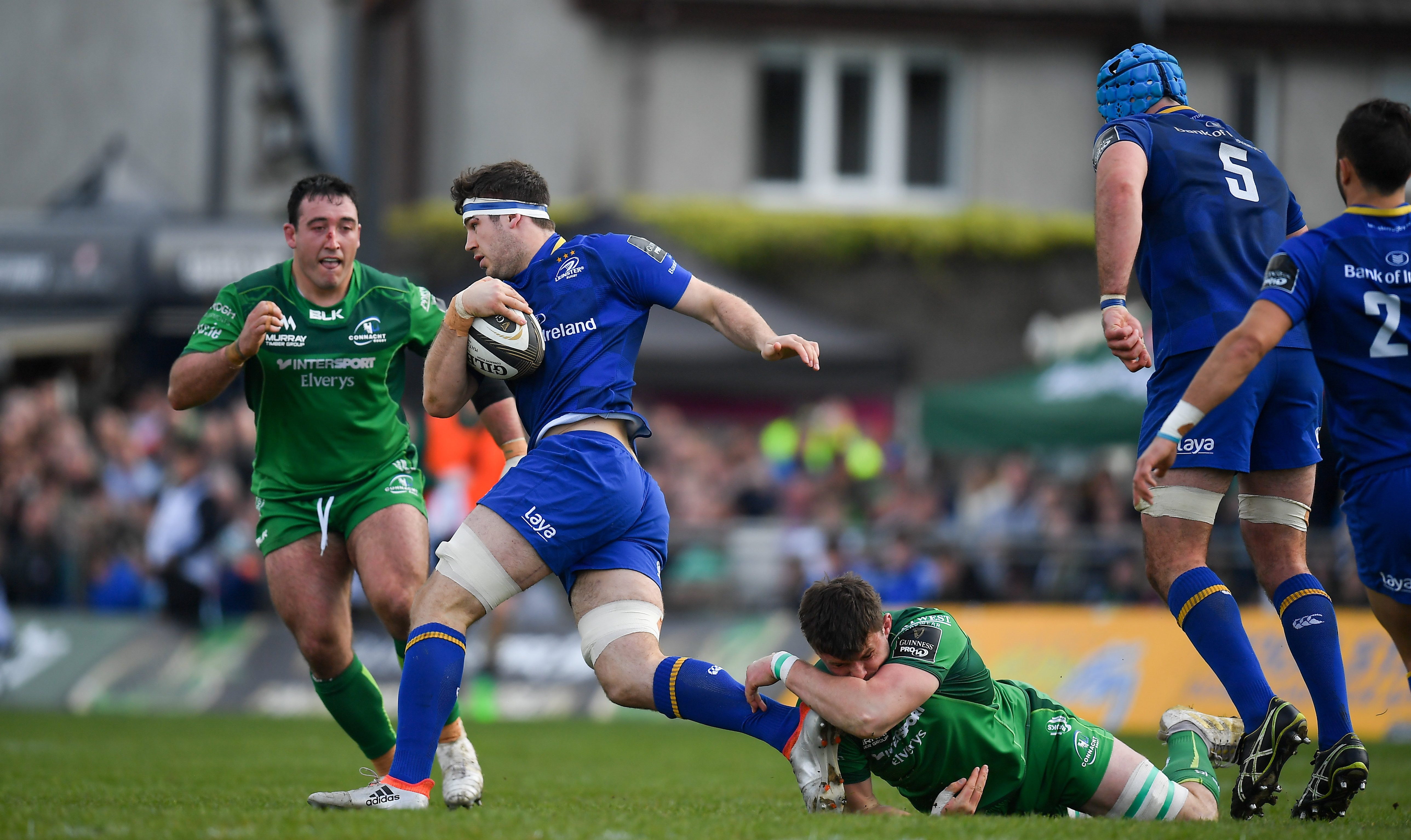 “In a way, yes; in a way, no,” he said. “There is still the step-up in terms of preparation, training levels, physicality and professionalism.”

Once away from the school environment, the burden of expectation that comes with a high profile can weigh heavily.

“I am usually chilled out. I don’t tend to over-think things too much,” said Doris

“When people talk about you, you don’t pay too much attention to it. You hear it and you put it to the back of your head, just get on with what you have to do.”

And what he has to do is split his time between the Leinster Academy and his psychology degree out in UCD in what is something of a post-rugby career move into the family business.

Parents Chris and Rachel are psycho-therapists and brother Rian has made the move to work as an intern in a performance company in the United States in advance of a planned Masters in Psychology.

Certainly, Doris got inside the heads of Leinster coaches Leo Cullen and Stuart Lancaster to start against Bath in a pre-season match at Donnybrook.

“I remember looking up at the clock nine minutes in and I was already blowing pretty hard. I eventually got going towards the end of the first-half and found it not too bad from there. It was the first game I had played in about two and a half months.”

It says everything about Doris that he lasted the full 80 minutes and grew stronger as the game got longer. Of course, the list of natural number eights at Leinster starts with Jamie Heaslip and ends with Doris, the super-talented Jack Conan and Max Deegan in-between.

While the other three have been boxed in as out-and-out eights, Doris is inclined to spread his options by extending his skill set to the details of a blindside, most notably in his work at the lineout.

There could have been an option to move to Connacht. He never even considered it.

“No, I’ve always said: ‘Mayo for football, Leinster for rugby. My uncle Connell played for Leinster U19s and my Dad played for Blackrock,” he stated. 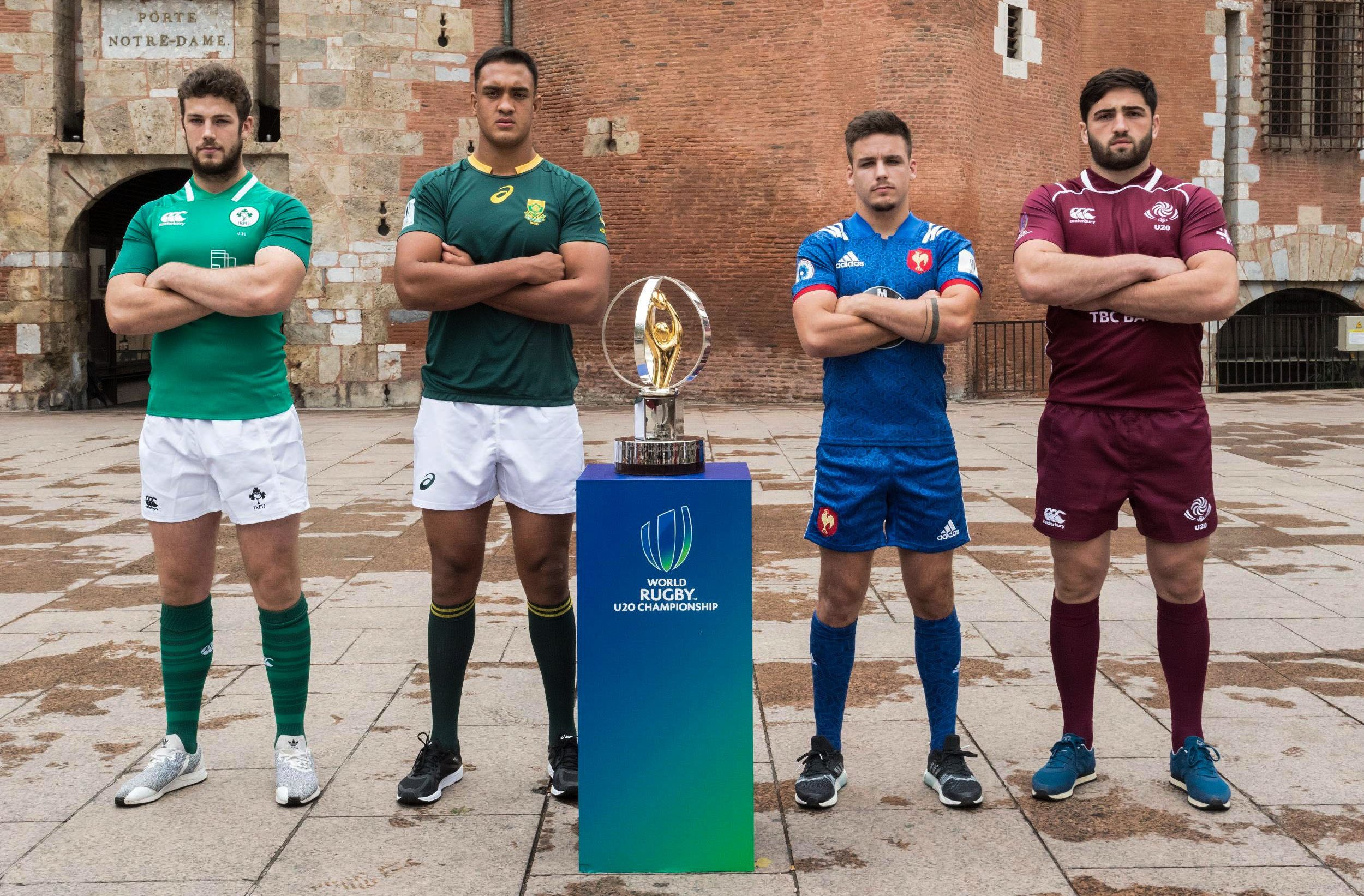 The 6’4”, 105kgs loose forward is modelling his game on his favourite player Kieran Read for the All Blacks’ captain’s incredible hands and lines of running. For the moment, the Ireland U20s are the main focus for Doris, their first camp taking place last Tuesday out in Enfield under new coach Noel McNamara.

This is a case of unfinished business as a catastrophic list of injuries before and during the World Cup in Georgia during the summer and a change of head coach mid-season from Nigel Carolan to Peter Malone led to a dismal campaign.

“This year will be a development year and my main focus is on the Ireland 20s,” he said.

Before all of that, Doris will have no split loyalty when it comes to Sunday week. It is Leinster for rugby, but it is Mayo for the All-Ireland.

Ireland U20 v France U20 – World Rugby U20 Championship