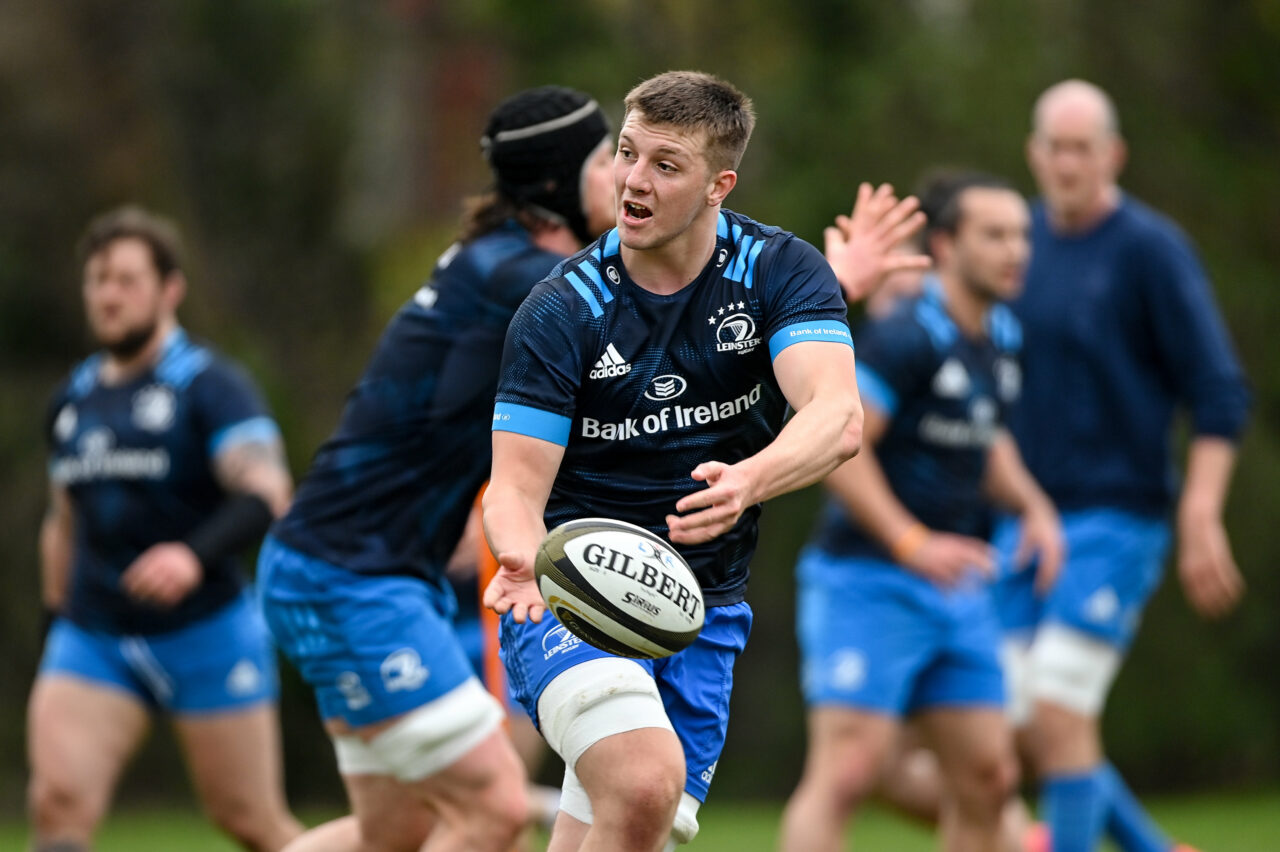 Leinster Rugby recently announced the Academy intake for the coming 2021/22 season with seven new players joining as Year One.

Leinster Rugby’s Head of Rugby Operations, Guy Easterby, said: “The seven new additions will add considerably to the group that we already have within our Academy system and they should all take inspiration from the 15 Academy, pathway and age-grade players that represented our Senior team in the PRO14 last season.

“The reality is though that their next challenge starts now and we look forward to doing everything we can to help these young men realise their ambitions on the pitch and continue to grow as people off the pitch.”

So, with that ‘next challenge’ in mind, here’s all you need to know about our new Academy players. 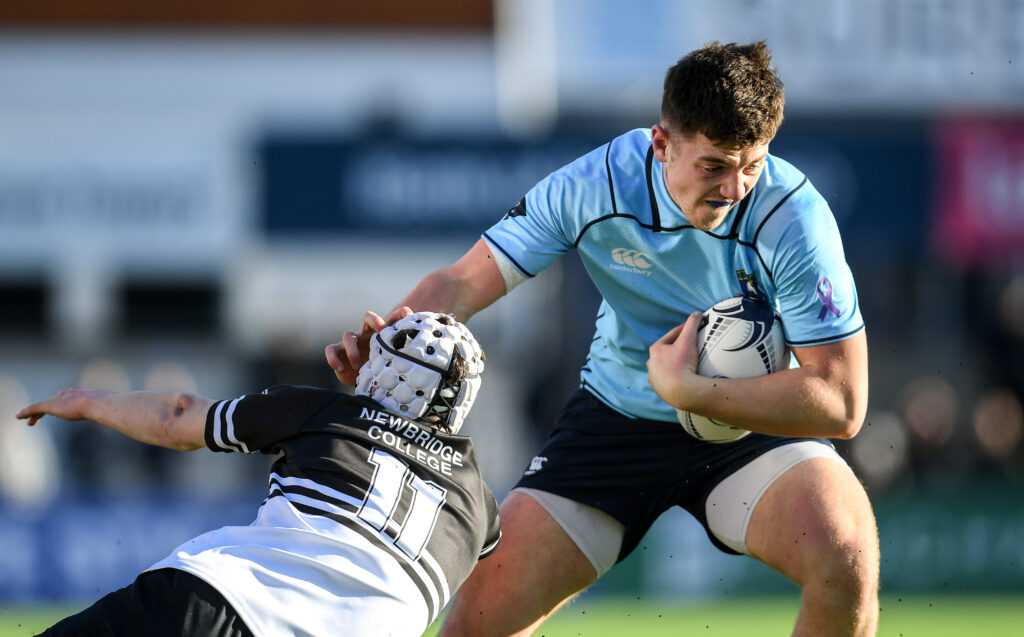 A hooker by trade, Lee Barron first took up rugby with Lansdowne FC in Ballsbridge.

From there, he attended St Michael’s College where he was a Bank of Ireland Leinster Schools Senior Cup winner in 2019.

Outside of the game, he’s an avid golfer and plays off a handicap of six. He’s also studying Business and Management in TUD. 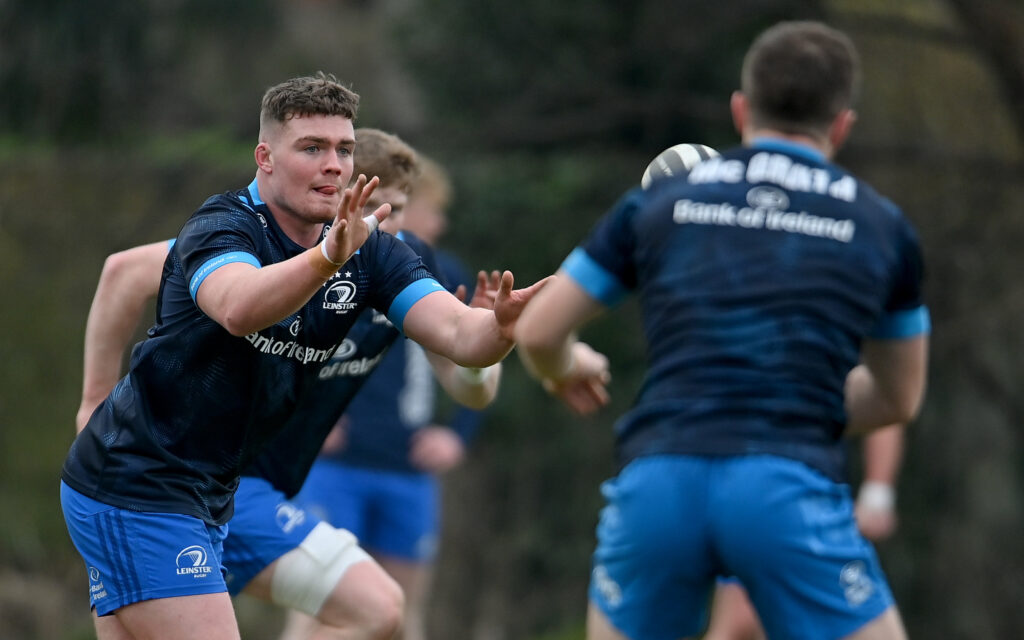 Our second new Academy member is also a member of the 2019 St Michael’s College Senior Cup winning team, of which there are four included in this year’s Academy Year One. His rugby journey initially began with Old Wesley RFC.

UCD Commerce student Boyle, fresh from a solid campaign on the loosehead side of the scrum for the Ireland U-20s, is also one of the college’s Ad Astra Scholars.

As well as having an eye for the try-line, he’s also accomplished in Athletics, winning bronze in both the hammer throw and long jump at Leinster Schools level.

His first memory of rugby is walking out at the RDS Arena as team mascot beside then captain Leo Cullen for the clash with Scarlets in 2008. 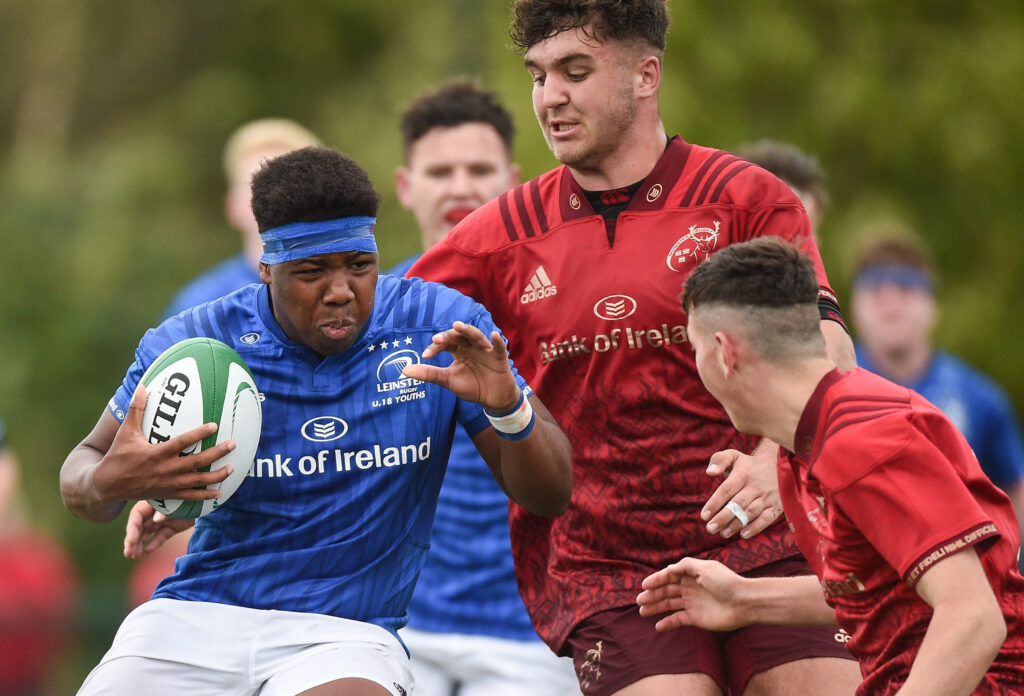 Another front rower, Temi Lasisi also enjoyed a spell with the Ireland U-20s over the course of their Six Nations tournament in Cardiff this year.

The TUD Mechanical Engineering student originally picked up the oval ball in Enniscorthy before later moving to Lansdowne FC.

A keen follower of Leinster great Cian Healy, Lasisi rose through the ranks in the Youths system, his first outing with the province came at U-18 level against Northampton.

He also describes himself as a ‘competent pianist’. 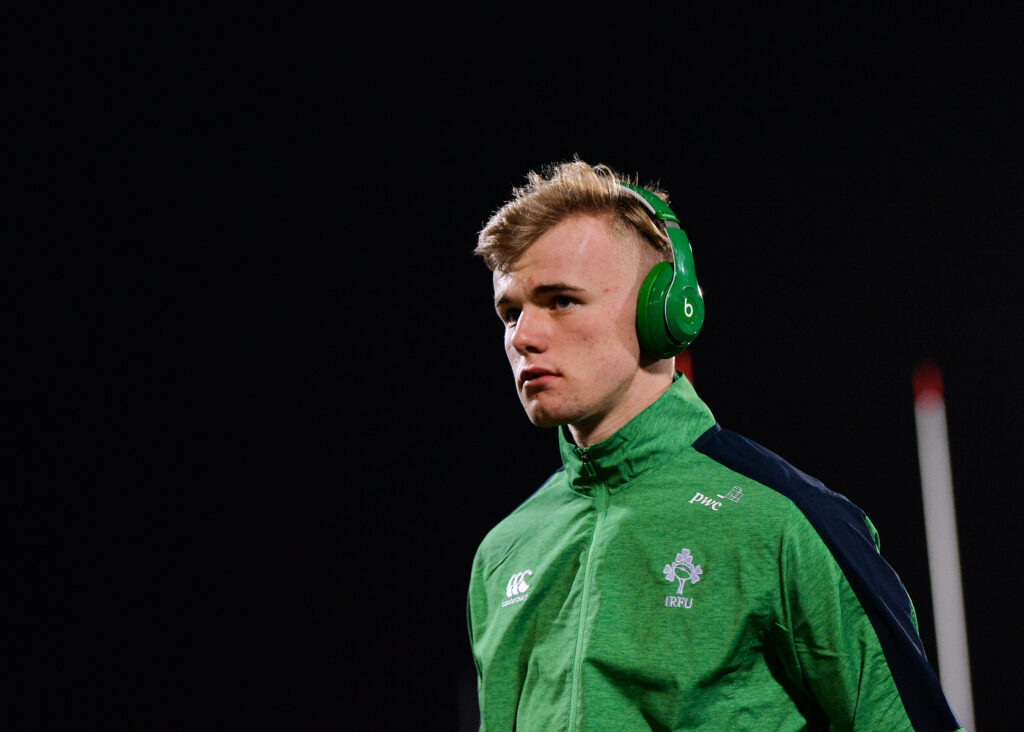 A triple crown winner with the Ireland U-20 team in 2020, scrum half Ben Murphy will be hoping this step into the Leinster Rugby Academy is just the next step on a long rugby career.

Like Boyle, Murphy has already experienced the thrill of running out at a packed RDS Arena, acting as mascot for the Edinburgh Rugby clash at the RDS in 2007 on a day where current senior team coach Felipe Contepomi was captain.

After being introduced to the game by Seapoint RFC, Murphy later attended Presentation College Bray where he joined up with the school’s teams.

Now a UCD student studying Economics and History, his playing days continued post-school with Clontarf FC and Old Wesley RFC while he spent some time with Munster Rugby on a short-term contract in late-2020. 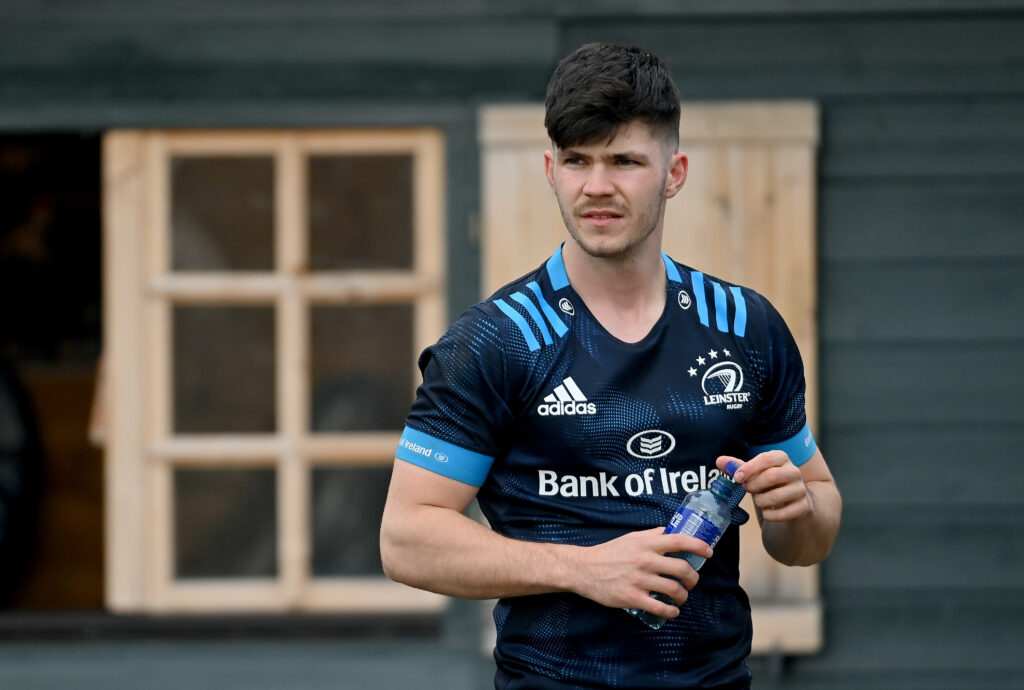 Another of the 2019 St Michael’s team, Chris Cosgrave is well-equipped to play any role across the back-line.

His athleticism is best highlighted by his feats in the field of Athletics with All-Ireland honours to his name in both the 4x100m relay and the Discus.

Cosgrave is a member of UCD RFC, where he is also an Ad Astra scholar studying Agricultural Science.

Before the UCD and St Michael’s College days, he played at a young age with Old Belvedere RFC. 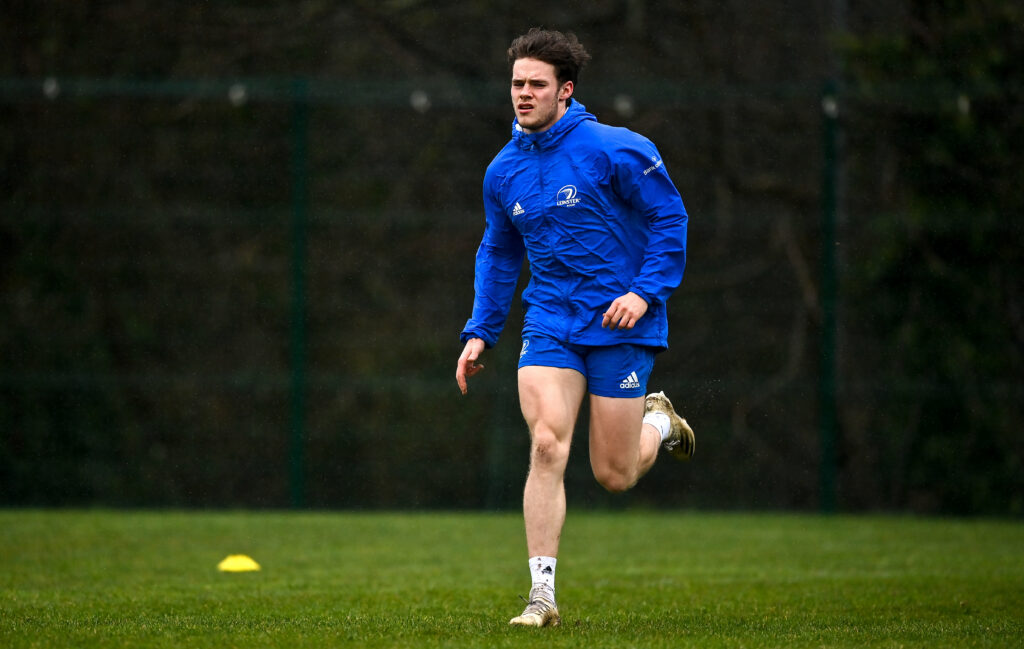 Rob Russell is the next on our list of new Academy entrants, a third year Business and Management student in TUD.

Russell is at his most comfortable in the number 15 shirt, starting there in the 2019 Celtic Cup win for Leinster Rugby ‘A’.

His rugby journey has moved between Wanderers FC, St Michael’s College and DUFC so far with more to come from the full back. He was named as part of Leo Cullen’s matchday 23 for the Rainbow Cup clash against Glasgow Warriors but unfortunately did not feature.

He has also dabbled in Gaelic football, lining out for the Kilmacud Crokes club. 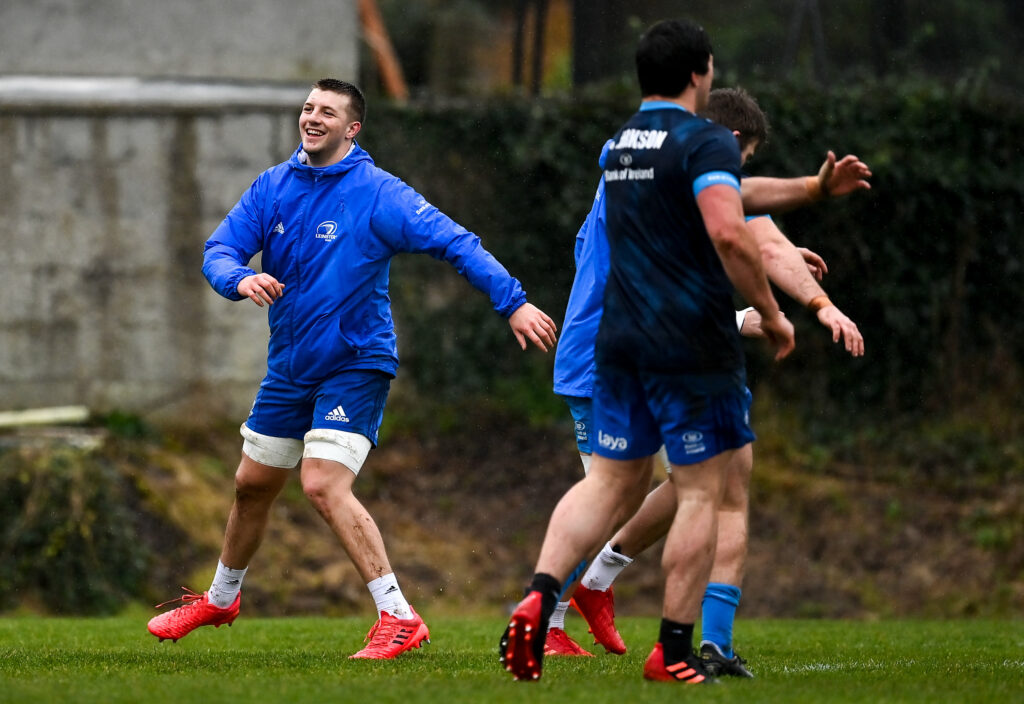 Mark Hernan is an openside flanker with experience of winning honours at the RDS Arena, captaining that 2019 St Michael’s College side to Senior Cup glory.

Before school, however, he was donning the colours of St Mary’s College RFC and since then has joined forces with Lansdowne FC.

He has experience of playing with Leinster ‘A’ over the last couple of years and has also trained on occasion with the senior squad.

Outside of rugby, Hernan is an avid cricketer and golfer. He has had trials at Leinster level in cricket while his golf handicap is currently 12.

He is also a grandson of former Lord Mayor of Dublin, Fergus O’Brien.