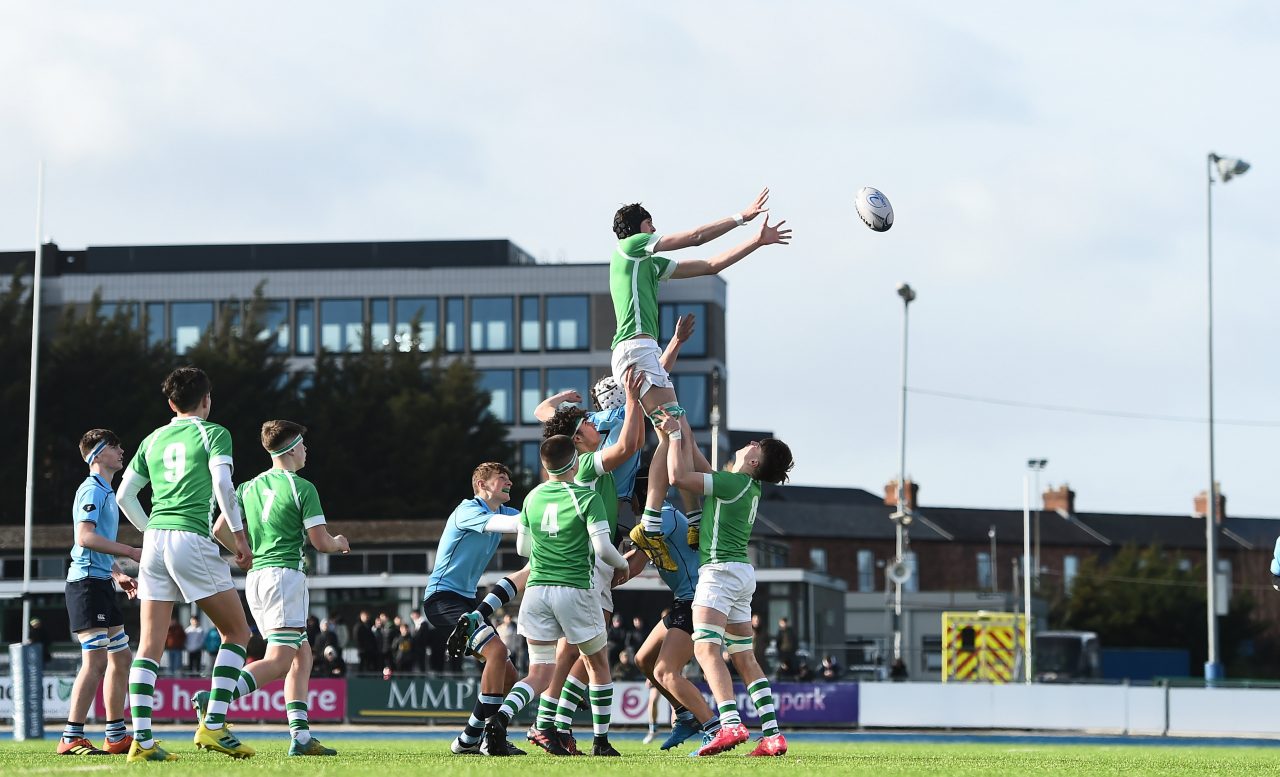 St Michael’s College will meet Blackrock College in the final of the Bank of Ireland Leinster Schools Junior Cup next Wednesday.

They are in the decider courtesy of a deserved victory over Gonzaga College in today’s semi-final.

The wind at Energia Park caused problems for both teams in the first half. Not only was the kicking game impacted but even short passes were being pulled away from recipients.

Michael’s dealt far better with the conditions and had a 22-5 half-time lead to show for that dominance.

They got off the mark when captain Zach Baird drove his pack over the ‘Zaga line and dotted down himself.

Gunne then turned provider for Michael’s second try of the afternoon with a sublime bit of skill.

The scrum-half offloaded the pill backwards over his head into the hands of Tiernan Hurley, releasing the winger through to score in the process.

Daniel Whelehan made it 19-0 in the 17th minute and Gunne converted again, in style.

Kicking from the sideline into a gale, the left-footer arced his attempt from wide-right of the posts to come back and squeeze just inside for the extras.

‘Zaga’s response was a positive one. Hugh Goddard was quickest to a loose ball and managed to collect and ground under extreme pressure.

They continued that recovery into the early phases of the second half and were given an additional boost when Sam Berman was shown a yellow card.

Luka Hassett was closest to adding points for Gonzaga, he was tackled into touch just shy of scoring their second try while full-back Hugo McLaughlin’s ball-carrying was a constant threat throughout the second half.

Ultimately, key players who had been at the heart of the Kilkenny College and CBS Naas victories for the Ranelagh school were unable to get into the same groove due to Michael’s line speed and aggressive tackling.

Michael’s coaches will be happy with the manner in which their defence held back the onslaught of Gonzaga attack.

The first and only points of the second half came when Hassett dived over in the corner with the 60 minutes already complete.

All eyes for St Michael’s now turn an exciting chance to do the double.