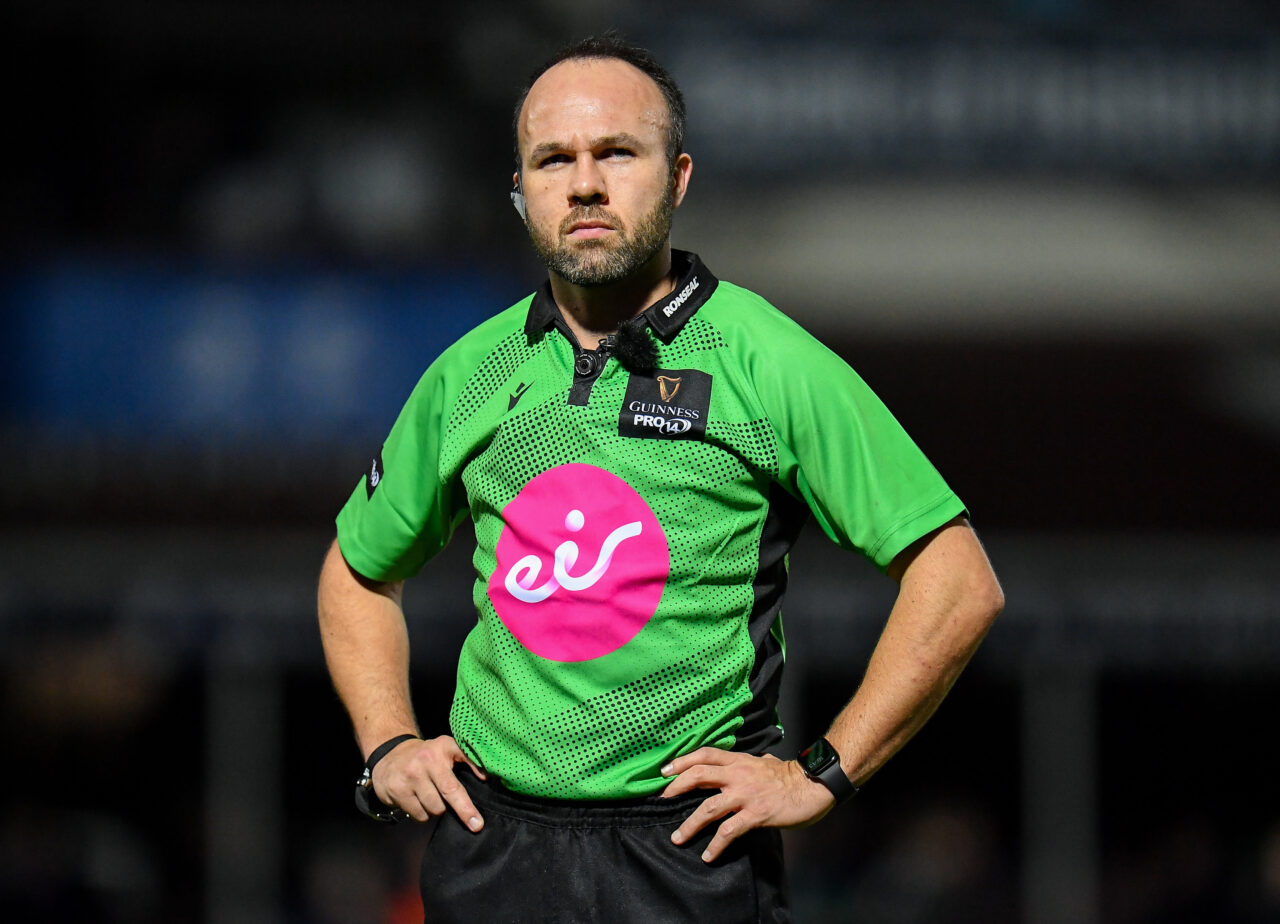 Mike Adamson will become the first Scottish match official to referee a Guinness PRO14 Final when he holds the whistle for this Saturday’s encounter between Leinster Rugby and Munster Rugby at the RDS Arena (KO 5pm, live on eir Sport and TG4).

The 36-year-old also recently refereed his 50th game in the Guinness PRO14 last month having made his Championship debut in 2016. Adamson, a former Scotland 7s player, is no stranger to a big occasion having taken charge of the 2019 semi-final between these two teams before acting as the assistant referee the following week for the 2019 Guinness PRO14 Final in Glasgow.

Adamson has also refereed at the 2016 Rio Olympics where he was appointed to the semi-final between Fiji and Japan. A product of the elite referee pathway, Adamson has become a leading figure for Scotland’s match official programme which has most recently seen Hollie Davidson referee her first game in the Guinness PRO14.

The rest of the match official panel for the game at the RDS Arena has also been confirmed. Seán Gallagher and Chris Busby (IRFU) will serve as Assistant Referees while Joy Neville (IRFU) has been appointed as Television Match Official.

Greg Garner, Elite Referee Manager of PRO14 Rugby, said: “Our final is about the best teams getting their opportunity to lift the trophy they have worked so hard for all year and everyone involved in the selection process for our match officials also wants the best performing referees to get their chance on the biggest stage.

“Mike’s appointment is rewarding to not only for him to referee his first final, but to mark the great progress that has been made by Andy Macpherson, Tappe Henning and their team in Scottish Rugby to develop new refereeing talent. Seven months ago Andrew Brace took charge of his first Guinness PRO14 final having begun his professional career just a year earlier than Mike (2015) and these two appointments should serve as great encouragement for all of our young officials.

“I would like to congratulate Mike and all of the match officials selected this weekend and wish them the very best of luck.”