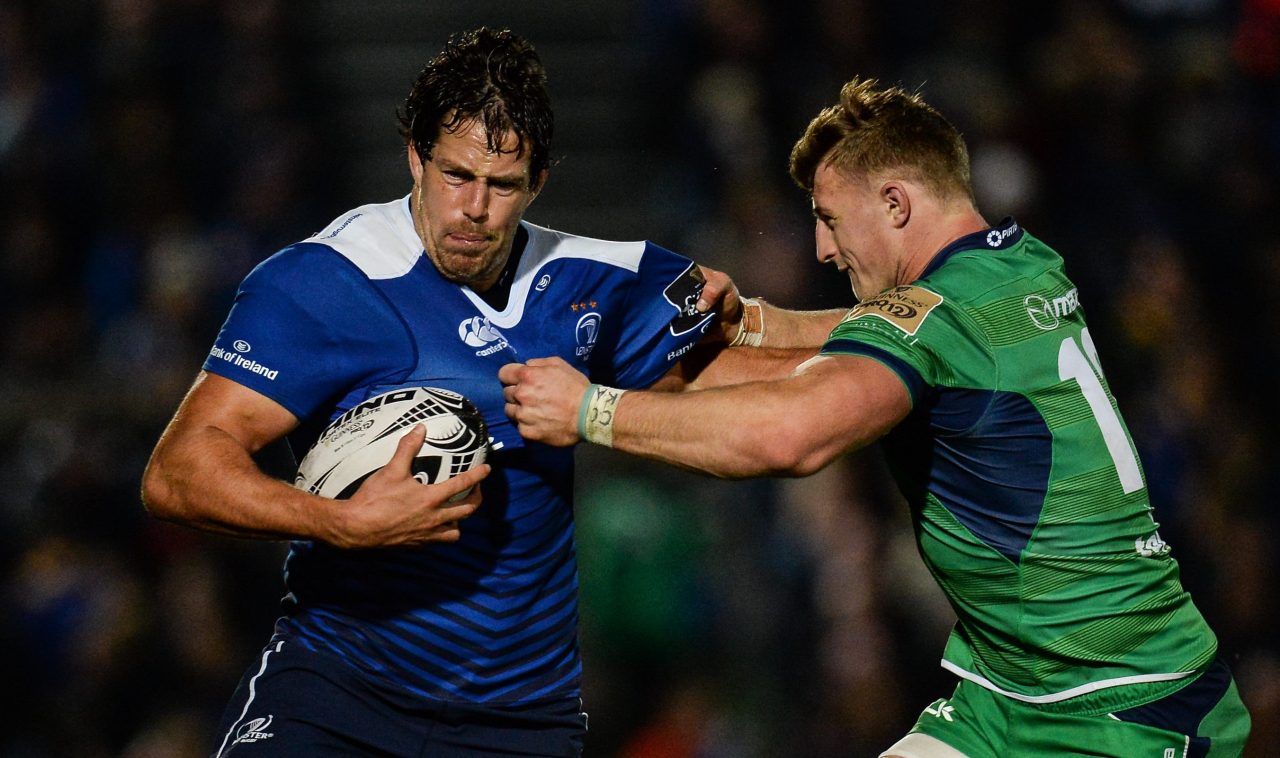 29 October 2016; Mike McCarthy of Leinster is tackled by Peter Robb of Connacht during the Guinness PRO12 Round 7 match between Leinster and Connacht at the RDS Arena, Ballsbridge, in Dublin. Photo by Seb Daly/Sportsfile

35 year old McCarthy has won 75 caps for Leinster since joining in 2013 from Connacht and won a PRO12 title in his first season lining out in the number five jersey in a 34-12 win against Glasgow Warriors in the RDS.

He has also won 19 Ireland caps since his debut in August 2011 against Scotland in a Rugby World Cup warm-up game and was a late call up to the Ireland squad in the 2015 Rugby World Cup.

Speaking after the announcement was made this afternoon McCarthy said, “I have loved my time in Leinster Rugby and am very grateful for my time here.

“But this is an excellent opportunity for me and for my young family and I am really excited for the challenge with Narbonne. There is a lot of ambition amongst the President and coaching team to rebuild this historic club and I’m really looking forward to playing a part in achieving this.

“However, firstly I’m focused on a big end of season with Leinster and hopefully repaying the Club and the supporters with some silverware. We are in a really good place on two fronts and I look forward to contributing over the next few months and finishing out as strongly as possible.” Leinster Rugby Head Coach Leo Cullen, who played with Mike McCarthy in his last season as a professional at Leinster, paid tribute to the London born lock today.

“Since Mike joined Leinster from Connacht in 2013 he has been a key figure in the dressing room. He has made a huge impact during his four seasons at Leinster and has always been fully committed when he pulled on a Leinster jersey.

“I was fortunate enough to play with Mike and he was always a fierce competitor. It was always nicer playing with him than against him!

“We would like to wish Mike and his family the very best of luck with their move to France as they depart on this exciting new adventure.”

To date, McCarthy has played on 55 occasions in the PRO12 and 20 in the Champions Cup for Leinster Rugby and last season against Toulon in the Aviva he went past the 300 caps mark in senior professional rugby. A remarkable record.

Everyone at Leinster Rugby wishes Mike and his family the very best of luck with the move and look forward to seeing him a few more time in blue before his time is out…and maybe even seeing him cross that try line for an elusive first try!