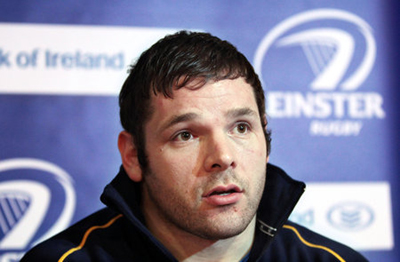 Ross, who has now won 7 caps at tight head for Ireland since making his debut against Canada in 2009, has also made 39 appearances for Leinster since moving from English Premiership side Harlequins in 2009.

Mike Ross said: “It’s been an enjoyable couple of months for me and I am delighted to be able to have my new contract agreed and to remain playing for Leinster. Since coming back to Ireland, Leinster really has become my home and hopefully I can continue to maintain my performance levels to help keep the team successful and also keep me in the frame for selection for the Ireland team.”

Leinster Coach Joe Schmidt added: “Mike has been a consistent performer for Leinster this season and we are delighted that he has committed his future to the province. A popular member of our squad and a formidable scrummager, Mike has really come into his own at provincial level and more recently at national level and we are confident that his best years are still ahead of him.”

Ireland Coach Declan Kidney commented: “The IRFU’s policy of keeping as many players in Ireland as possible is an important part to helping Irish Rugby challenge for success in competitions at all levels. The news that Mike has made the decision to carry on his career in Leinster is good news for everybody concerned as he has continued to progress well and is a valued member of the international squad.”