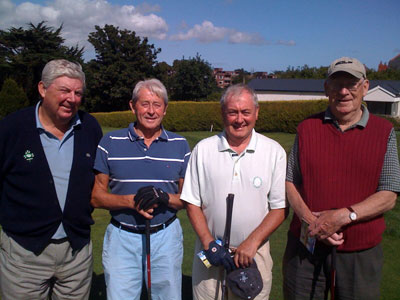 The weather was superb and the course was playing hard as 12 groupings went out after lunch.

Leinster Rugby’s Domestic Rugby Manager, Phil Lawlor, won the closest to the pin competition and John Cantrell had the longest drive. Dr. David Moore had the shot of the day with a hole in one on the par 3 twelfth.

Tony Twomey won the Past President’s Prize while another Past President, Michael McLoughlin, won the overall prize for 2010. Leinster Rugby would like to congratulate the winners and thank the Green Keepers for the great condition of the course and all the staff in Milltown Golf Club for their hospitality.