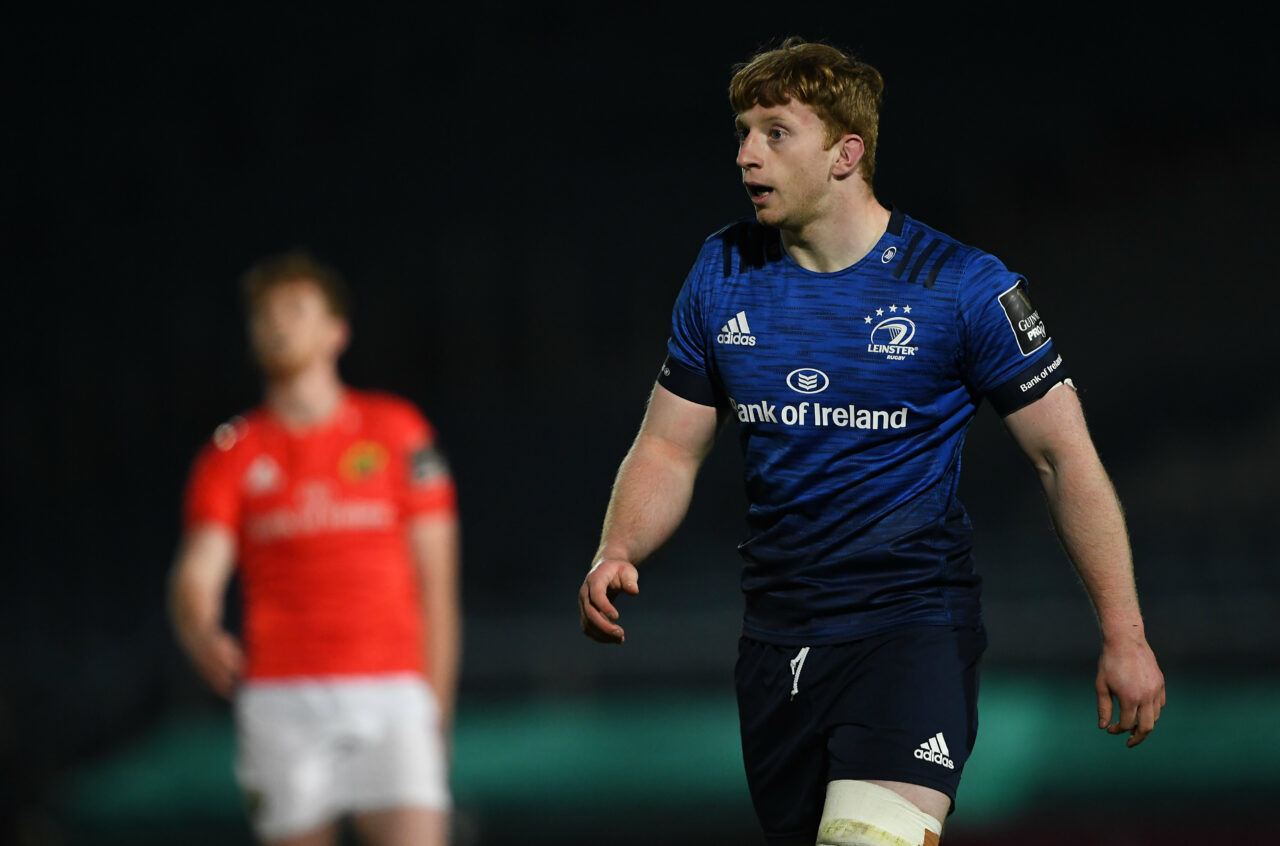 The call had come from the coaches box above that he’d be replacing Ryan Baird and making his Leinster Rugby senior debut.

As the clock edged into the 71st minute, Moloney, wearing the number 20, made his maiden appearance in Leinster senior blue and in doing so, became the 1300th player to pull on the famous blue jersey.

The bright Saturday night lights of the RDS Arena for our latest senior player, were a far cry from the Ormeau Ground in 1875.

While the first official meeting of the Leinster Rugby Branch was held at 63 Grafton Street on October 31, 1879, the first inter-provincial match had actually taken place a few years before that between Leinster Rugby and Ulster Rugby.

According to ‘Rugby in Leinster 1879-1979’, a book published by the Leinster Rugby Branch to celebrate its centenary, ‘the day was fine and attendance was about 1000’ and in those early days, teams were 20-a-side.

The Leinster Rugby team that day, was:

Dublin University had 11 players in the 20, with Wanderers having six representatives and Lansdowne, Kingstown and Bray the other clubs represented.

Moloney is the latest player to stand on the shoulder of those giants. 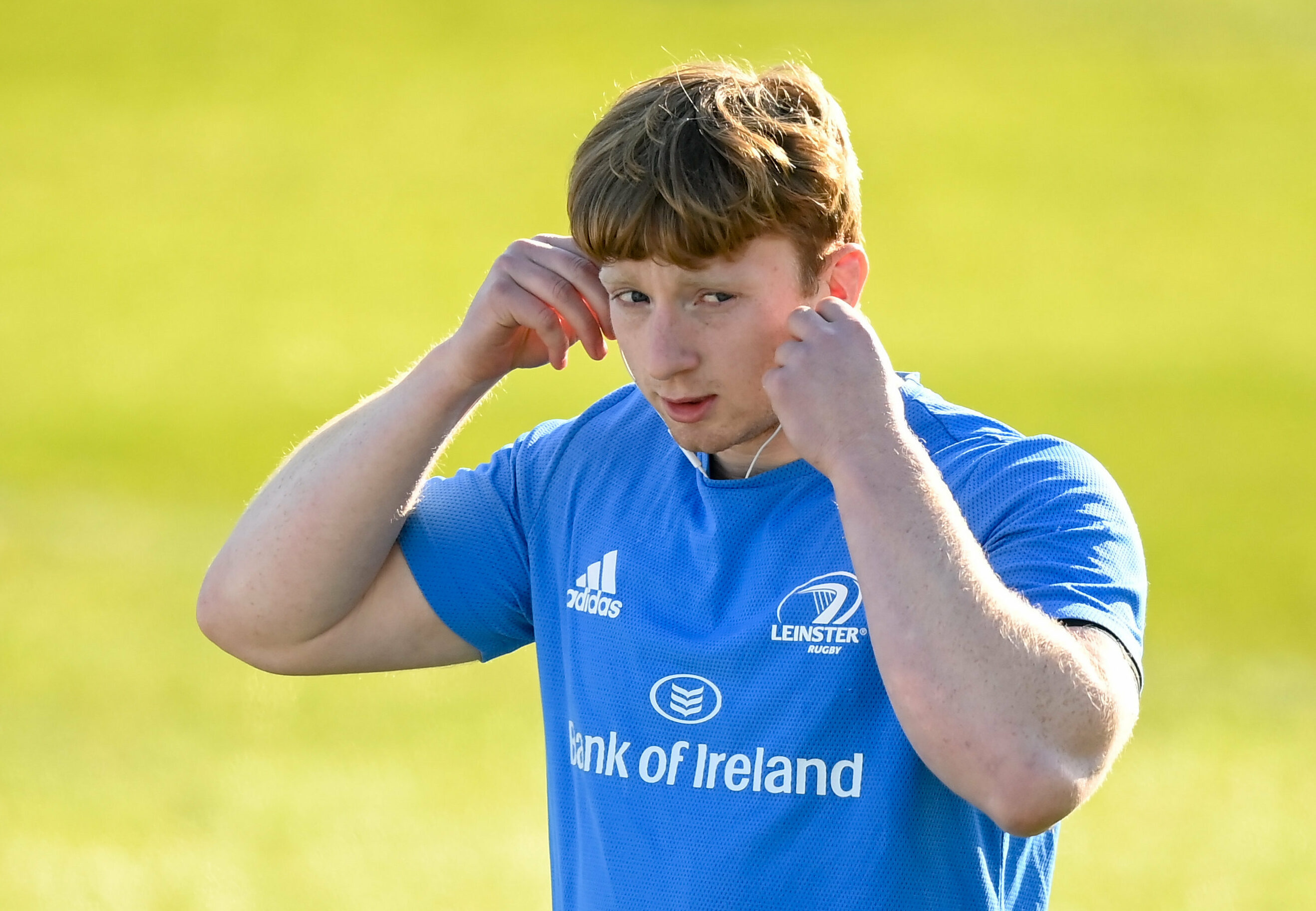 The 21-year-old back row is a native of Kildare and played his club rugby with Athy RFC, coming through the ranks via the Shane Horgan Cup and representing the North Midlands Area.

“It fit nicely in with the GAA as well because a lot of the lads I was playing against in the GAA I was playing with in rugby. You move on from the minis to the underage games, U-12s, U-15s on the full pitch where it gets more serious.

“From there, at U-15s, you can be put forward for the five regions in Leinster, the Midlands, the North Midlands, the South-East, the North-East and Metro. They all then compete in the Shane Horgan Cup.

“You are beginning to see the pathway (to represent Leinster Rugby) when you go to those trials for North Midlands U-16s, even a year before that when lads from Athy, like Lee Hendy, went to trials.”

Moloney mentions his GAA background and he was an accomplished player with local club St. Laurence’s and he played hurling for Kildare while also playing Gaelic games and basketball for his secondary school, Knockbeg College.

But the rugby he was enjoying at Athy RFC and the opportunities he was getting and taking at trials started to pull him towards the oval ball more and more.

From those U-16s Area trials, and then representing his Area, Moloney was then into the Leinster Clubs team and it wasn’t long before he was on the national radar.

“Then, there was one year with the Ireland U-18 Youths and I also played for the combined Ireland Schools-Youths team in the U-18s Festival held in Wales.”

Back then, in 2017, Ireland managed to come back and win from a 19-point deficit with just 20 minutes left on the clock in what was a prequel to their heroics at the U-20 grade in 2019.

It marked the moment when their coach at the time Noel McNamara prophesized how they would go on to win an U-20s Grand Slam.

What do you know, two years later, in March 2019, the Ireland U-20s had to go to Colwyn Bay in Wales where they never win. And they won. It was an achievement built largely on the back of a unique bond that developed between like-minded individuals.

“There is always a danger that the players can stay in their provincial groups,” he noted about the historic U-20s campaign in 2019.

Two years on from that momentous win in Wales with the Ireland U-20s, Moloney is now a student at UCD studying Business and Legal Studies.

Away from the books he is still making inroads as part of the Leinster Rugby Academy and also, initially, with Old Belvedere and most recently with Clontarf in the Energia All-Ireland League.

And now it’s his time in a Leinster Rugby jersey.

“Massively honoured to make my debut and especially with the calibre of players that I did. To do it with Cormac (Foley) as well is an absolute honour.”

He has had to be patient though with knee and hamstring injuries over the last few years delaying his progress but when a late injury to Caelan Doris meant an opening on the bench last weekend against Munster, head coach Leo Cullen wasn’t long in calling on the Athy man.

It was up to him then to make sure he was ready.

“I would have been a traveling reserve at the start of the week but you learn from other Academy lads being traveling extras and then being called up, that you prepare as if you are playing and that’s what I tried to do early on in the week.

“When it became apparent that I’d be on the bench, I was delighted and I just tried to focus on my role and detail.”

With one cap to his name, the 1300th player to play for the province isn’t about to rest on his laurels.

“The Rainbow Cup rounds are coming up again shortly so there will be plenty of opportunities to train and hopefully I’ll get another crack of the whip.”

And of course the 1300 players and stories that have contributed to the legacy, to the jersey, to the four stars.